A year after the New Brunswick government agreed to pay for an 11-year-old boy's medication for a genetic bone disorder, things aren't looking good, his mother says. 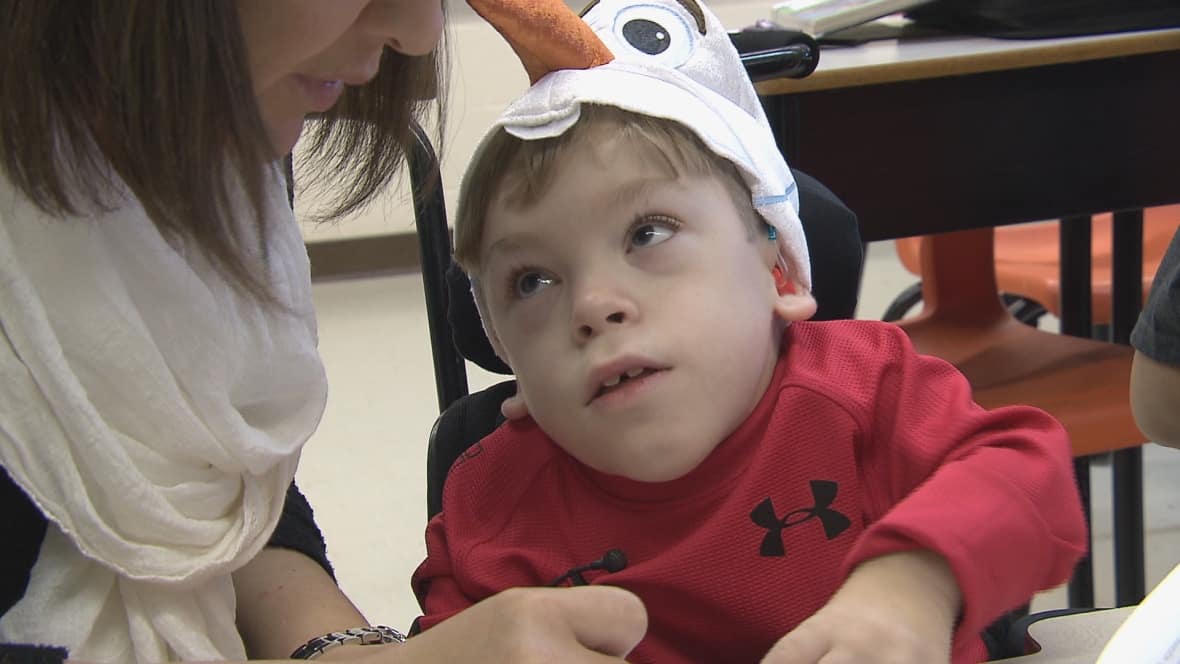 "It breaks my heart," said Carolle Mazerolle, mother of 11-year-old boy who suffers from Morquio syndrome, a rare genetic disorder affecting the bones and joints.

4 years agoVideo
0:50
A year after the New Brunswick government agreed to pay for an 11-year-old boy's medication for a genetic bone disorder, things aren't looking good, his mother says. 0:50

A year after the New Brunswick government agreed to pay for an 11-year-old boy's medication to a genetic bone disorder, things aren't looking good.

Health Minister Victor Boudreau had approved the drug coverage on a trial basis for Morgan Doucet, who has Morquio syndrome. The cost of the drug, estimated at up to $300,000 a year, was to be paid for 12 months.

But Morgan has had problems taking the drug, called Vimizim, said his mother, Carolle Mazerolle. He took 18 doses off and on but it brought severe side-effects, including nausea. So his mother decided to take him off the drug.

''It breaks my heart," said Mazerolle. "We fought so hard."

Vimizim doesn't cure Morquio syndrome, a degenerative disorder of the joints and bones, but it can slow down its progress.

Mazerolle fought the provincial government to get it to pay for the medication, which was new, after it initially refused.

"I fought for a year and a half to get it. And then finally the government gives it to me, and then it makes him sick," she said. "Vimizim helps everybody else, I don't know why it won't help Morgan.''

Morgan said the drug did help him when he could take it. He had an easier time breathing and felt stronger.

But Morgan and his mother aren't losing hope.

''We got one more thing we can try," said Mazerolle. "We're going to try an allergy test, see if he's not allergic to something that's in the Vimizim. And if it is, maybe we can do something for that, but if not, treatment is over."

And if it is over, Mazerolle said it was still worth the fight, because it might have opened the door for other children with similar conditions.

The province has not said whether it would continue paying for Morgan`s medication.

Boudreau said in a statement that he wouldn't comment on this case for confidentiality reasons but the government could continue covering the cost of a medication if a doctor shows the patient was benefiting from it.