Trip ends in tears, begging for water after family's flight to Fredericton cancelled

Cancelled flights, lost luggage, busy helplines, and sold-out hotels kept family in Montreal limbo for hours until husband Gururaj Mahajan decided to just drive over and get them.

Husband drove to Montreal, picked up his family, drove back instead of waiting 3 days for next flight

When a 14-hour round-trip to pick up your partner makes more sense than flying, something is wrong.

That's what a Fredericton man had to do on Saturday to bring his wife and her parents home from Montreal.

Ankita Garud and her parents were travelling from India. Things went smoothly in Mumbai and Doha, until the second-to-last leg of their journey when they landed in Montreal.

Cancelled flights, lost luggage, busy helplines and sold-out hotels kept them in limbo for hours until husband Gururaj Mahajan decided to just drive to Montreal to get them.

"It is lack of ownership, lack of compassion, lack of caring," he said. "I understand they're stretched [thin] but at the same time please don't accept booking if you're not going to fulfil them.

"You can't pack us like sardines and cancel them anytime you want."

The family is not alone in suffering from travel delays and airport chaos. People are travelling more, and airlines and airports are dealing with staffing shortages, meaning things are not working as smoothly as they used to. And it's not just a big-city problem. At Greater Moncton Roméo LeBlanc International Airport this week, people were waiting for a delayed flight for hours with no way to get food until the airport restaurant opened.

Garud said her parents are elderly, and both need wheelchairs. Their boarding passes were marked accordingly, and they got wheelchair assistance at the two other airports they passed through.

However, when they arrived in Canada assistance was nowhere to be found.

Worried they would miss their next flight, Garud dragged all of their luggage, and helped her parents to get across the airport, get through customs and immigration and check their luggage again.

"We had this experience after a 13-hour flight from Doha to Montreal, and they were very tired," she said.

And that was just the beginning of their troubles. Only after they checked their luggage were they told their flight to Fredericton was cancelled.

Air Canada did not offer them any accommodations or food, and the airline also booked her parents' flight for Sunday and Garud's flight for Tuesday, an arrangement that wouldn't be safe for them, she said.

"They are not that good with the language at the moment … They have a phone, but the line is from India. So the international phone connection was not there. They're not that great with mobile phones to get themselves connected to Wi-Fi," she said.

'Please let me buy this bottle of water'

While they were trying to figure out what to do next, it was time for her parents' afternoon pills. The airport was chaotic, Garud said, and the line to buy a bottle of water was at least an hour long. She stood in line for 45 minutes, but couldn't wait any longer.

"I broke down looking at them," she said.

"I broke that queue or that line, and I went to the checkout person and I said, 'Please let me buy this bottle of water.'"

While Garud was trying to get information from staff, and some water for her parents, her husband was at home in Fredericton calling the customer service number and hotels around the area. 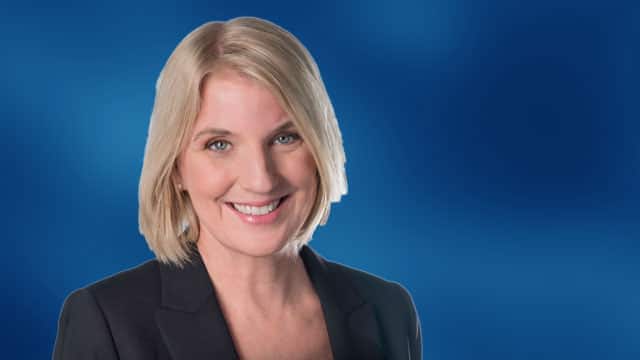 There was no answer on the line after an hour of trying, he said, so his sole purpose at that point became to find a safe place for his in-laws to rest.

Most hotels were booked up, but he did find one eventually. As soon as the booking was confirmed, Mahajan hit the road for the seven-hour drive.

He got to the Montreal hotel at 3:30 a.m., eastern time, after a few stops for coffee. Garud was up to greet him.

"When I saw Guru at the hotel I was in tears. I just hugged him and I couldn't let him go," she said.

Garud said one of the worst things about that experience is that it was her parents' first impression of Canada.

"My dad just mentioned that this would be their last visit to Canada. He said, 'This looks very frustrating, and we don't want you to be in such a stress,'" she said, which greatly disappointed her.

"This is not how it is supposed to be," she told her dad.

What about the luggage?

The family got to Fredericton without their luggage, but luckily they had a friend who was dropping off their parents at the Montreal airport and coming back to the city. The friend was shown to a lobby full of unclaimed bags and told to 'go fetch,'" Mahajan said.

"[Finding] every bag was like a million dollar [lottery]," he said. "We were all for rejoicing."

Air Canada did not respond to a CBC request for comment about delays or the family's experience.

With files from Vanessa Blanch