Two recent fires at a Moncton trailer park are exposing the problem of a lack of fire hydrants at these parks, which were built prior to new fire safety regulations.

3 trailer parks were built before requirement to install fire hydrants 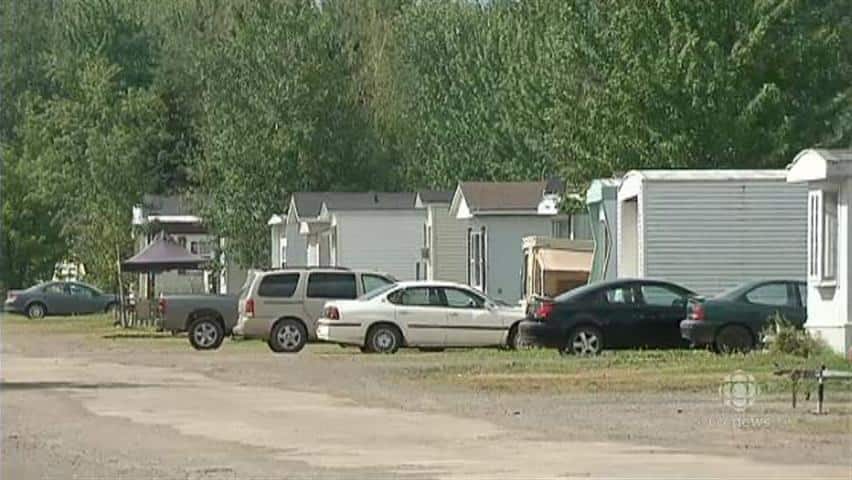 8 years ago
1:38
A series of fires at Moncton trailer parks has sparked concern from the fire department because many of the parks don’t have fire hydrants. 1:38

Two recent fires at a Moncton trailer park are exposing the problem of a lack of fire hydrants at these parks, which were built prior to new fire safety regulations.

There have been two fires at Ryder Park in Moncton’s north end in the last two weeks and each posed a challenge to local firefighters.

"There's no hydrants readily available on the street. So we have to use hydrants close to us, which is Mountain Road, which is several hundred feet away," said Don McCabe, Moncton’s deputy fire chief.

McCabe said there are at least three trailer parks in Moncton in the same situation as Ryder Park and do not have fire hydrants on their streets.

Tanker trucks must be dispatched to these fires to ensure firefighters have a steady water supply to combat the fires.

One tanker truck holds nearly 7,000 litres of water, but that is far less than a hydrant can provide.

"Hydrants is an unlimited water supply. They're usually located every 350 feet apart, so they're usually easy to catch them and they're always within range of our engine capacity," he said.

A spokesperson with the city says trailer parks are private properties and the owners are responsible for installing hydrants.

"It would cost millions of dollars to put hydrants in. And they were protected by the bylaws prior to the date that was set for hydrants and those things," McCabe said.

The owners of Ryder Park say they can't afford the cost of installing fire hydrants in the trailer park.

There are other unique challenges to fighting fires in trailer parks, according to the city’s deputy fire chief.

Trailer parks also tend to have narrow streets, which also become a challenge for fire trucks to manoeuvre around.

"This trailer park has only one entrance in it. So that makes it trouble too," McCabe said.

"So we have a tanker filling up at the hydrant, we have engines coming in behind him. Everybody has a hard time getting by."