Molly Lamb Bobak, a long-time resident of Fredericton who was the first Canadian woman to be sent overseas as an official war artist, has died.

Long-time Fredericton resident recipient of many awards over artistic career 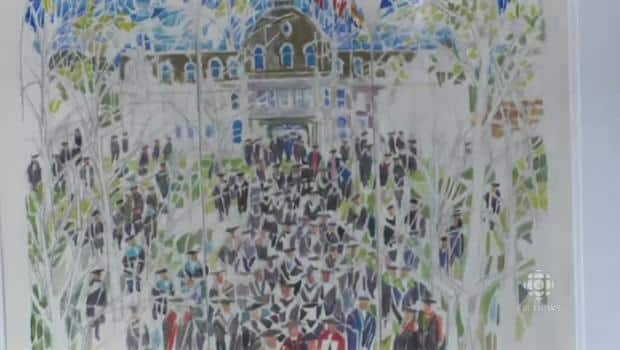 Molly Lamb Bobak, a long-time resident of Fredericton who was the first Canadian woman to be sent overseas as an official war artist, has died.

Bobak was born on Lulu Island, B.C., and studied art in Vancouver before joining the Canadian Women’s Army Corps in 1942. Three years later she went overseas as an official war artist.

She married her husband Bruno Bobak, a fellow artist, in 1945 and remained with the women’s corps until 1946.

After the war, she returned to Vancouver and taught art. In 1960, she moved with Bruno to Fredericton.

"That proved to be the start of a lasting relationship of love for the city and the province and the genesis of what was to become their extraordinary contribution to the visual arts scene in the city," her obituary said.

Her work is found in collections across Canada. In 1993, she spoke about her love of painting crowds and flowers.