Miramichi council is calling for an emergency meeting with the provincial government to discuss the pending closure of the Miramichi Lumber Inc. mill in the northern city.

Miramichi Lumber Inc. will close on Friday, forcing 110 people out of work 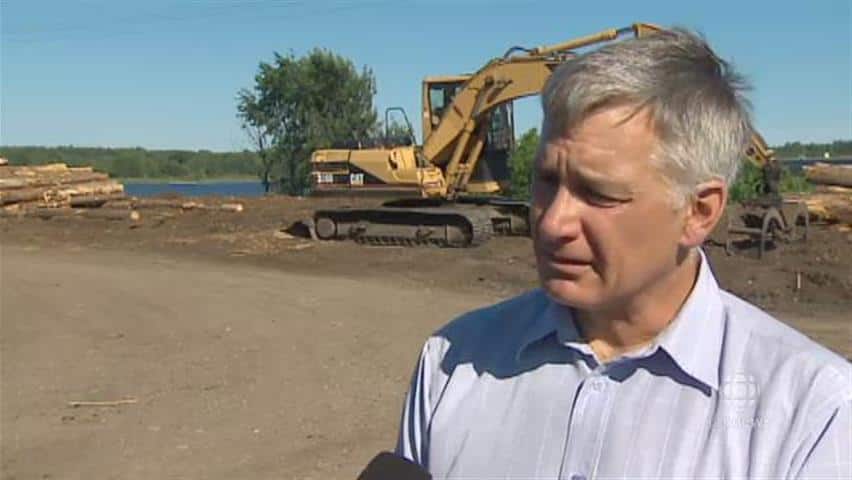 7 years agoVideo
1:26
Miramichi Lumber will be closing later this week unless it can get access to more wood 1:26

Miramichi council is calling for an emergency meeting with the provincial government to discuss the pending closure of the Miramichi Lumber Inc. sawmill in the northern city.

About 70 people filled the public gallery at Miramichi city hall on Monday night, mostly mill workers who are now facing an uncertain future.

The locally-owned company just started to ramp up production this spring and is now in danger of shutting down.

Miramichi councillors passed a motion calling for an emergency meeting between local companies, the provincial government and the five Miramichi-area MLAs.

Deputy Mayor Lisa Harris said she wants answers about why the mill, which re-opened in May, is suddenly struggling.

"Where is the Miramichi wood going? And why is it not staying here in Miramichi to help Miramichiers feed their families?" she said.

Miramichi Lumber Inc. announced on Friday it is laying off 110 people, saying it’s getting only 40 per cent of the wood from Crown land that it needs to survive.

Unless a solution is found quickly, the mill workers will be out of a job this Friday.

Hal Raper, the chief financial officer of Miramichi Lumber, said on Monday Fornebu, a Norwegian company that cuts wood and manages the Crown licence around Miramichi, is shipping a lot of that wood to J.D. Irving Ltd.’s sawmill in Chipman.

Charles Beaudin, a mill worker, said he was happy when the mill re-opened because he could work in his home town and help look after his parents.

But he’s now concerned about his future with the uncertainty hanging over the sawmill.

"I've done the out west thing before. None of us want to do that again," he said.

"The Miramichi region has been hit extremely hard and, Mr. Premier, we simply cannot afford to lose one more job," Fraser wrote.

"I am urging you to immediately intervene in this very serious situation to prevent these 110-plus employees from unemployment and leaving our province in order to provide for their families."