People pushing for more social services in the Miramichi like a homeless shelter and a live-in drug addiction program are running into obstacles, but say they'll keep trying because the city's drug problems are getting increasingly worse.

People pushing for more social services in Miramichi, like a homeless shelter and a live-in drug addiction program, are running into obstacles, but say they'll keep trying because the city's drug problems are only getting worse.

After years of struggling with drugs and alcohol addiction, Robinson left the Miramichi Hospital sober and dedicated to staying that way.

She moved into a rooming house on Cole Crescent, a place with a reputation for illegal drug use.

"You need a safe place to transition into the world," she said.

Robinson managed to continue living in the building and stayed sober. But she said initially, it wasn't a good situation.

"You can't just be immediately put into a neighbourhood that is not conducive to your recovery," she said.

"So my recommendation is having, like that second stage housing where people can transition into the world where they really genuinely want to change their life."

But she said there isn't anything like that in the city.

The gap in services became immediately apparent to Pastor Ray Arsenault in the summer of 2019.

The rooming house Robinson lived in was temporarily closed because it was deemed unsafe by the Fire Marshal's Office, leaving Robinson and about 60 others homeless.

Then in July 2019 the problem was compounded when 50 people had to leave a nearby 40-unit apartment building because of a fire.

Some people found other lodgings, others sent up tents behind the inhabitable buildings. 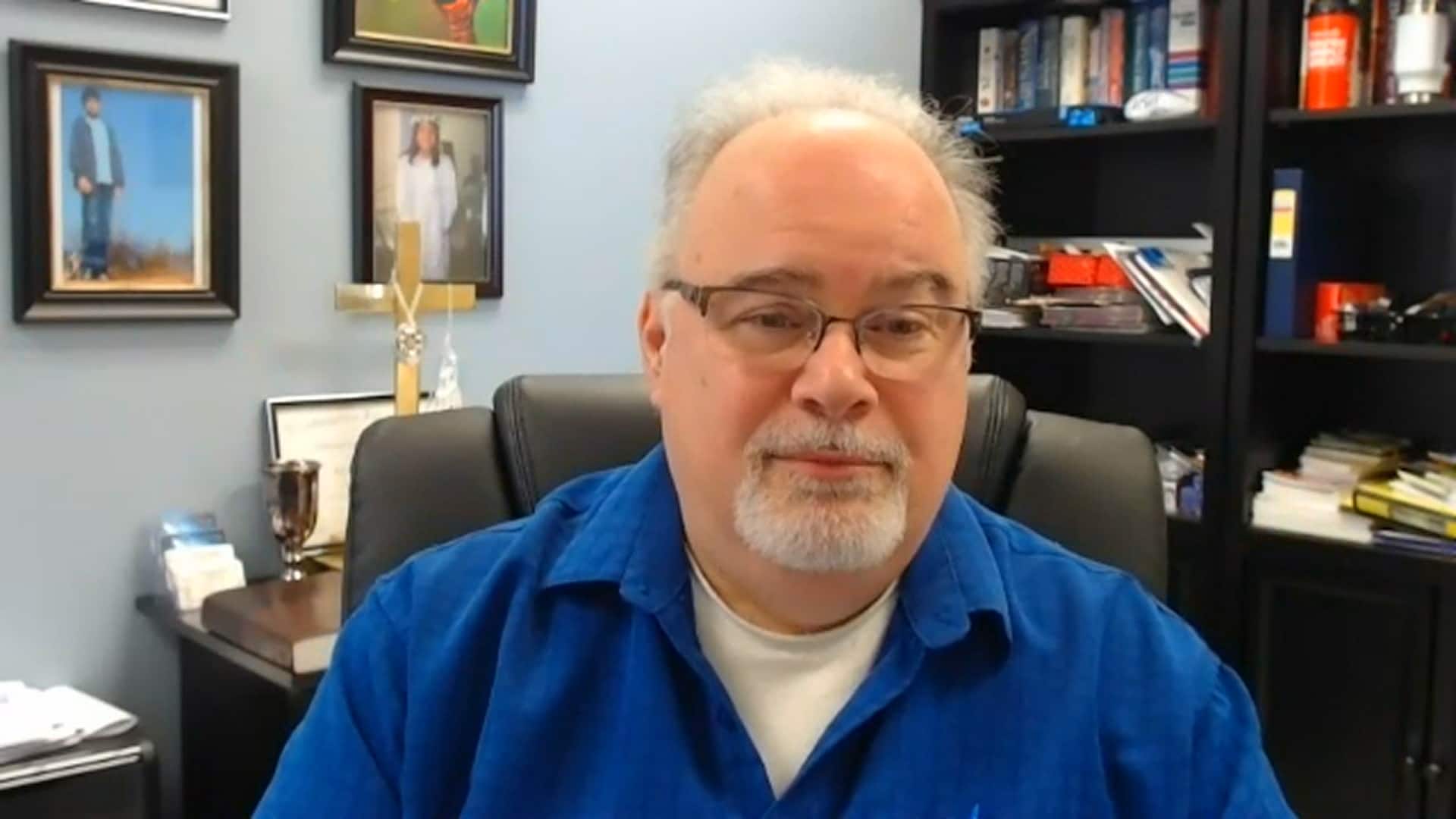 Combating homelessness, addiction and mental health issues in the Miramichi

14 days agoVideo
2:13
Pastor Ray Arsenault realized the need for a homeless shelter and addiction services after two fires left dozens of people near his church with no place to go. 2:13

Arsenault, the pastor at Skyway to Heaven Church, could see it happening just across the church parking lot.

He went over to see if he could help.

"I have established relationships with a number of these people and they're dear, dear friends."

"They have a disease of drug dependency and, you know, it's my goal as long as I'm here to help them with a facility that will provide them the services that they need to get off these godawful drugs."

Arsenault started a 12-step weekly meeting designed to give support to people struggling with addictions.

It's only been happening for a few months, but he said anywhere from three to 14 people attend. He said it's a Christian-based program, but is open to anyone.

"We want to help anybody and it doesn't matter what kind of background that they have, nonbelievers, LGBTQ, regardless of gender, where they come from, it makes no matter whatsoever, we're there to help," said Arsenault.

Wanting to have a permanent facility, Arsenault turned to Harvest House Atlantic after he'd heard about its successes in helping people get their lives on track. He called up Cal Maskery, the founder and executive director of the group.

Harvest House Atlantic has been in operation for decades, and Maskery has helped set up five other recovery centres in the Maritimes.

Maskery is more than willing to offer any services in Miramichi that he can.

"It just saves them spinning their wheels … when you're connected to an accredited group already," said Maskery.

He's helped the group set up a board of directors and will train volunteers as well as help with fundraising.

But the missing piece is a place for it all to happen.

Miramichi MLA Michelle Conroy said she saw the scope of the problems facing some of her most vulnerable constituents from early on in her term.

She's been working with Maskery and Arsenault to bring more services to the city, and the group thought they were off to a glowing start when they found the perfect location.

It had been the Miramichi Senior Citizen's Centre, until the residents and many staff were relocated to a Shannex facility across the river in 2019.

Conroy said the centre's board of directors were looking for a group who could take over the empty building. She said the facility had five wings and a cafeteria and was large enough to house a homeless shelter on top of the recovery program.

"At first … they thought it was a great idea because it was exactly what they wanted," said Conroy.

"They wanted to help the community and this is exactly in line with what we want to do."

But Conroy said some people who lived near the centre on Water Street were leery of having a drug recovery centre and homeless shelter in their neighbourhood.

The group decided to take the homeless shelter out of the plan, but it wasn't enough.

"So ultimately, the board decided that they didn't want to make the decision with anybody that was against it, so they didn't."

Conroy said the building was given to the province, and she's still hopeful the group will gain access to it, but it will take time.

"It is very frustrating," she said.

Mary-Jean Robinson wishes them luck, but couldn't wait around to see it happen.

She said after nine years of waiting for help from the province, she was granted a rent subsidy while living in a tent behind her uninhabitable home.

Robinson now lives in Bathurst with her dog.

She said it was hard to leave the friends that she had made over the years, but she couldn't find what she needed in the Miramichi.