Megan Mitton's 11-vote victory for the Green Party over Liberal Bernard LeBlanc in Memramcook-Tantramar was confirmed by a judicial recount that finished Friday in Moncton.

Megan Mitton's 11-vote victory for the Green Party over Liberal Bernard LeBlanc in Memramcook-Tantramar was confirmed by a judicial recount that finished Friday.

The results after the three-day recount by a judge in a Moncton courtroom remained exactly as initially reported by Elections NB.

Mitton said the result was a relief. 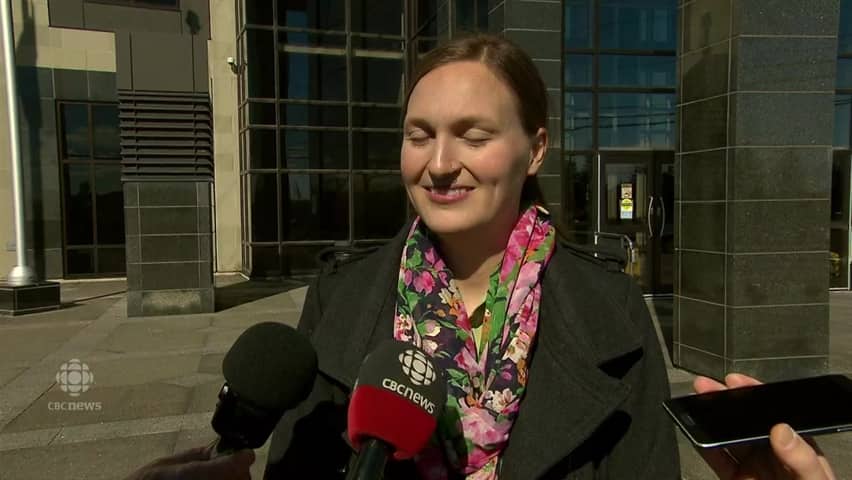 2 years agoVideo
1:14
The Green candidate and Liberal candidate speak about the recount results. 1:14

"I'm feeling honoured that I did receive the most votes and I'm going to be able to represent the riding in Fredericton," she said outside the Moncton courthouse.

She said she'll start setting up her riding office. Mitton said she's not sure when she'll be sworn in as an MLA. She is one of three for the Green Party. The party added two seats in the election.

LeBlanc and his brother requested the recount, which began Wednesday morning. It was one of three recounts across the province.

Both LeBlanc and Mitton were in the courtroom watching the recount.

After the results were confirmed, Mitton said, LeBlanc walked over to her and shook her hand, offering his congratulations.

"I'm glad the result is complete," LeBlanc said outside the courthouse. "The people down in our area what to make sure, since the count was close, we wanted to make sure that it was proper. That's been done and number hasn't changed."

Only one spoiled ballot had been contested by Thursday evening.

The ballot had an 'X' by Mitton's name, but a slight mark beside another candidate's name. With marks beside two names, it was deemed a spoiled ballot.

The challenge to that was dropped after all the other votes were counted and the results stayed the same.

As to his future, LeBlanc said he plans to "take a rest, but I'm still a big, huge Liberal."

The cost of the recount will be paid by Elections NB.

A recount is automatically granted when requested in a riding where the margin of victory is within 25 votes.