Once a village in decline, McAdam's fortunes are changing

The village of McAdam is doing something unexpected for small communities across the country — it’s growing.

The village of McAdam is doing something unexpected for small communities across the country — it's growing.

For decades this once vibrant rail town has been haemorrhaging residents and businesses, as the train traffic dried up and people moved to larger centres.

Now with a plan to clean up abandoned properties and a growing taste among urban dwellers for less expensive small town life, McAdam is attracting attention for more than its historic train station.

Mayor Ken Stannix said the village's population has grown by about 100 people over the past four years and is expected to hit 1,350 by the end of the summer.

McAdam had gone off the rails in the early 2000s. The station attracted tourists, but not much else. Abandoned and decaying homes were increasing in number until the council hit on a plan.

It took over or paid minimal amounts for 16 abandoned residential sites, tore down the homes and, by November 2018, was offering the properties for sale at $1 dollar a lot. The move created a buzz far beyond McAdam and, according to Stannix, 14 of the lots are sold while the last two sales are pending.

But it's not just the one-dollar lots that are driving growth in McAdam. Over the past three years, around 90 houses have been sold. Stannix said it's because people want something different.

"The main thing they were looking for was peace and quiet, getting out of the cities, a calmer place to raise their children, lower taxes, just a quieter lifestyle," he said.

In 2016, comedian Jonny Harris took his television show Still Standing, which features hidden gems in small communities across Canada, to McAdam to do a segment on the railway station.

Stannix said people as far away as Australia decided to visit McAdam because of the show.

"It brought a lot of notoriety to the community. It was the thing that kind of started the interest in McAdam."

Real estate agent Ronda Cole said after Still Standing aired she sold a home to someone who made their decision to live in McAdam because of the show.

"One gentleman came here and said, 'I want to buy a house and I don't want to live anywhere but McAdam, New Brunswick," Cole said.

Businesses on the rise

With the increase in population, businesses in McAdam are also increasing.

Recently, Masonic Hall was purchased and is being renovated. Stannix said the owner plans to bring in small shops and possibly reopen the bowling alley.

There is a planned expansion for the McAdam campground, as well as a glass works studio expected to open.

"When people come to your community, you take an interest in what they're doing, you make sure they feel welcome in your community."

"People are coming from Ontario, Vancouver, Texas. They're just being drawn to this community," she said.

"I have never seen anything like this in McAdam and I grew up here."

She said she believes McAdam is going to see more growth and new life.

'What life should be'

Adam Bronson and his wife, Jess, moved to McAdam from Montreal after hearing about the town's initiatives.

Bronson said after reading about the one-dollar lots he felt the village was doing something remarkable. He did not purchase one of those lots, but within two days of hearing the news they put their house in Montreal up for sale.

"I liked the tone of what the town was saying," he said. "They seemed to be genuinely interested in doing something remarkable, and we love New Brunswick."

The Bronsons purchased their five-bedroom home for less than $50,000.

Bronson said they came for the lifestyle change.

"This is refreshing, this is what life should be," he said. 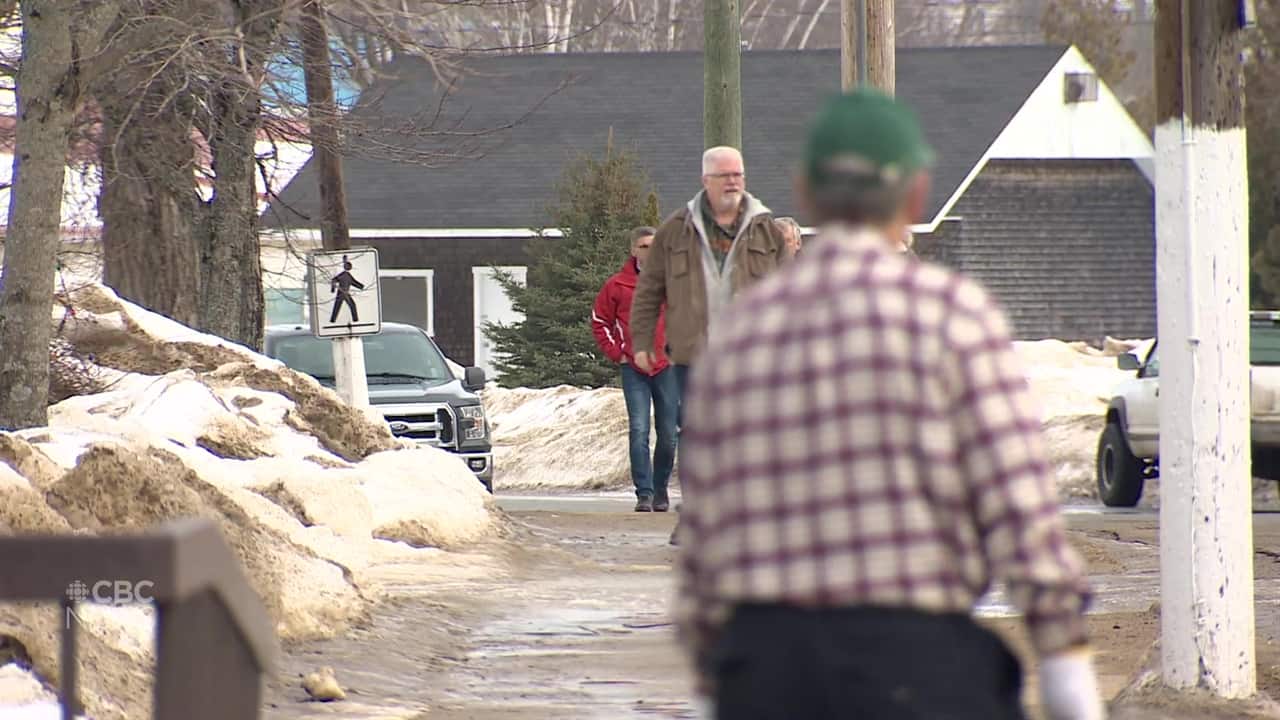 McAdam back on track

9 months agoVideo
3:10
After years of decline the village of McAdam is doing something remarkable. It's growing again, thanks to a clever marketing strategy and a rural attitude that outsiders are finding irresistible. 3:10

"When we first moved in, a few people came in and welcomed us. You never get that anywhere else, so it's really heartwarming."

He said what McAdam is doing is an accomplishment.