If two correctional officers go to trial over their alleged part in the death of New Brunswick prisoner Matthew Hines, it could be a first in Canada.

If two correctional officers go to trial over their alleged part in the death of prisoner Matthew Hines, it could be a first in Canada.

Both were guards at Dorchester Penitentiary in 2015, when Hines was beaten and repeatedly pepper sprayed by guards before his death.

CBC News has found only two other cases where correctional officers have been charged in connection with a federal inmate's death.

In both cases, the charges were dismissed before correctional employees could ever go to trial.

Julian Falconer isn't involved in the Hines case, but he was the lawyer for families in the other two cases.

And he sees a pattern. He sees a lack of accountability within Correctional Service Canada that makes it difficult to investigate what goes on behind bars.

"I don't find any of this a surprise because not a single serious measure to change how Correctional Service Canada does business has been undertaken by this government or undertaken during the course of my career," Falconer said.

Charges but no trials

Two decades ago, Falconer represented Carmeta Gentles, whose son, Robert Gentles, died in custody of the Kingston Penitentiary in 1993.

After Gentles refused to turn down his radio, guards at the Ontario prison sprayed him with Mace by guards, then pinned him face down on a cell bed.

After carrying him to another cell, guards noticed Gentles didn't have any vital signs. He was 23.

Guards were charged with manslaughter, but the charges were dropped.

Falconer then represented the family of Ashley Smith, a New Brunswick woman who took her own life inside Grand Valley Institution for Women in Kitchener, Ont., in 2007.

'A lack of accountability'

"Repeatedly, we see a pattern of a lack of accountability in respect of deaths in the system," Falconer said.

"It's a specific problem when it comes to issues around mental health."

Falconer believes the problem lies at the top.

He singled out Don Head, who was promoted from deputy commissioner to commissioner of the correctional service after Smith's death.

"The same people stay in charge." 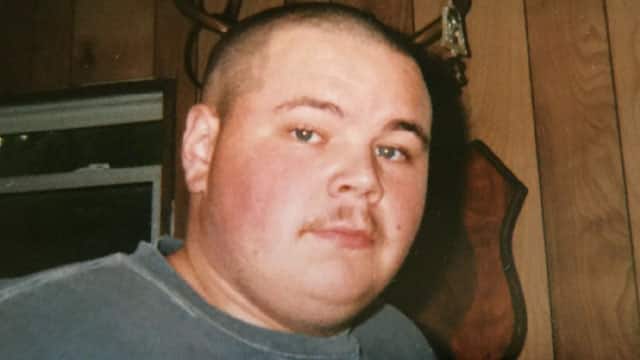 3 years ago
1:50
Two correctional officers have been charged in the death of Matthew Hines, an inmate at Dorchester Penitentiary in New Brunswick. The guards were charged with manslaughter and criminal negligence causing death following a highly critical review of the case 1:50

For months, Hines's family believed he died from a seizure.

Later, they learned he was beaten and repeatedly pepper sprayed by guards after he refused to return to his cell.

He begged for his life on a prison shower floor with his shirt pulled over his head, a situation that federal correctional investigator Ivan Zinger said would have felt much like waterboarding.

The correctional service provided false information after Hines died, telling the public he was "found" in need of medical attention and received CPR, neither of which was true. It has since apologized.

"You have a homicide," Falconer said.

"You have have guards inflicting enough force to now merit them being charged. The scene is cleaned up, blood is cleaned up. Inexplicable. Obviously, there's a deep rooted problem at Correctional Service Canada in the culture, in the leadership. It needs to be fixed."

Symptoms of a larger issue

He retired as a deputy warden in 2009 and has since written a book called Down Inside: Thirty Years in Canada's Prison Service.

Clark sees Hines's death, along with the deaths of Smith and Gentles, as a symptom of the culture of the correctional system, where guards use force before choosing other options.

"There was absolutely no reason those officers who first engaged Hines, or at the time engaged Gentles, couldn't have invested some time in using their interpersonal skills to negotiate with the prisoner, to calm them down, to try to get them to comply without force," Clark said.

"These are things we're seeing increasingly disappearing from the penal system."

Like Falconer, Clark believes change has to come from the top.

Hoped for more from Trudeau

It's something Falconer was hopeful would happen when Justin Trudeau's Liberal government was elected on a platform that included implementing recommendations from an inquest into Smith's death.

But he's been disappointed.

"It is quite clear in my mind that leaving the same leadership in place at [Correctional Service Canada] is an utter failure on the part of the Trudeau government."

Ross and Bourgoin, both from Dieppe, have yet to enter pleas to the charges.