Police have laid criminal charges against two New Brunswick correctional officers in the death of prisoner Matthew Hines at Dorchester Penitentiary more than two years ago.

Alvida Ross, 48, and Mathieu Bourgoin, 31, have both been charged with manslaughter and criminal negligence causing death, RCMP announced Wednesday.

The officers are on administrative leave "pending review of their situation," Correctional Service Canada confirmed. The agency declined an interview request, but said it has co-operated with the police investigation.

The Union of Canadian Correctional Officers, which represents Ross and Bourgoin, also declined an interview request.

"The union is supporting these officers to ensure they have adequate representation, as they are presumed innocent until proven guilty," a statement from the union says.

Ross and Bourgoin were working at the prison on May 27, 2015, when the Cape Breton man was beaten and repeatedly pepper-sprayed by correctional officers.

It's not clear what kind of information changed the RCMP's mind and why it wasn't uncovered in the first investigation.

"That information will be known through the court process," RCMP Const. Isabelle Beaulieu said in an interview.

On Wednesday, Hines's family said they were "relieved" to know his death has been "thoroughly investigated."

But they said Hines's elderly parents have "waited far too long" to learn the truth about how their son died.

For months, they believed he died from a seizure.

A post-mortem report shows his death was likely caused by lack of oxygen caused by pepper spray.

"Although we have been told and accept that only two correctional officers are facing criminal charges under the Criminal Code of Canada, we trust that all who saw Matthew before and during his death look in the mirror every day with the knowledge of what they did and did not do," the family said in a statement.

Zinger found that CSC ordered bloodstains to be cleaned after Hines's death, "compromising the preservation of a potential crime scene."

"In this case, given the catastrophic breakdown in the staff response, it is appropriate to review and question the adequacy and appropriateness of CSC staff investigating and disciplining itself," Zinger wrote.

CSC apologized to Hines's family after Zinger's investigation, and for the first time, acknowledged that Hines's death was preventable.

The correctional service has also said there was "staff misconduct" involved in Hines's death.

It's not clear whether Ross and Bourgoin were among the employees who were disciplined. 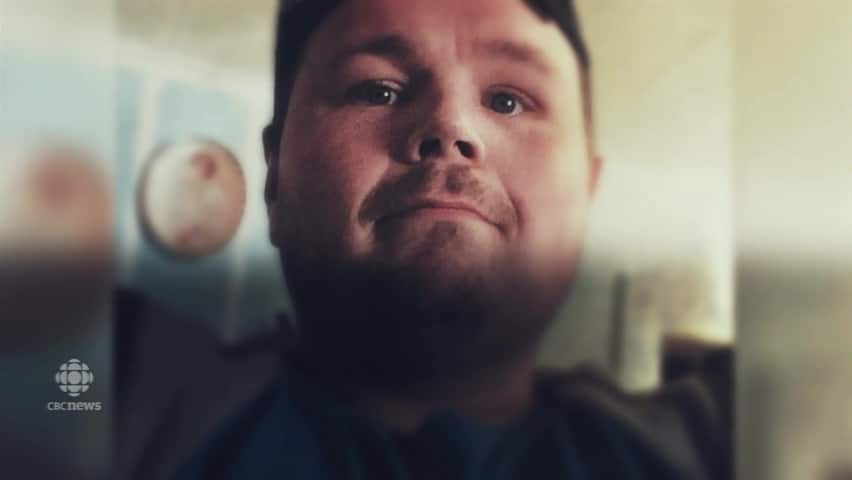 3 years agoVideo
2:03
Matthew Hines was beaten and pepper-sprayed by guards at Dorchester Penitentiary before his 2015 death. 2:03At first, Correctional Service Canada told the public that Hines was "found" in need of medical attention and staff performed CPR on him.

Neither of those things were true, a CBC News investigation found.

Hines was beaten and repeatedly pepper-sprayed, dying less than two hours after his encounter with guards began.

It started after Hines refused to return to his cell at Dorchester, where he was serving a sentence for bank robbery.

He appeared to be "confused" and was "physically unco-operative." Hines had a history of mental health issues and his family believes he was having a mental health emergency.

One guard struck him with a closed hand twice, while another delivered an open-handed hit to Hines's head and two knee strikes to his right side.

As they restrained Hines on the floor, he was pepper-sprayed for the first time.

Even though he was "sufficiently under control of staff," Hines was pepper-sprayed in the face four more times by one guard, with only seconds between each burst.

Officers took Hines to a decontamination shower to wash off the pepper spray.

With his hands in cuffs and his shirt pulled over his head, Hines slipped and fell on his back, hitting his head on the wall. Guards turned the water off.

"In his state, the sensation could conceivably feel like waterboarding," Zinger wrote in his report.

As he lay on the prison shower floor, Hines told guards he couldn't breathe. He pleaded with them.

Guards turned the water back on.

Soon after, Hines stopped moving. He then had the first of three possible seizures.

Despite his pleas for help, the nurse on duty at the prison that night "failed to conduct any assessments" on Hines or perform any "life-saving treatment," such as CPR.

She no longer works for CSC, but records show she is still registered as a nurse in New Brunswick.

CSC apologized for providing incorrect information to the public, but has never explained how or why it happened.

Ross and Bourgoin, both from Dieppe, N.B., will appear in Moncton provincial court on Feb. 26.