Masks mandatory in most indoor public spaces starting at midnight

Masks will be mandatory in most indoor public spaces in New Brunswick, regardless of whether physical distancing can be maintained, as of midnight Thursday, Premier Blaine Higgs has announced.

Masks will be mandatory in most indoor public spaces in New Brunswick, regardless of whether physical distancing can be maintained, as of midnight Thursday, Premier Blaine Higgs has announced.

The decision comes as three new cases of COVID-19 have been confirmed, bringing the total number of active cases in the province to 24.

Only children under age two and people with a valid medical condition that prevents them from wearing a mask are exempt.

"I know that some people will not agree with this decision, but we've seen how quickly the virus can spread through a community," Higgs told reporters during a news conference in Fredericton.

"We must take every possible measure to prevent that from happening in our province."

Higgs said he had been "hopeful" the majority of people would "do the right thing" and choose to wear a mask to protect the people around them after he raised the mandatory mask issue last week.

But enforcement officers have since surveyed 600 public spaces across the province and found the average number of people wearing a mask was 36 per cent.

In major urban centres, the number was as low as 16 per cent, he said.

"These numbers are simply not acceptable." 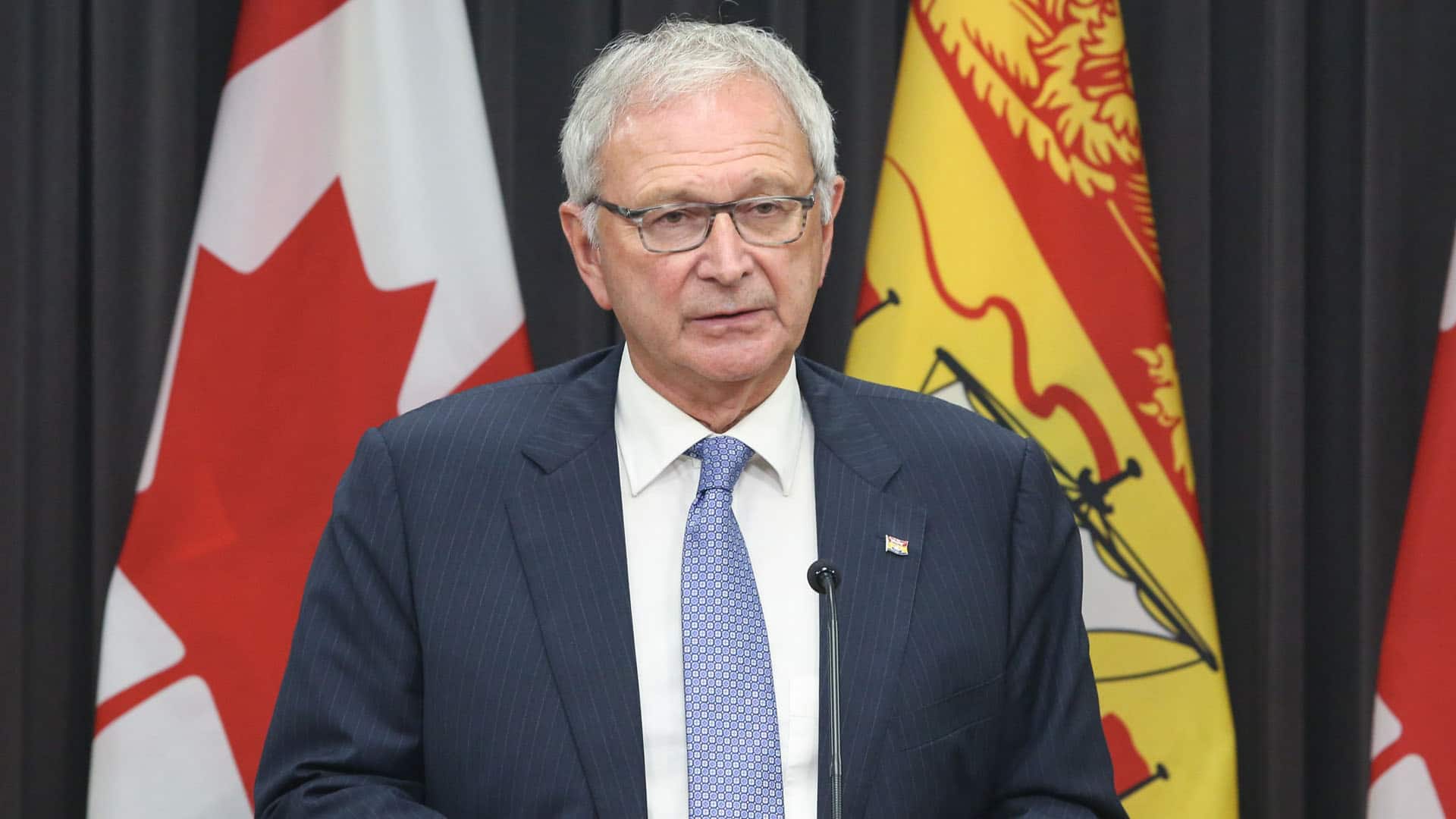 Masks to be mandatory in indoor public places, Higgs says

The places where masks will now be mandatory include:

Continuous mask use will be required in seated venues even when there is one-metre physical distancing.

"We recognize this is a major announcement and businesses and individuals may need time to adjust," said Higgs.

But people are asked to comply immediately to help keep the province in the yellow phase.

The government "will never be able to enforce" mandatory mask use across the province "in a way that's necessary to ensure we look after each other," he said.

It will, however, ramp up monitoring to determine whether adherence is "good enough."

"I'll reserve judgment on next steps based on what compliance rate we see," Higgs said, noting businesses will now have the legal backing to enforce the mask requirement.

I believe we are in a position now where people in our province will very much understand why and will want to be part of the solution.- Blaine Higgs, premier

"Right now I'm confident that there's been enough [COVID-19 cases] around us [in other provinces and Maine] and now, here amongst us, that people are going to go, 'OK, I can do my part,'" he said.

"It's one of those things, you know, 'I may not like it, but I understand why.' And I believe we are in a position now where people in our province will very much understand why and will want to be part of the solution."

She cited the outbreak at Manoir Notre-Dame special care home in Moncton, where 19 cases of COVID-19 have been confirmed, and the need to take more steps to prevent the spread of the virus.

The province is into the second wave of COVID-19, Russell said, but the full extent of the outbreak won't be known for another two weeks. The incubation period of the virus is up to 14 days.

Masks "can and will save lives," she said.

They will help New Brunswickers protect themselves and others, she said.

They are a "very important tool" to minimize the risk of transmission, along with self-isolating after travel outside the Atlantic provinces, physical distancing and good hand washing.

"We have to continue to look at all of the things that we need to do as the risks increase and balance those with mental health issues, the economy and people's finances, and having an open society as possible while mitigating the risks for COVID-19."

Nova Scotia and Newfoundland and Labrador have already implemented mandatory orders for masks.

Before the COVID-19 committee and cabinet meeting, Interim Liberal Leader Roger Melanson told CBC he would support mandatory masks, if that was the recommendation of Public Health.

"I mean, when you see the inconsistency … there's some private companies that do enforce it, some are suggesting we do wear one, we're seeing more municipalities now in their locations going forward to wear a mask. It's very inconsistent and people have their different interpretations — Should I wear one? Should I not wear one?

"So I think we have to have a provincial policy and make it clear if you should or should not."

The cases are not linked to the outbreak at the Manoir Notre-Dame in Moncton, according to the chief medical officer of health.

Three people are in hospital, one of them in intensive care, she said.

All of those cases are in the Moncton health region and connected to the Manoir Notre-Dame outbreak, which was declared Tuesday after two residents tested positive.

Thirteen residents, four staff and two family members who were close contacts of a resident have tested positive, said Russell.