Martin Luther King's planned vacation to Fundy National Park in New Brunswick was scuttled in 1960 because an innkeeper felt his presence could offend some U.S. tourists. 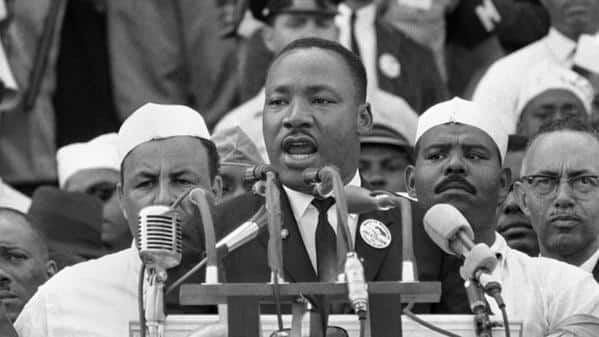 6 years ago
1:56
Civil rights icon Martin Luther King was supposed to travel to New Brunswick in 1960, until an innkeeper scuttled that plan 1:56

Many people around the world will celebrate the legacy of Martin Luther King today, the anniversary of this birth in 1929.

But it's a little-known fact the civil rights leader almost came to New Brunswick until an innkeeper blocked the vacation for fear it could upset some U.S. tourists.

In 1959, King appeared on a CBC panel show in Toronto and was set to return to Canada the following year.

Harold DeWolf, a Boston University professor and a friend of King’s, planned a vacation for him and his wife to Fundy National Park.

DeWolf wanted to bring King and his wife, Coretta, to join him with his wife on their trip to New Brunswick.

Alan MacEachern, a professor at London's University of Western Ontario, discovered letters in the National Archives that detailed how the owner of the private chalets where DeWolf and King were to stay scuttled the vacation.

"Canada's history being what it is, we feel confident that you would treat them well, but we want to make sure.… The friends of whom I speak are a fine Negro minister and his wife," DeWolf wrote to the business.

In July, the professor received a response from the innkeeper that discouraged the trip.

"A great many [guests] are from the New England States, as well as those from farther South. For this reason we feel it would be better not to accommodate your friends," the letter said.

That letter ended King's plan to travel to Fundy National Park and forced DeWolf and his wife to travel to New Brunswick alone.

DeWolf complained to Parks Canada when he arrived in New Brunswick, however, and officials at the parks service said they would make sure it would not happen again.

DeWolf's friendship with King continued, and he marched with the civil rights leader in Selma, Ala., at voting rights protests.

In April 1968, King was assassinated in Memphis, Tenn., by James Earl Ray. DeWolf was given an opportunity to speak at King’s funeral.

Chris Bowron bought the chalets where King was supposed to vacation years later and said he wishes that history was different.

"It would have been great if I could have said Martin Luther King slept here. You know, it might have been an opportunity for us to advertise it that way," Bowron said.

While Bowron is disappointed that King was never able to travel to New Brunswick, one human rights expert said King's legacy is being felt in the province despite the missed opportunity.

Jeremy Levitt, the new dean of the University of New Brunswick's law school, said King's influence in the civil rights movement opened doors for him.

"It is indeed tragic that the leader of the modern human rights movement would be denied the opportunity to have a vacation in New Brunswick," Levitt said.

"But as a beneficiary of his legacy and to the wisdom and credit of [UNB] president Eddy Campbell, I am the first black law professor in New Brunswick and the second black law dean in the history of Canada. So I would say that Dr. King is humorously smiling at New Brunswick today."