Presidential race shaping up to be tight in northern Maine

Northern Maine supported Donald Trump in 2016, but the race this time around looks to be very tight between Trump and Biden.

Jane Johnson knows what many of her Canadian neighbours across the river think of Donald Trump.

But she voted for him anyway.

Johnson, whose house in Forest City, Maine, is about 300 metres from the bridge across the St. Croix River to New Brunswick, says the U.S. president appeals to the strong leave-us-alone sentiment in her part of the state.

"We all think independently because we have different interests perhaps than the rest of the state," she says. "We value our freedom and our independence. We don't want to be coerced. I think we're an extremely independent group."

Trump's outsider status is endearing to voters like that, including Johnson.

"I think that's part of his problem in getting along with the media and with some of the politicians. He's not one of them, and he doesn't care. I happen to like that attitude, coming right back to the independence."

That sentiment is common in Maine communities New Brunswickers know well — Bangor, Calais, Houlton, Presque Isle, Fort Kent — and could be key to Trump winning a second term in next Tuesday's election.

Unlike most states, Maine doesn't use a winner-take-all system for awarding its electoral college votes in presidential elections.

Two of the state's four votes are awarded based on who wins the vote in the two congressional districts.

In 2016, Trump won Maine's second district, which takes in the vast northern part of the state, capturing its single electoral vote.

"There's a possibility where you would get essentially a tie in the electoral college, 269 to 269, and you need 270 to win," says Colin Woodard, an author and political reporter at the Portland Press-Herald.

"And that means that electoral college vote could become the decisive vote that would win the election."

That explains recent frequent visits to northern Maine by the Republican candidates or their surrogates. Trump visited a pumpkin patch near Bangor last weekend and Vice-President Mike Pence was in the area before that. Donald Trump Jr. is expected on Thursday. 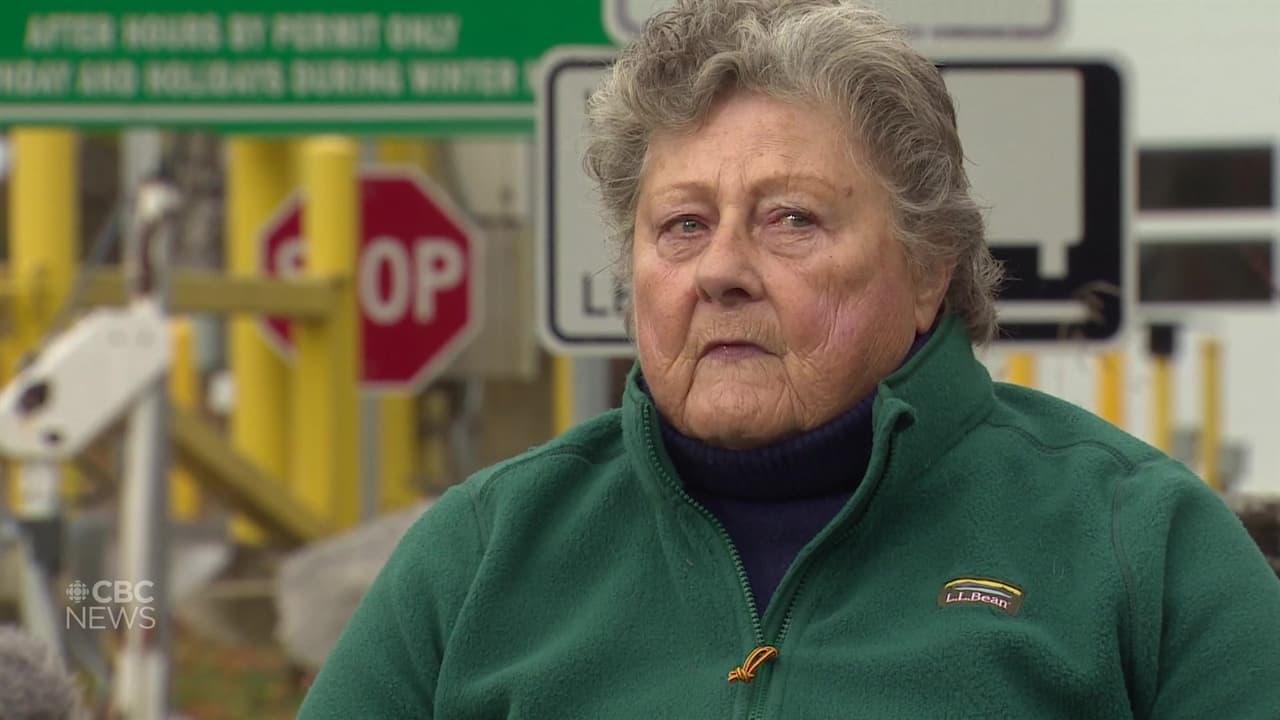 3 months agoVideo
2:13
A Trump supporter living on the border with New Brunswick explains why voters in her part of Maine support the president. 2:13

The spouses of Democratic candidates Joe Biden and Kamala Harris have also campaigned in District 2 in the last week.

"I've never seen so many presidential offices and campaigning in Maine as I've seen this time around," says former Maine governor John Baldacci. "It's just amazing."

Trump's standing in Maine "tracks to differences in the demography and in the sort of fundamental material condition of those two sections of the state," Woodard says, noting lower average incomes, lower education rates and higher poverty rates in District 2.

"It really is a have and have-not situation," he says.

Baldacci, a Democrat, says Trump "plays on the weak spots," appealing to the grievances of voters who feel left behind by the economic growth around Portland, in the state's south.

That includes resource-sector workers whose industries have declined, and farmers with complaints about the North American Free Trade Agreement, a favourite Trump target.

"It was easier to go north of Portland where it was more ripe and take advantage of … people not getting that much attention in the district over the years," Baldacci says of the 2016 campaign.

"Someone paying attention, talking about the problems they've been having, and being there in person — it made quite an impression."

Even Johnson acknowledges Trump has mishandled the COVID-19 pandemic. His response "hasn't been quite serious enough," she says, and she disagrees with his cavalier attitude about wearing masks to stop the virus and about his huge rallies without social distancing.

But she says she believes Trump is stronger on economic growth post-pandemic.

Not all Republicans in District 2 are sticking with Trump. Kevin Raye, a former state senator who runs his family's mustard business in Eastport, announced last month he was voting for Joe Biden.

"I've been a lifelong Republican, and if someone had told me 10 years ago that I would be endorsing a Democratic candidate for president, I would have said, 'Not in this lifetime,'" he says.

"But things have changed so much in the past few years. And I don't currently really recognize or understand quite what has happened to the Republican Party. … I've been very disappointed and embarrassed by this president."

Raye is still voting to re-elect Republican Sen. Susan Collins, who is in a tough race because of the same political polarization between northern and southern Maine.

Collins's reputation as a moderate Republican took a hit when she voted to confirm Trump Supreme Court nominee Brett Kavanagh, a decision that angered many Democrats in southern Maine who once supported her.

Woodard says Maine still favours moderates, but Collins has been caught between that local sentiment and the pressure to go along with her president in Washington.

"That's been her quandary. The tug of war she's been in has, I think, has damaged her moderate brand. It's the damaging of that that has put her in a difficult circumstance."

Johnson is also voting for Collins, calling her a victim of the growing polarization in Maine.

"The state has changed, but she is the same person," she says.

Despite what Woodard calls the "hollowing out" of traditional northern Maine resource industries that helped drive support for Trump four years ago, polls suggest Biden has a narrow lead now in the second district.

The polls close in Maine at 9 p.m. New Brunswick time next Tuesday.