Black community in Fredericton always had a home with rugby club

Black rugby players felt accepted with the Loyalist Rugby Club in Fredericton dating back to the early 1970s, when the first Black person joined the squad.

Loyalist Rugby Club provided sport and social outlet for everyone

When Lloyd Payne was recruited by the Loyalist Rugby Club in Fredericton around 1970, he unknowingly paved the path for a new generation of players.

Payne was the first Black player on the squad.

But if you ask him about that, he'll tell you he didn't realize it at the time.

"Colour wasn't an issue at all," Payne said.

"Even though there were several colour issues in the States, and I'm sure here in Canada as well, rugby escaped — rugby had no boundaries at all."

Payne was a speedy track star coming out of high school, and the club needed someone who could bolster the roster with speed.

Shortly after he joined the club, a few other Black players joined the team, including his twin brother Louis.

Payne doesn't see himself as a leader, or someone that broke down a barrier, just a person who wanted to compete, and the Loyalists gave him that chance.

"No matter who we played it was all blood and guts at first while you were on the field, and one of the few sports where you would beat everyone up and yet get together for a beer after the game," said Payne, who lives outside Fredericton.

Payne played for the club for several years before moving to Western Canada.

Not too long after Payne's time with the club, brothers Dale and Calvin Nash joined the Loyalists, beginning a family legacy that would be tied to the club for roughly the next 30 years.

Dale joined the Loyalists in 1981 and would spend the next 17 years with the club. Nash was still involved with the Loyalists until several years ago. 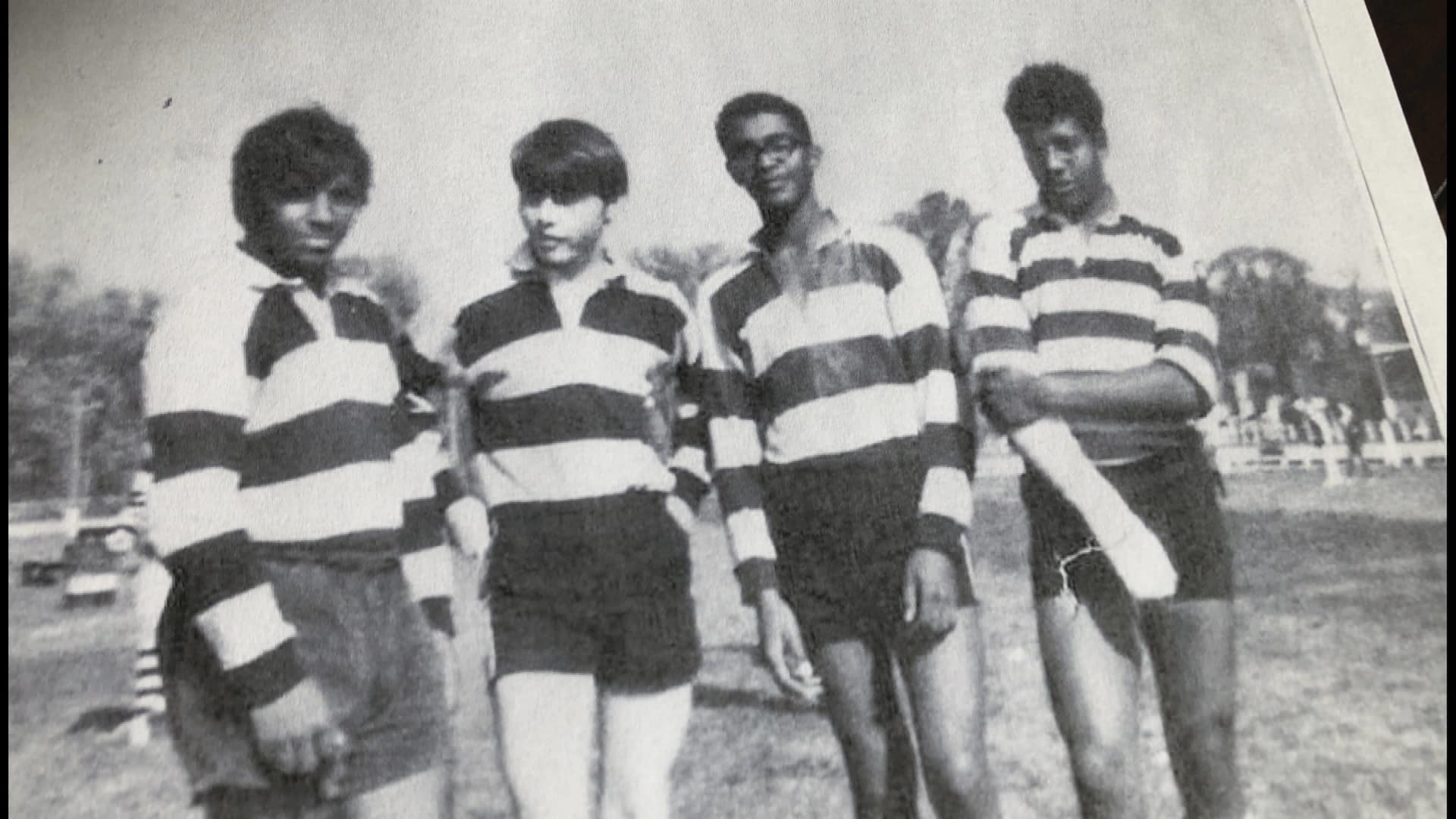 Black community had a home with Loyalists Rugby Club in Fredericton

21 days ago
3:08
Black players reminisce about their time with the Loyalists and say the club provided sport and social outlets for everyone on the team, regardless of colour. 3:08

By the time Nash joined the club there were more Black players on the team than when Payne started playing.

Like Payne, Dale said the club was an accepting team.

He enjoyed his time there so much that when he had the chance to play rugby for the University of New Brunswick he opted to stay with the Loyalists.

"It was about that family feeling that you could be who you wanted to be, and everybody was OK with it because it was about sport and everybody coming together to do the best they can," Nash said.

Nash echoed Payne's sentiments for the social factor within the rugby club, and it was a large reason why he stayed there for so long.

Not long after he started playing for the Loyalists, he took on a coaching role with a new division of the club — the Lady Loyalists.

Tanya Hogan was part of the original squad that was formed when the high school program was cancelled.

Hogan said Dale took the new team of teenage girls learning the sport under his wing and was a leader.

"I saw Dale as a big brother, he was our coach — he was very kind, very patient with us."

Hogan was one of a few Black players on the Lady Loyalists, and much like Payne and Nash's experience, she felt welcome immediately.

"They didn't focus on my being Black — they just focused on me, Tanya, the rugby player — the Lady Loyalist."

"I think it was the atmosphere. No one thought about colour, it was just — you were part of the family, it had really a family feel."

Hogan said she played with the Lady Loyalists for six years beginning in 1984.

She made lifelong friends from the team that she likely wouldn't have made otherwise.

And nearly 40 years later, she still keeps in touch with about a third of her team.