Jackie Brewer, the 2-year-old who was ignored to death

Jackie Brewer lived and died in a dark room in Saint John's south end, where she died from neglect in 1996. Twenty years later, her aunt wants the little girl's tragic death to mean something.

After Jackie Brewer was found dead in her Saint John crib, the government promised change

Sherry Bordage knocked on the door of her estranged brother's home and waited.

For months, she'd heard rumours. That her younger brother was a drug addict. That he and his common-law wife weren't feeding their three young children.

In the summer of 1996, Bordage, then living in Ontario, returned to her hometown on vacation to find out for herself.

She drove to the bottom of Canterbury Street in Saint John's south end and found the shabby, brick apartment building where her brother, Marc Janes, and his partner, Helen Brewer, lived.

Bordage's husband and two young children followed her inside.

Immediately, Bordage was hit with the smell of urine and garbage. The lights were off in the apartment. It was suppertime, but no one was preparing food.

In the living room, Bordage saw two children, both pale and thin.

Ten-month-old Ryan sat in a bassinet in the corner. Sonya, 4, was curious about the new guests and invited her older cousin to play in her bedroom. The girl slept on a mattress on the floor, covered by a thin sheet.

When Bordage asked to see Jackie, the middle child, Janes went to the back of the apartment and returned with a girl who was dirty, dishevelled and wearing only a diaper. 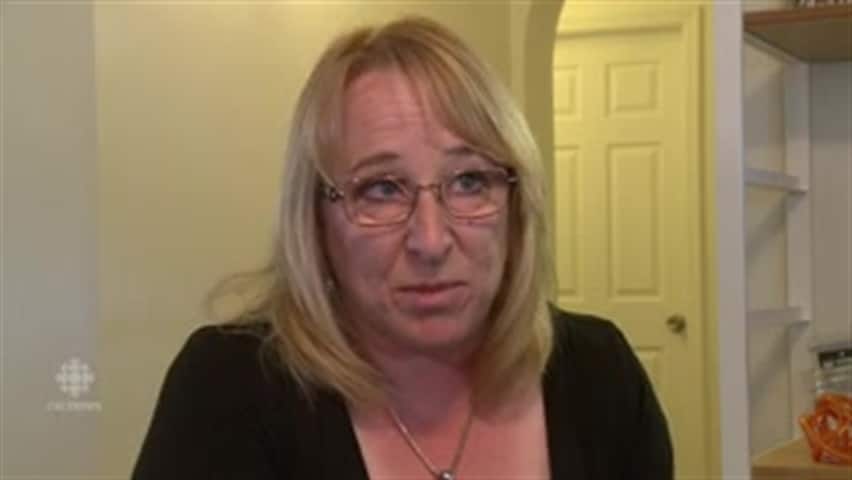 'I don’t think angry is the right word to use'

4 years ago
0:33
Jacqueline Dawn Brewer's aunt Sherry Bordage describes what she saw in her brother’s home in 1996. 0:33Later, Bordage would find out her niece was kept in her crib all day and night. No one to talk to her. No one to hold her. No one to love her.

Jackie was 28 months old but hadn't learned to walk or talk.

She screamed and struggled against her father, and he took her back to her crib before Bordage could hold her.

"I couldn't handle it anymore," she recalled in a recent interview from her home in Arizona.

"I packed up and got out of there as quickly as I could."

The next day she followed up in person. She told social workers she was worried for the children's safety. She feared for Jackie's life.

"My main concern was to get all of the children out of the home immediately, before something terrible happened."

Bordage had a good job, a big house and a family of her own. She offered to take custody of her nieces and nephew.

Social workers promised to look into her concerns, but the children remained in the home. Bordage went back to Ontario.

It took more than nine hours before anyone noticed, long enough for the family's pet chinchilla to start chewing on her body.

The cause of death was dehydration. Jackie hadn't had anything to drink for about six days, doctors said.

How, people in Saint John asked, could a child die in plain sight, in the middle of a city, under the supervision of social workers?

Bordage wouldn't learn of her niece's death until a sister spotted a newspaper story. It didn't have any names, but the ages of the children matched up.

Police confirmed Bordage's fears. When she tried to figure out why her concerns had gone unaddressed, she was stonewalled. 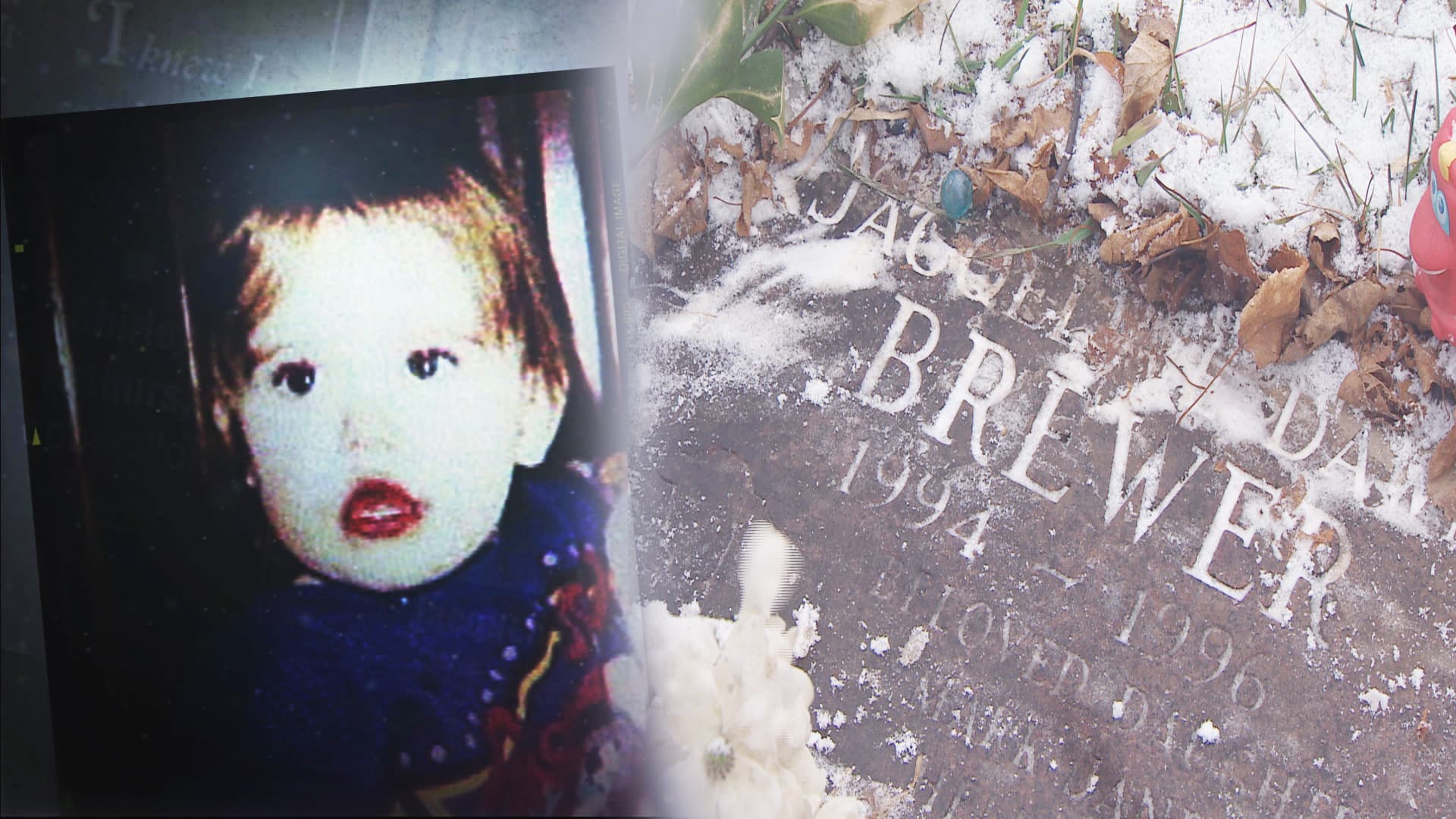 4 years ago
1:26
After Jackie Brewer was found dead in her Saint John crib, the government promised change. 1:26Later, she found out social services received 16 complaints about her brother's family over three years. The children were even taken away once, only to be sent back.

Bordage hired a lawyer and began a lengthy court battle to get custody of Jackie's brother and sister.

Her mind flipped between horror at what her niece suffered and a profound sadness and loss.

"That's the one thing I kept thinking throughout the whole course of this," she said.

"At any point, they could have stepped in and saved these children, that Jackie's life could have been saved."

Marc Janes and Helen Brewer were convicted of manslaughter and were each sentenced to three years and nine months in prison.

In an unusual move, he ordered a public memorial to Jackie and suggested an inscription:

"Aged 28 months, died in Saint John on December 17, 1996, neglected, dehydrated and forgotten in her crib at home, where she lived in loneliness, squalor and misery with her parents, under the supervision of social workers, health care experts and child protection officials. Her death diminishes all of us. We will remember Jacqueline."

Janes and Brewer weren't guilty of losing their tempers, the judge wrote, or of shaking Jackie until she stopped crying.

"They did not murder Jacqueline. They ignored her to death."

Outside the courthouse that day, an angry crowd gathered.

"Child murderer!" a woman yelled at Brewer. "I hope you rot in hell!"

The anger spread to the legislature in Fredericton, where politicians vowed to make changes to prevent another tragedy.

They also created a child death review committee, whose job would be to analyze the deaths of children who had been in care or who had received social services.

For a while, the spotlight was on Jackie.

And then it faded.

A short walk from the brick building where Jackie died there is a playground called Rainbow Park.

It was built in memory of Jackie and John Ryan Turner, a three-year-old who was beaten and starved to death by his parents in 1994.

The plaque that once commemorated the two children is gone. No one ever built the memorial the judge suggested.

Brewer and Janes completed their sentences long ago. Tracked down at the Fredericton courthouse earlier this year, Janes refused to talk about Jackie.

When Bordage thinks about her brother's crime, she thinks back to their own childhood.

Both siblings were abused and shuttled between homes. Bordage ran away at 14. Her brother stayed behind. She broke the cycle. He didn't. 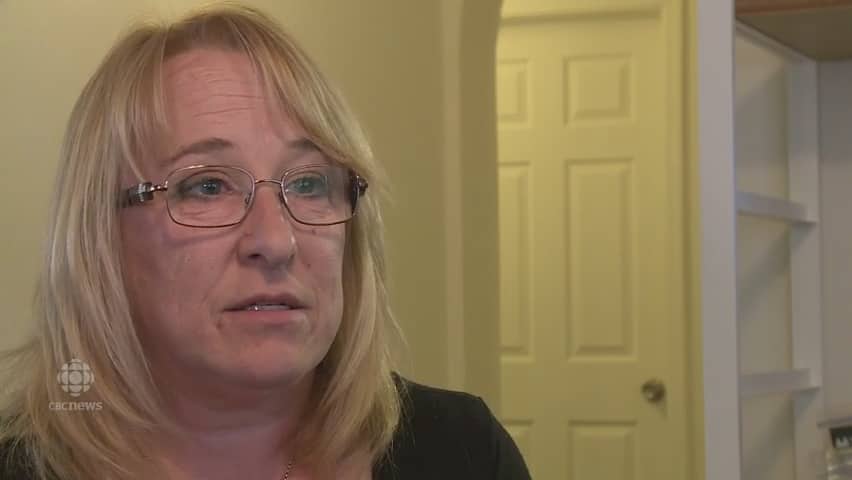 'She was crying and screaming and pushing against him'

4 years ago
1:29
Jacqueline Dawn Brewer's aunt Sherry Bordage describes what she saw in her brother’s home in 1996. 1:29Bordage would win custody of her niece Sonya and nephew Ryan, after racking up a $12,000 legal bill. The provincial government quietly paid the tab.

On their first Christmas with Bordage and her family, the two children woke up to a giant Little Tikes slide in the living room and presents from Santa. They got to experience Christmas and birthdays.

After a while, they were privately adopted into a new family together. Their aunt wanted to protect them from their own family.

"I wanted the adoption to be closed so that no one in the family would have access to the children ever," Bordage said.

As they became adults, Bordage mailed them court clippings and transcripts from their parents' trial, so they would know the truth.

"Because [Jackie] died, Sonya and Ryan were removed from that home," Bordage said.

"Because she died, they were adopted and have had happy lives."

They, too, have broken the cycle.

Bordage spends winters in Arizona, 5,000 kilometres from where Jackie died.

But her niece is always on her mind. She thinks of her every time she sees a girl with black curly hair, just like her brother Marc's.

Bordage has abandoned the anger she felt about her niece's death and instead focuses on change: more transparency, less secrecy.

She wants the provincial government to reveal more details about the deaths of vulnerable children and what could have been done to prevent them.

"Let's make sure that no more children get lost. Let's prevent more deaths because as sad as it is, we can't undo what's been done."

Part 1: The Lost Children: The secret life of death by neglect
Jackie Brewer, the 2-year-old who was ignored to death

Part 2: The Lost Children: 'A child that dies shouldn't be anonymous'

Baby Russell: A few minutes of life, then a knife in the heart

Do you have a tip about this story? Get in touch with CBC New Brunswick Investigates by clicking here.