With the help of her parents, Fredericton police Chief Leanne Fitch grew up with the mindset she could do anything.

With the help of her parents, Fredericton police Chief Leanne Fitch grew up with the mindset she could do anything.

"It's important to be a role model for the young women coming up behind me," said Fitch. "You can do anything."

On Monday, Fredericton's first female and openly gay female police chief will retire after 34 years working in the police force.

"I'm thankful that the City of Fredericton chose to put their faith and confidence in me to lead the police force," she said during an interview with Information Morning Fredericton. 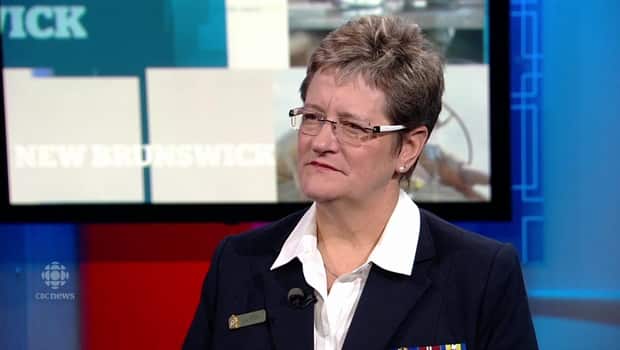 1 year ago
5:41
Harry Forestell spoke with Leanne Fitch about some of the challenges she and her officers faced during her tenure. 5:41

"It's been a true honour and a privilege. I think it means a lot to women."

Some of her favourite moments are when she's at an ATM or the grocery store and seniors come up and talk about her profession.

Fitch will be replaced by Roger Brown, the former commanding officer with the New Brunswick RCMP.

​​​Fitch was a well-known figure even before her time as chief. But in Fredericton, she was thrown into the national spotlight after the Aug. 10 shootings left four people dead, a day that remains vivid in her memory.

"It was a difficult day," she said. "I wish the day hadn't happened at all."

She applauded her staff for their handling of the shooting and the days that followed. She was also comforted by her senior staff, who leaned on one another for support.

Fitch said she was also grateful for the support from family, friends and the city.

"We really felt the embrace of the city and the citizens of this community and of the province and of the country," she said.

"Our reality has changed."

Fitch's time as chief also came with some controversy for the force.

Under her leadership, a number of Fredericton police officers were outed for alleged improprieties.

Former officer Cherie Campbell was fired after allegedly attempting to shoplift $20 of makeup from a department store in Houlton, Maine.

And the force was found to have broken New Brunswick's Official Languages Act in a ruling from the New Brunswick Police Commission.

But Fitch said she's still proud of the officers who responded and stood up during those challenging times and "did the right thing."

"I think our community really has to give credit to the officers who did the right thing when it was difficult to do," she said.

"That wasn't Leanne Fitch going out and kind of rattling the bushes to see what fell out. Our officers were out there doing their job, answering their calls, didn't look the other way, made arrests when they had to make arrests. And they did the right thing."

With files from Information Morning Fredericton and Jordan Gill