New Brunswick has a lot of people claiming Scottish heritage, but a hamlet in the Upper St. John River Valley is probably the most committed to celebrating its roots in Scotland.

Scottish blood not required to participate in the community's rich heritage

New Brunswick has a lot of people claiming Scottish heritage, but a hamlet in the Upper St. John River Valley is probably the most committed to celebrating its connection to Scotland.

Kincardine, along with neighbouring Upper and Lower Kintore and Bon Accord, make up what's known as the "Scotch Colony."

Kincardine is the cultural hub, with the church, old one-room schoolhouse and the Burns Hall acting as the local stomping grounds for concerts, plays and the annual Burns Night, held in honour of Robert Burns, Scotland's national bard.

Kincardine's dinner is tonight, but many dinners elsewhere will be held Saturday, on the 18th-century poet's birthday.

Darlene Morton said that even though Kincardine has changed demographically, its Scottish heart beats strong.

"There are only a few of us left now that are descended from the original settlers," she said.

"But the people who have moved in are amazing, because a lot of them become part of it. Even though they might not have a drop of Scottish blood in them."

The community had an inauspicious beginning.

It was founded by settlers largely from the Scottish county Kincardineshire.

Many of them soon came to regret the trip.

"There were two boatloads of settlers that came in 1873 and in 1874, and when they got here they found it wasn't what was promised," said Morton.

The settlement was the brainchild of Capt. William Brown, a Scot who wanted to develop a colony in New Brunswick.

He and his business partners travelled to New Brunswick, which, like all of the Dominion of Canada, was desperate for immigrants.

The province showed the group a number of locations, and Brown chose a tract of land on the St. John River between the Carleton-Victoria County line and the Tobique River.

The province promised to clear lots for the newcomers and to build log cabins for them as well.

When they arrived in Victoria County in May they quickly realized what they were promised hadn't materialized.

"They were supposed to have houses prepared for them," said Garth Farquhar, the area's "unofficial" historian. "I think there were only three ready,

"And one of those was underwater because it was in the early spring and Muniac [Stream] was high. So it was quite disappointing for them."

The next year even more Scottish immigrants arrived in the area, exceeding 600 at one point. 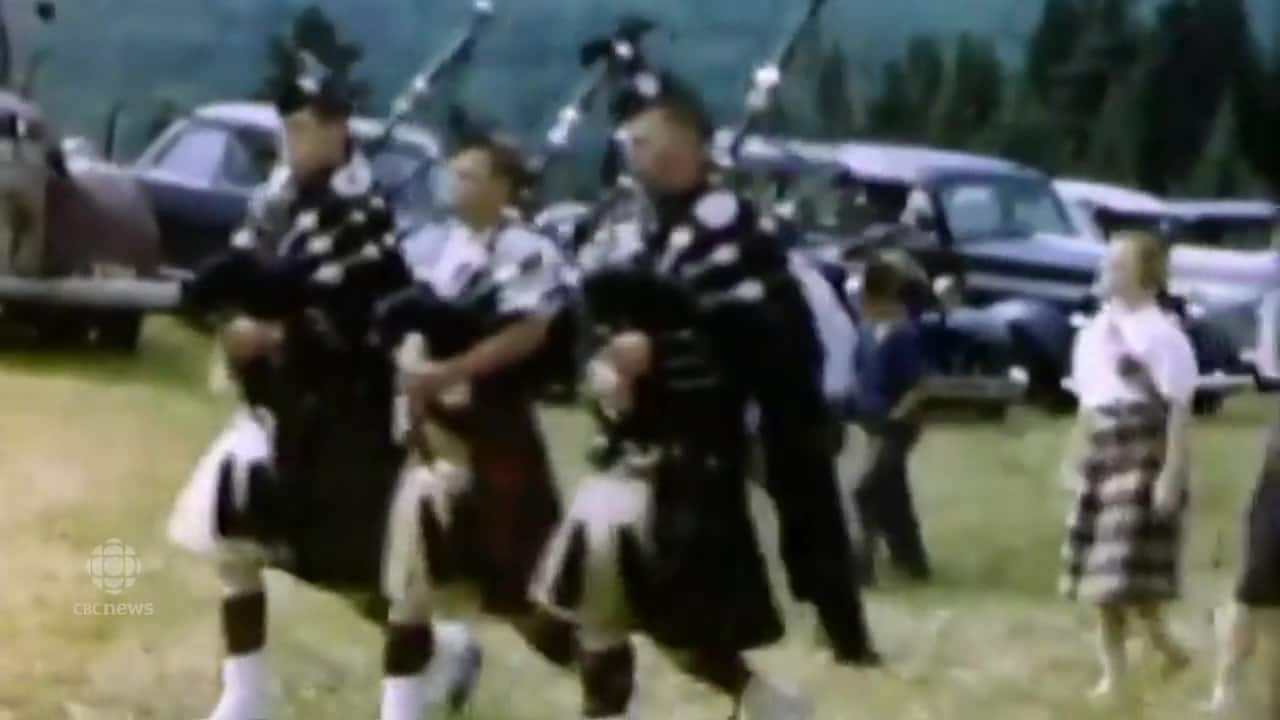 1 year ago
1:36
Hamlet of Kincardine in the Upper St. John River Valley keeps a close connection to its Scottish heritage. 1:36

Some, not getting what they were promised, moved to other parts of Canada and the United States.

But those who stayed behind stuck hard to their Scottish roots, building Presbyterian churches and starting Burns Day Celebrations.

Burns Day, or Burns Night, celebrations are a staple of communities both in Scotland, and among the Scottish diaspora.

A supper often includes the eating of haggis, a dish made of sheep organs, among other things, stuffed in a sheep's stomach and piped into the dining hall, where Burns's Address to a Haggis is recited.

The heart of the Burns Day Celebrations is Kincardine's Burns Hall, a small structure on what locals call the "lower road," built in 1911 and funded through the sale of shares.

Except for a few years when work had to be done on the building's foundation, the hall has held Burns Night ever since, along with a variety of other Scottish cultural events.

Mavis Smith, who has lived in "the colony" all her 92 years, said Scottish culture and Robbie Burns were always present in her life.

While she remembers the songs and dancing, she personally participated in "dialogues" or roasting of other townsfolk.

"Get up there and try to make it funny," said Smith.

"Sometimes you talked about your neighbours and things you know and told stories, made up lies about them and see how they did enjoy it."

Like all of rural New Brunswick, Kincardine has changed over the years.

The community is smaller, there are no open schools, and the churches are only open in the summer.

The makeup of the community has also changed, boasting people with English, Danish, Swedish and even Japanese ancestry.

But they, too, help keep the Scottish traditions alive.

Morton, whose grandfather built the Burns Hall, said the reason for that is simple: they're a fun group of people.

"We have a good time practising for Burns," said Morton.

"We have a great choir and it's not a very well-behaved choir. The director, she has a hard time keeping us in line, but we have a lot of fun."