How a treasure trove of mid-century furniture ended up in New Brunswick has to do with a progressive couple from Chicago and a connection to the great American architect Frank Lloyd Wright.

Tiny Forest City, N.B., south of Woodstock, is a rural outpost best known for its proximity to nature and the U.S. border.

Few would have guessed a home there, locked for nearly a decade, was filled with precious furnishings by internationally-famous designers.

The contents of the Roberts home were auctioned in Saint John on June 1 by Key Auctions for an undisclosed sum.

Bonnie Roberts-Sabo of Bangor, Maine, was "stunned" to hear the value of furniture, purchased by her parents, Stewart and Elizabeth Roberts, in Chicago in the 1960s.

How the treasure trove of mid-century furniture ended up in New Brunswick has to do with a progressive couple from Chicago and a connection to the great American architect Frank Lloyd Wright.

The Roberts — who met through work in the book publishing industry — were "ahead of their time," Roberts-Sabo said.

They were back-to-the-landers who protested segregation and the Vietnam War.

When it came to furnishings and design, the couple had a strong sense of "what was good —what was going to be valuable," Roberts-Sabo said.

"They were fairly wise that way."

In the 1960s, the Roberts lived in Cheney House in Oak Park, Chicago, originally built in 1909 for Edwin and Mamah Borthwick Cheney — who later left her husband for its architect, Frank Lloyd Wright.

By the early 1970s, the couple was "sick of the rat race," Roberts-Sabo said, and left Chicago for rural New Brunswick. 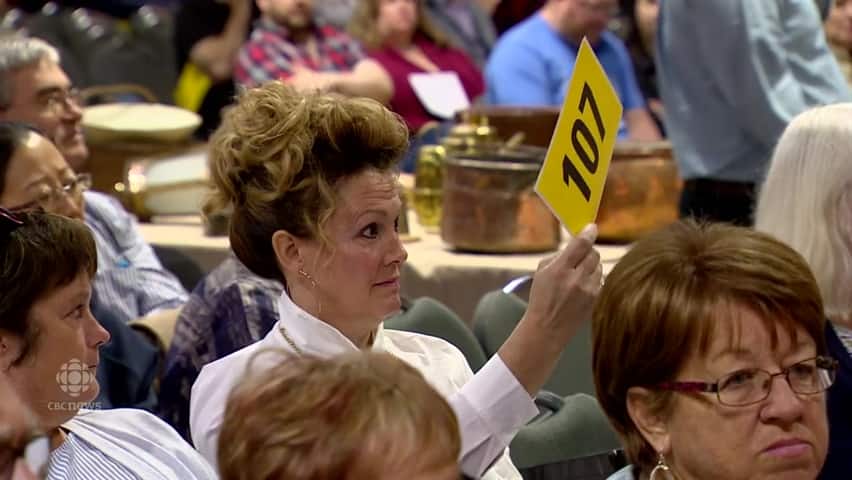 1 year agoVideo
1:06
Expensive furniture designed by mid-century icons was locked up in a New Brunswick house for a decade. 1:06

When her second husband passed away, the contents of the house remained in limbo.

"We didn't know which side it went to, our side or the stepfather's side. We had to leave it until things got settled," said Roberts-Sabo.

The house sat locked and empty for nearly a decade.

"It was just too much to try to take it back into the United States and dole it out piecemeal," said Roberts-Sabo said.

Once the estate was sorted out, she contacted Jared Steeves of Key Auctions, who described the lot as a "stunning selection of mid-century modern."

It was "a pretty special day," he said.

"Normally when I'm in an estate I don't pry for too much information. But certainly there was some intrigue on my mind as to how these items got here in the province."

While cleaning out the house, Steeves said he was shocked to uncover a box of "black-and-white professional photographs taken in the 1960s of this beautifully-designed house, decorated phenomenally."

"I started looking closer at the pictures, and I saw the chair that I loaded an hour earlier," he said.

On June 1, the pieces were auctioned at the Saint John Trade and Convention Centre.

"Some of the family certainly understood the magnitude of the lot, and there had even been some talk of getting it south of the border to these large auction houses that do feature mid-century quite regularly," Steeves said.

Roberts-Sabo said she and her siblings were thrilled with the unexpected value of their parents' estate.

"The furniture was wonderful," she said.

"Now someone else can enjoy it."

With files from Mike Heenan