A New Brunswick cruise entertainer is safely home after a 36-hour ordeal in the South Atlantic that saw the ship he was on abandoned after its engine caught fire near the Falkland Islands. 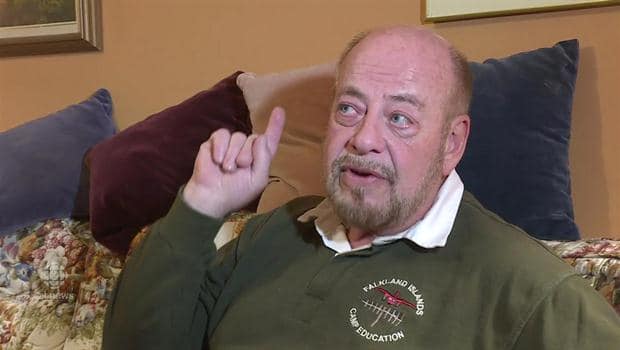 5 years ago
1:46
JP Nadeau, cruise entertainer, is safely home after a 36-hour ordeal in the South Atlantic after he had to abandon ship with passengers and crew when the engine caught fire 1:46

A New Brunswick cruise entertainer is safely home after a 36-hour ordeal in the South Atlantic that saw the ship he was on abandoned after its engine caught fire near the Falkland Islands.

"We were all concentrated on the top deck in the front, to get away from the smoke, which was coming from the back in the bottom," he said from his home in Woodstock.

After five hours on the deck in the darkness, orders were given to abandon ship.

Some were winched to safety by British Royal Air Force helicopters coming from the nearby Falkland Islands.

Nadeau was the last person into a lifeboat.

"Being the last person, I had no place to sit, so I had to stand in the lifeboat during the wild experience that that was," he said.

He stood for another six hours amid the three-metres waves.

Passengers eventually boarded another cruise ship which took a day to get them to Port Stanley, the capital of the Falkland Islands.

In the tiny capital, Nadeau said residents opened their homes to passengers.

"It was really a community spirit that I still cherish. It was beautiful, really beautiful," he said.