A fire that broke out at a Shediac jail last week started in an employee-only area, where inmates did not have access.

A jail fire caused by cigarette butts last week started in an employee-only area that inmates did not have access to, New Brunswick's fire marshal said.

The Southeast Regional Correctional Centre is a non-smoking facility that housed more than 160 inmates when the fire broke out last Wednesday afternoon.

Douglas Browne said the fire was traced to cigarette butts found near a second-floor terrace that weren't put out. He said the fire originally started underneath a wooden ramp by an access door leading to the roof area.

Calling the fire accidental, the New Brunswick fire marshal said investigators discovered several butts "improperly or accidentally disposed of" at the fire's point of origin near the outside terrace.

Browne said he would leave it to the correctional staff to look into the investigation of smokers material in that specific location.

"We're just there to determine what [the] cause is," said Browne.

In an interview with Information Morning Moncton, Browne said the fire was well underway before occupants were notified.

"We did determine when the fire ignited in that location, it extended up into the wall and up into the roof components," said Browne.

"At this point in time, it entered into the building and that's what sounded the smoke alarm system."

Browne applauded the correctional facility for having all of its safety devices functioning properly, such as fire alarms, the sprinkler system and ventilation system, which was shut down so smoke wouldn't pour into the building.

The engineering of the building and building code inspection were also up to date.

He said staff were also able to get the inmates out of the building in a timely fashion, which he said is one of the key elements.

"I'm pleased to say because they practiced, because they had a plan, they were able to evacuate safely," said Browne.

"They acted properly, as soon as the fire entered the building."

Browne said correctional facilities and hospitals have the most extreme evacuation plans because "occupants of the building are relying on the staff for the evacuation." 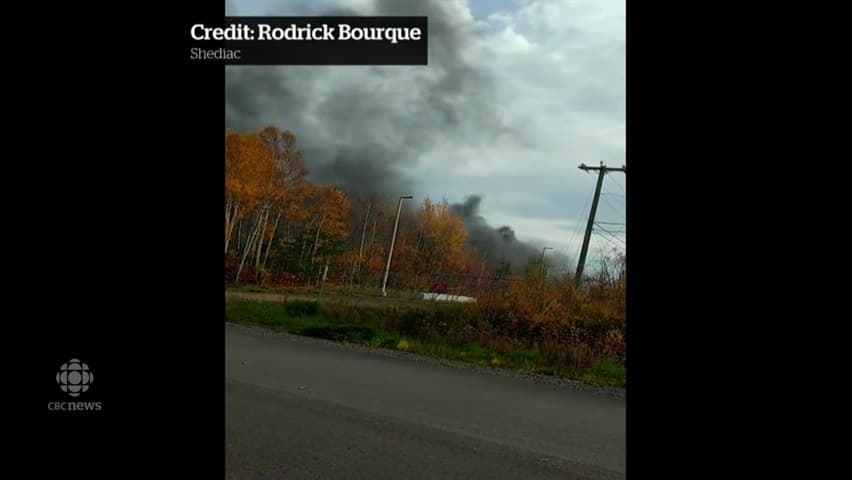 Fire at the Shediac jail

3 years agoVideo
0:15
Rodrick Bourque was near the Shediac jail when a fire began. 0:15

Although the fire investigation has been concluded, Browne said the province's Department of Transportation and Infrastructure, along with correctional staff will go through the building to make sure it's safe to re-occupy.

The Shediac inmates — men who are serving sentences of two years less a day or waiting for trial — were moved to jails in Dalhousie, Madawaska, Saint John and Miramichi.

Their whereabouts were not made public after the fire, which provoked complaints to the New Brunswick Ombudsman and caused some disruption in the court system.