Federal NDP Leader Jagmeet Singh is calling on the New Brunswick and federal governments to fund the province's only privately funded abortion clinic.

Federal NDP Leader Jagmeet Singh is calling on the New Brunswick and federal governments to fund the province's only privately funded abortion clinic.

Clinic 554 is a family practice with about 3,000 patients. It also offers abortions, which aren't covered by the provincial government.

In October, Adrian Edgar, the clinic's medical director, announced the clinic would close without funding from the province.

Before the federal election, Trudeau stopped in Fredericton to express his support. He said if he won the election, he'd "ensure" that abortions at the clinic would be funded by New Brunswick's Progressive Conservative government.

Singh said he has raised the issue with Trudeau since the Liberals were re-elected but he's disappointed that a plan to save the clinic hasn't been established.

"It can be done," he said. "I didn't get that same clarity from the prime minister that he understood that he has a role and that he would use the tools that he has at his disposal." 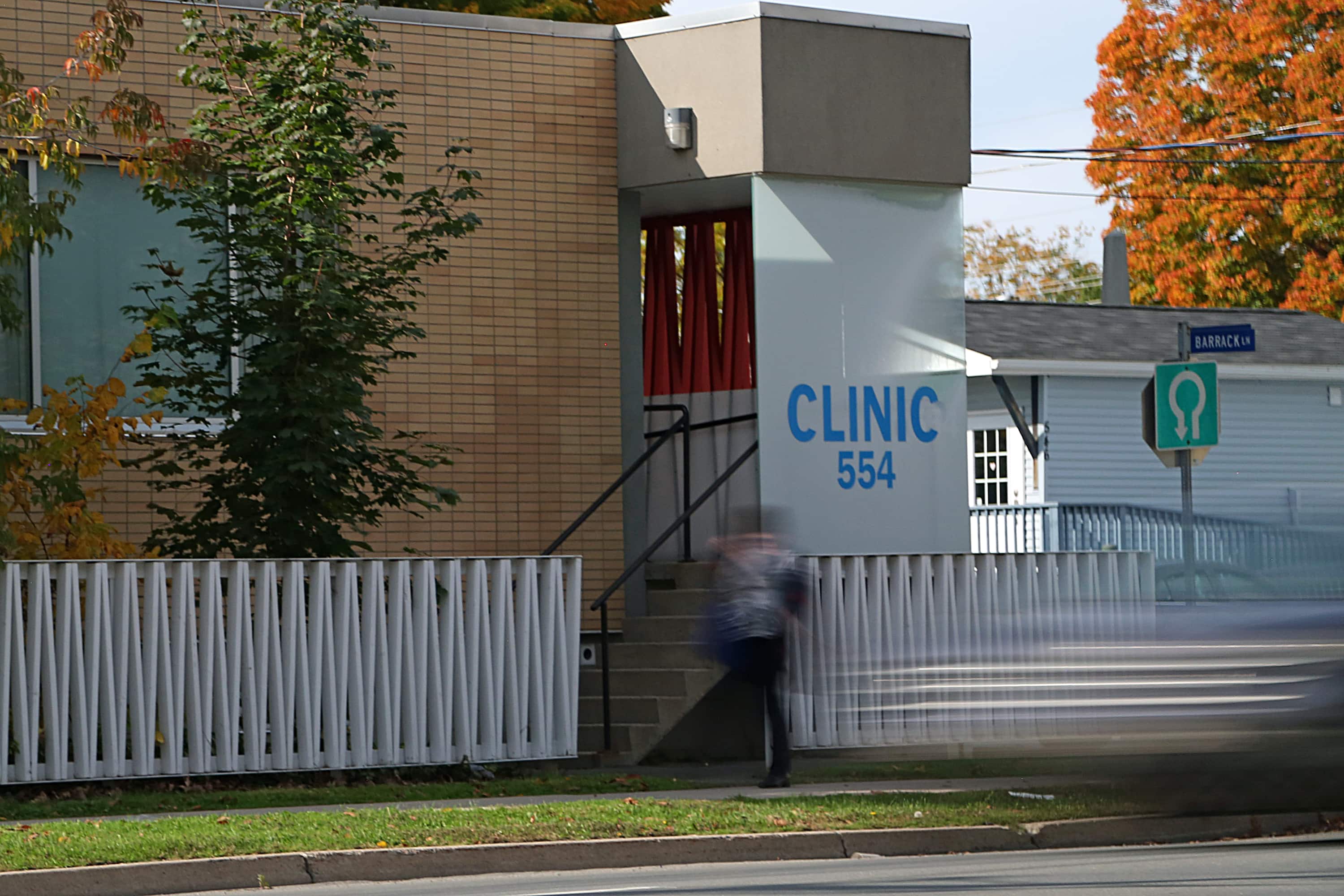 Lack of government funding forces Clinic 554 to close its doors

1 year agoVideo
1:21
Clinic 554, New Brunswick's only private abortion clinic, is shutting down after the provincial government refused to provide funding to cover the cost of abortions at the clinic. 1:21

Under the Canada Health Act, Ottawa can withhold funding from provinces that fail to comply with Health Act standards, but it doesn't go into specific procedures.

In October, Kerri Froc, an assistant professor at the University of New Brunswick law school, said the issue rises from two Canada Health Act provisions — the standard of accessibility for medically necessary service and ensuring that comprehensive health services are offered.

The issue is defining what counts as reasonable access. Currently, New Brunswick will only cover abortions at the Moncton Hospital, the Dr. Georges-L.-Dumont University Hospital Centre in Moncton and the Chaleur Regional Hospital in Bathurst.

Singh said people in the province will not have reasonable access to abortions if Clinic 554 closes.

"It's something that has to be protected and I'm going to continue to use my role and my position in this minority government to push the prime minister to do everything we can to keep this clinic open," he said.

Clinic 554 is still at risk of closure. The clinic's medical director said it's currently being run on a month-to-month basis.

In a statement to CBC News, Department of Health spokesperson Bruce Macfarlane said the province's stance on abortions "remains unchanged from that of the previous government."

"Abortions are available in publicly funded hospitals in New Brunswick," Macfarlane said. "The government of New Brunswick does not fund private health-care services."