A Fredericton man who built a solar furnace for $300 and decreased his heating bills says he’s overwhelmed with the response to his design and is considering turning the homemade device into a business. 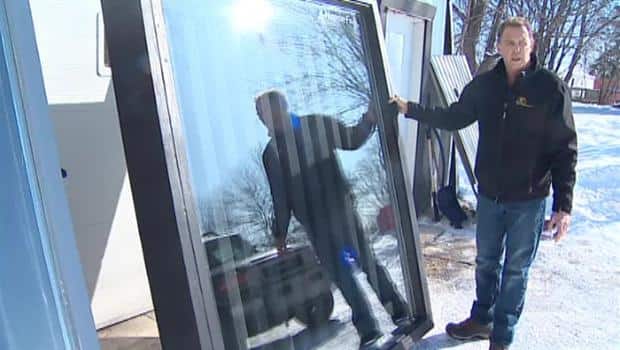 7 years agoVideo
2:17
RAndy Buchanan has been overwhelmed by response to his $300 solar furnace. 2:17

A Fredericton man who built a solar furnace for $300 and decreased his heating bills says he’s overwhelmed with the response to his design and is considering turning the homemade device into a business.

Randy Buchanan of Lower St. Mary’s said his Facebook page has been flooded with inquiries about his furnace since CBC News ran the story last week.

Using a salvaged thermopane window, some pop cans and aluminum downspouts Buchanan built a solar furnace. Sunlight warmed the air in his garage from about 5 C to 38 C.

Buchanan said he doesn't know yet how much he is saving by installing the makeshift heating system, but points out the solar heat is coming down for free.

The design went viral on the internet.

"So, yeah, I've got about a million new friends now,” he said. “Incredible. I can't believe it. I mean, from sticking this up on Facebook last week to this, incredible. It's been all over the world."

Buchanan says he has now completed a second prototype to help heat the gym across the road from his home.

He was inspired by designs he found online, but says his furnace has some modifications.

“I use the pop cans to aid in the connection and also to slow airflow down through the pipes,” he said.

It's not a complicated design, but with the interest he's gathered Buchanan said he thinks it may be a business opportunity.

“Anybody that has any capacity to do any of their own work will be able to figure this out. Anybody who really, really needs this for their home, are destitute, I'll help you out. There's no ifs ands or buts,” he said.

“But there are a lot of people out there who aren't going to be able to build their own, they don't have the capacity or perhaps don't have the area to work, we hope to fill that void right off the bat."

While Buchanan is drafting up drawings of his design, he plans to keep some details to himself for now, exploring commercial opportunities as his new solar furnace proves itself.