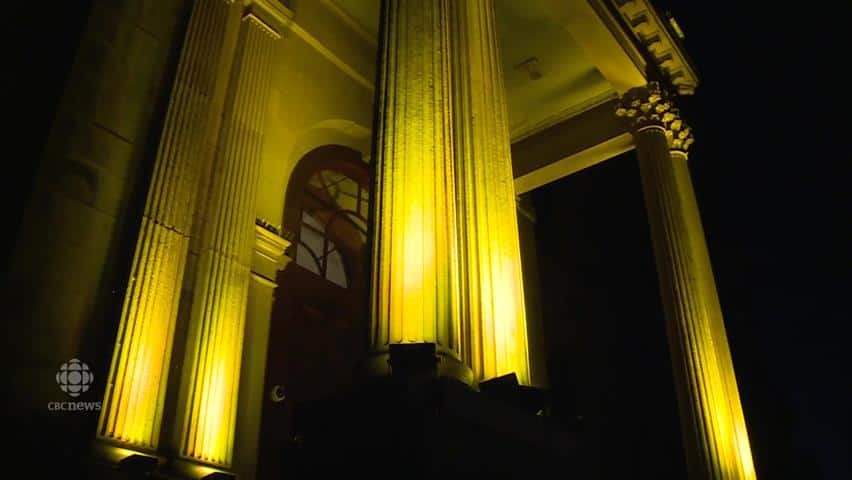 5 years ago
1:40
The NB Legislature lit up gold Wednesday evening to raise awareness for childhood cancer. 1:40

"They're going to know about children's cancer and how important it is and it's an important cause and it affects people right here in our neighbourhoods," said Speaker Chris Collins.

Collins lost his 13-year-old son Sean to cancer in 2007. In 2013, he cycled across Canada with the Sears National Cancer Ride.

Collins, a Moncton MLA and the legislature's Speaker, organized Wednesday's event in time to meet this year's team as they make their way to Halifax.

"In essence why we ride is to end one sentence; your child has cancer. And one day hopefully that sentence is never said again," he said.