Charities tasked with distributing federal and regional grants during the pandemic say they've funded more than double the amount of projects and initiatives since March than they would in a normal year.

Expansion at Fredericton food bank wouldn't have been possible without grants, director says

Charities tasked with distributing federal and regional grants during the pandemic say they've funded more than double the amount of projects and initiatives since March than they would in a normal year.

The United Way Central N.B., the Red Cross and the Fredericton Community Foundation are all distributing funds from the federal Emergency Community Support Fund, among others.

And for agencies in need, such as Greener Village in Fredericton, the help has made all the difference.

"These four projects just flat out would not have been able to happen if we didn't have that funding come in," said Alex Boyd, executive director at Greener Village.

The food bank has recently expanded its clothing boutique and it's working on adding more storage space, refrigerator space, and meeting space.

The number of people coming to the food bank rose dramatically when the pandemic struck, making it clear to Boyd that it needed to increase space for the safety of volunteers and clients.

"The uncertainty and businesses closing and people being laid off really caused a significant influx," said Boyd.

WATCH | Foodbank makes changes to adapt during the pandemic. 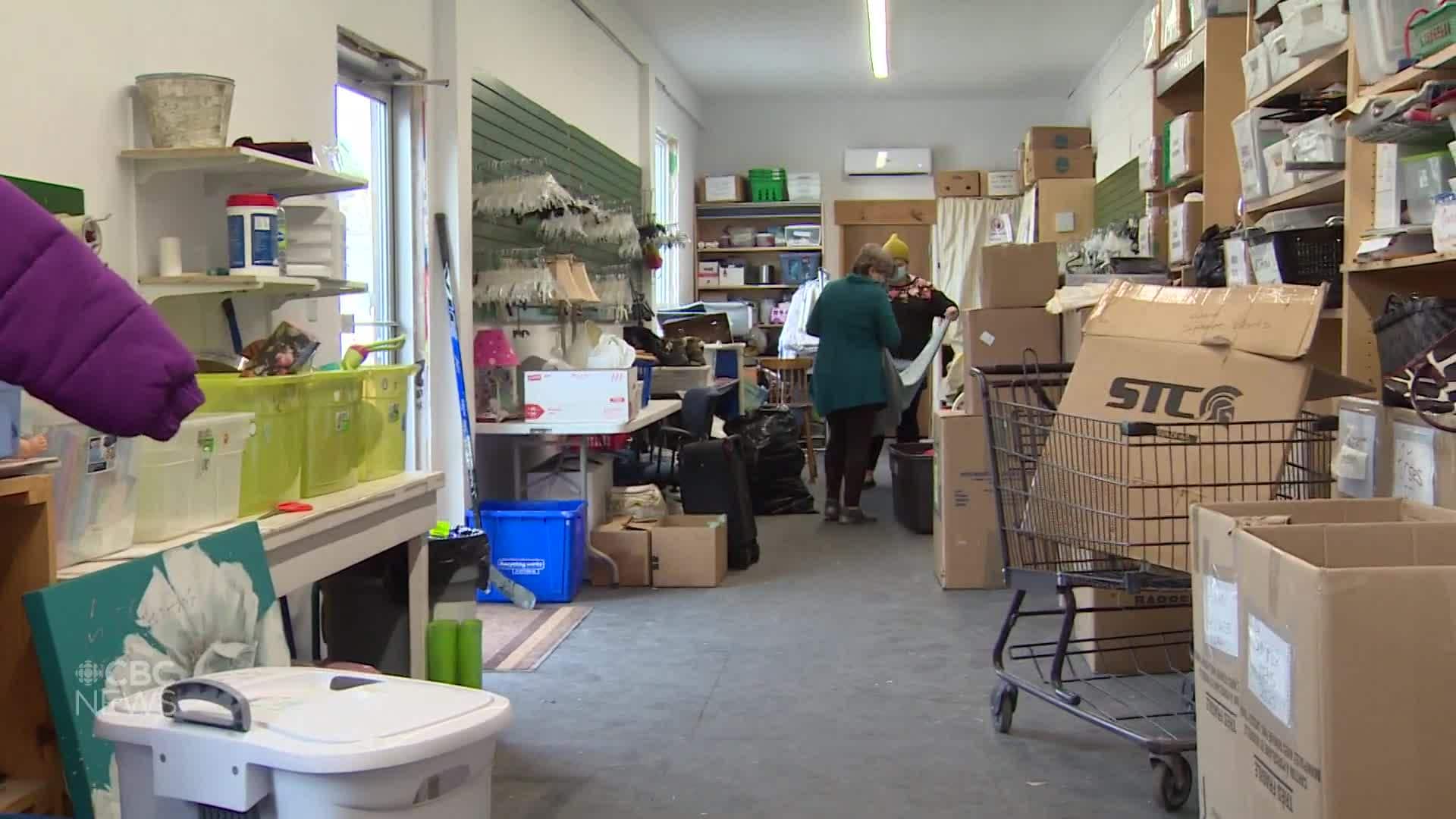 The food bank applied for funding from both the Fredericton Community Foundation and the United Way Central N.B., and got all the funding it requested, about $80,000.

"It was a definite fist pump moment," said Boyd. "These are things that are needed but we haven't been able to get to them and now that we can do that and have that funding ready, it's a really great feeling."

Boyd's is just one example of dozens of initiatives that have been funded through local charities since the start of the pandemic.

Faith McFarland at the United Way says the organization normally does one round of funding in a year. This year, it's done five.

"In the context of COVID, what was really required was decisive, rapid and accessible help to these organizations so that we could try to mitigate as much of the risk of losing services for people," said McFarland. "Because if anything, what we saw in the early stages of the crisis is somebody who does not have a buffer in their pocket, were at really high risk in terms of interruption around even just the most basic things like medication and food."

$350 million was made available to community agencies across the country through the Community Emergency Support Fund.

Through that fund, The United Way invested $582,088 in projects in the Fredericton area and up the St. John River Valley.

"And for that, we really had to strive around geographic equity, like trying to understand, well, how are the needs different? When you are looking for a really, really hyper–local community, partners in place, like Grand Falls, who are you going to connect with? What are the needs? Is this the right program for the community?"

The projects are varied, from a restaurant in Woodstock that doubled as a makeshift soup kitchen, to providing off-reserve Indigenous children with laptops to stay connected with their schools and friends, to making available an online course that gives training in suicide intervention.

The United Way has also worked closely with the Fredericton Community Foundation, which has delivered funding to similar programs -- a mobile health clinic and access to feminine hygiene products for young women in need when the schools closed.

Executive director Kate Rogers says more than a million dollars has gone into the community through grants, double what the foundation funds in a normal year. About half of that came from the Emergency Community Support Fund, with other amounts coming from local donations, such as the Fredericton Resilience Fund.

"It just was this feeling, everyone just sort of stepped up," said Rogers. "People in the community recognize that there is a need and that we had to make sure that we kept these charities alive and doing their work during the pandemic. So people contributed in different ways and different amounts, a lot of people."