With only a couple weeks left in March, the City of Fredericton is waiting to hear from the province on a policy and direction for the out-of-the-cold shelter which is set to shut its doors at the end of the month.

The temporary emergency shelter is set to close March 31

Fredericton's out-of-the-cold shelter is still set to close at the end of the month even as city officials are seeking a long-term fix.

City council sent the province a rather urgent letter last month asking for a "coherent plan" for the shelter as of April 1, and for the fall.

Fredericton Mayor Mike O'Brien said he hasn't heard back from the provincial government and there are just a couple of weeks left until the temporary overnight shelter at 791 Brunswick St. is set to shut its doors.

"We're getting a little anxious obviously, but it's a big file," he said.

O'Brien said "lots of people" have a role to play, but the policy and direction have to come from the province.

In February, Fredericton council sent a letter asking the Department of Social Development and the Department of Transportation and Infrastructure to work together to identify a temporary shelter location, different from the current property, but somewhere that's able to accommodate the current demand.

O'Brien said Monday that he never received any acknowledgement of the letter from the province.

"Something has to be addressed. There will be people on the streets again and they need some care and attention." 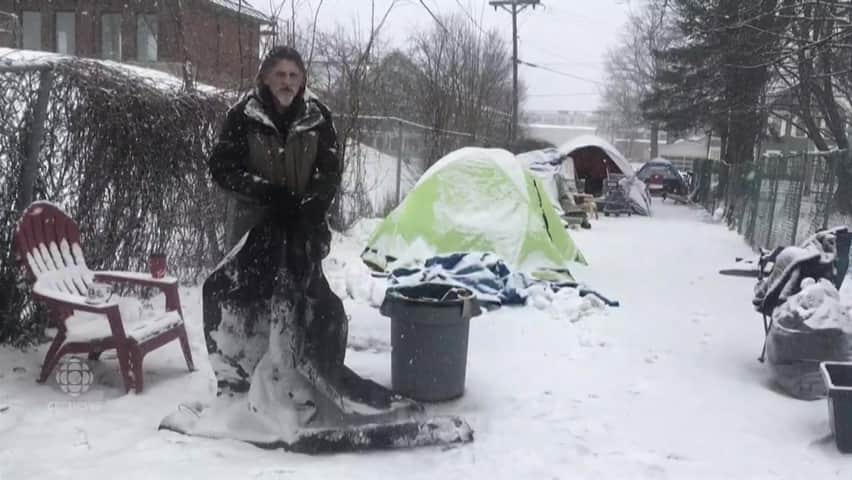 2 years ago
1:37
Provincial government has no apparent plan for helping the homeless, despite millions in federal funding 1:37

Social Development Minister Dorothy Shephard said in February on CBC New Brunswick's political panel that the province has funding in place until April 28 for the out-of-the-cold shelter.

"The city imposed a March 31 deadline in the planning and advisory committee application," Shephard said at the time.

Zoning issues were a problem when the community worked hastily to set up the shelter last fall.

On Monday, O'Brien said the application that was submitted to the city was to operate the out-of-the-cold shelter in its current location until March 31, and until someone submits another plan, that deadline holds.

"I do understand that there's been some meetings happening with some of the community groups but nobody has come forward to the city yet with a request or plan," he said.

"We're waiting for them to reach out with us to see what the plans may be."

O'Brien said he's surprised that he hasn't heard yet, and hopes to avoid another last-minute request.

"The verbal meetings with the province started in early December about what the plans would be for March 31. There's lots of time for them to consider it."

"We anxiously wait to see what's happening — March 31 isn't that far away."