A man from Fredericton who suffered a heart attack while vacationing in Florida was saved by the quick actions of a stranger passing by.

As it turns out, the passerby happened to be from Fredericton, too.

He had never met Sandy MacNeill and doesn't remember him performing CPR (cardiopulmonary resuscitation), but says he's grateful he "was in the right place at the right time."

MacNeill says he didn't realize the hometown connection at first, either, and is just happy he was there to help.

On April 4, Reddon went for a morning run with his longtime friend Bernie Arseneau, who is also from Fredericton.

Although they've run together "quite regularly" for the past 25 years, they warmed up with a one-kilometre walk.

They planned to run five kilometres, and when they got halfway, Reddon suggested they take a selfie before heading back. As Arseneau was putting his smartphone away, he heard Reddon say, "Oh Bernie."

"I looked up and down the street, thinking [something] was coming, and turned around and Tom had collapsed on the ground," unconscious, said Arseneau.

Two women soon arrived. One called 911 and the other went searching for help. She found MacNeill, who was walking nearby with a friend, and asked if either of them knew CPR.

MacNeill, who had taken several courses over the years but never performed the life-saving procedure, rushed over to Reddon and started the emergency chest compressions and mouth-to-mouth resuscitation.

"Tom didn't have a pulse, so I just made sure somebody had called 911 and then continued to give CPR until we heard the sirens and the fire trucks showed up," MacNeill said in a telephone interview from Florida.

"It seemed to take forever, but also, you know, time was just flying by," he said. It was "a blur of adrenalin." 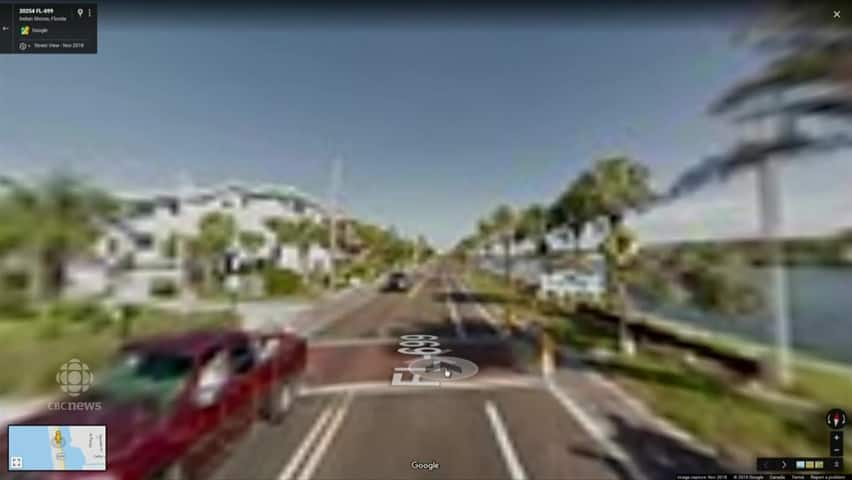 One Fredericton man saves another while on vacation in Florida

2 years agoVideo
0:49
This Fredericton man had a heart attack in Florida and a passerby, who was also from Fredericton, saved his life. 0:49

Arseneau estimates emergency crews arrived within about five minutes and used a defibrillator on site.

"The firemen there said they had gotten his heart started again, so that certainly was a good sign," said MacNeill.

Arseneau called Reddon's wife and daughter to tell them what had happened.

That was MacNeill's "first inkling" Reddon was from New Brunswick, because he overheard a phone number with the area code 506.

Arseneau watched as emergency crews loaded his friend into an ambulance. "I said goodbye to him, not knowing how this was going to turn out, 'cause he was unconscious at the time," he said.

Within about two-and-a-half hours, Reddon was being prepped for surgery at Largo Medical Center. "We were told that Tom was in very serious condition."

Several hours and two stents later, Arseneau got to see his friend.

'I'll be signing up for CPR soon'

Reddon says the last thing he remembers is the warm-up walk. "Next thing I remember is waking up two days later in the hospital.

"For my type of [cardiac] arrest, the success rate is not very high, so to have somebody there to immediately call 911, to do CPR and to have a hospital close by … and to have cardiac surgeons on hand to fix me up, I mean, it's amazing that everything fell together so well for me," said Reddon.

I think we'll get together when we get back in Fredericton over a craft beer or two and talk about life and stuff.- Tom Reddon , heart attack survivor

Arseneau, who is back home in Fredericton, said his biggest takeaway is the importance of knowing CPR.

Others include always running with a friend, having identification with you, and having medical insurance when travelling.

"Obviously, I was really happy that I was there and had the training in the past to be able to help."

Reddon got a chance to meet MacNeill last weekend and says it was "very emotional."

"We got along famously well, and I think we'll get together when we get back in Fredericton over a craft beer or two and talk about life and stuff."

MacNeill had a different idea. "I think maybe we should all meet at a CPR course."

With files from Colleen Kitts-Goguen and Harry Forestell