New Brunswick's Progressive Conservative government has cancelled its commitment to host the 2021 Francophonie Games, citing the rising costs of the event.

'None of these decisions were easy,' says New Brunswick Premier Blaine Higgs

New Brunswick's Progressive Conservative government has cancelled its commitment to host the 2021 Francophonie Games, citing the rising costs of the event.

Premier Blaine Higgs said even with a last-minute letter from the organizing committee slashing the projected budget from $130 million to $62 million, there was no guarantee costs would not rise again.

He called the reduced price tag "suspect" given the various figures that have been floated in the last two months.

The organizing committee said in a letter earlier this week that it had reduced the cost to $62 million and called on the province to continue discussing how to rescue the Games.

But Higgs said Wednesday it was important to make a decision before more work and money went into organizing the Games.

In Ottawa, Prime Minister Justin Trudeau called the decision "a shame for francophone communities, a shame for the athletes, and a shame for the countries of the world that were looking forward to come to New Brunswick and Canada to celebrate the Francophonie."

Trudeau said his government had been prepared to "fully participate" in supporting the event even though it has insisted it would not go beyond matching the province's funding.

The premier learned shortly after taking office in November that the original cost in New Brunswick's 2016 bid, $17 million, was wildly off the mark.

Having a financial model that works

Higgs said his government would provide $10 million, the upper range of the province's original commitment when the previous Liberal government secured the Games, but not any more.

Higgs said the Games would have been an important event for New Brunswick and Canada, "but there has to be a model that works financially, because it's the same with everything we do: we have to decide how we can manage this financially." 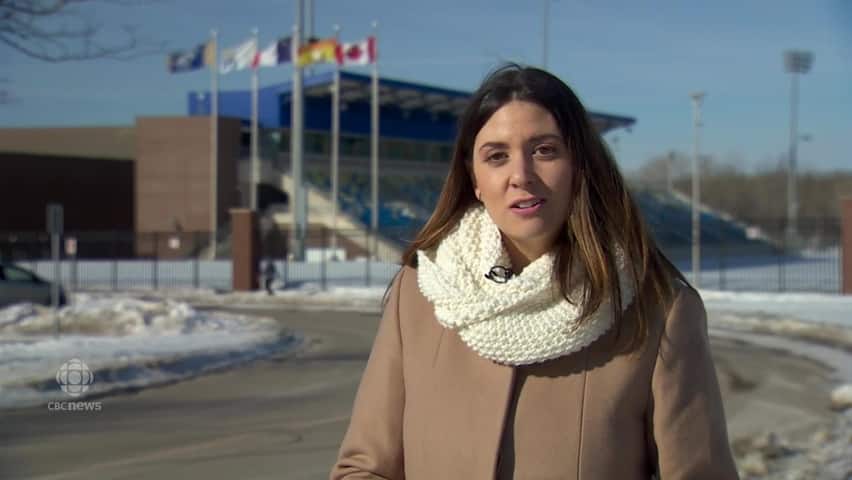 Federal Intergovernmental Affairs Minister Dominic LeBlanc said he concluded from his meetings with Higgs that the PCs "planned all along to scuttle the games."

Earlier this month the PCs set a Jan. 30 deadline for the federal government to come up with additional funds. Without that commitment, he said the Games would be cancelled.

On Tuesday, federal Sports Minister Kirsty Duncan released a statement saying there had been "productive" discussions between the two governments but repeated Ottawa's position that the federal government would only match provincial money "dollar for dollar."

The message that Higgs just gave New Brunswickers is that we're too small to do big things here.- Kevin Arseneault, Green Party MLA

Even so, Duncan said she was "happy to see [provincial officials] making these Games a priority and fulfilling their commitment to host them in 2021."

But Higgs said those comments were "more than misleading." He said a provincial official sat in on a meeting of the Games organizing committee Tuesday but heard nothing new from federal representatives.

"There was no path forward," he said.

He accused Duncan of releasing the statement Tuesday because her officials knew Wednesday's cancellation was imminent.

Higgs repeated his view that Ottawa and the two provinces who participate in La Francophonie, Quebec and New Brunswick, "need to look at these as a national event. … This is more than a province can take on."

He suggested the federal government take the lead in the future on hosting the Games and said if the Trudeau government wants to take over the 2021 event and run it in New Brunswick, "I wouldn't turn that down."

The organizing committee for the Games released a statement saying it was disappointed in the decision but accepted it.

The statement said the committee will await "next steps" from Ottawa "and will work with them to assess any possible options to keep the games in Canada."

Meanwhile, the International Organization of the Francophonie said in a statement it regretted the decision and would examine the "consequences" of New Brunswick's withdrawal at the next meeting of the international games committee on Feb. 14-15.

Under the Francophonie's rules, a host government that pulls out is responsible for "any financial claims" related to commitments the international organization made for the games.

Liberal MLA Monique LeBlanc accused Higgs of using the Games controversy to distract New Brunswickers from spending cuts and said he was "closing the door on the only international organization in which New Brunswick has a seat."

Green Party MLA Kevin Arseneau said the Tories could have increase their commitment "a little bit" to demonstrate a willingness to save the Games.

"The message that Higgs just gave New Brunswickers is that we're too small to do big things here," Arseneau said.

But People's Alliance Leader Kris Austin, whose party is supporting the PC minority government in the legislature, said Higgs made the right decision.

Austin also said that, as a federal taxpayer, he was glad Ottawa opted not to bail out the event.

"I'd much rather see federal money going to things that are needed in New Brunswick and I don't see Games as one of them."

Despite the polarized reactions, Higgs said he didn't think his decision would contribute to linguistic divisions.

"Actually what we're seeing across the province, in French and English, is very strong support that this is something the province cannot host on their own, and … that I should stick to what we committed to."