A survey of 18 farms suggests that 2,000 acres on those properties will go unplanted this season, the National Farmers Union and other groups say at a joint press conference.

New Brunswick farming groups are warning of serious shortfalls because of the government's refusal to admit temporary foreign workers.

They claim this would result in the loss of $7 million for those 18 farms. The news conference was held the day after Premier Blaine Higgs indicated he might relent somewhat on the ban.

"In order to ensure local food choices at affordable food prices temporary foreign workers must be allowed to come to our province and work seasonally in primary agricultural production," said Lisa Ashworth, president of the Agricultural Alliance.

In April, the provincial government banned temporary foreign workers from entering the province as part of its strategy to curb the spread of COVID-19.

This caused concern in the agriculture, aquaculture and fish processing sectors, which rely on temporary foreign workers to keep businesses running.

The province said unemployed New Brunwickers and students could do the work instead, but farmers say those workers don't have the training and work ethic of the foreign workers.

Kent Coates, the president of Really Local Harvest, said he found it more difficult to find local workers as his farm grew, so he turned to temporary foreign workers in 2018.

Coates said he's hoping for a full reversal of the worker ban as soon as possible.

The group claims between 165 to 175 temporary foreign workers are needed for primary agriculture production in the province. Coates said it's difficult to say how many New Brunswick workers would be needed to replace them.

"It's almost impossible to replace those trained [workers] with untrained workers," said Coates.

"We'll get through the season, but I'd certainly take a financial loss." 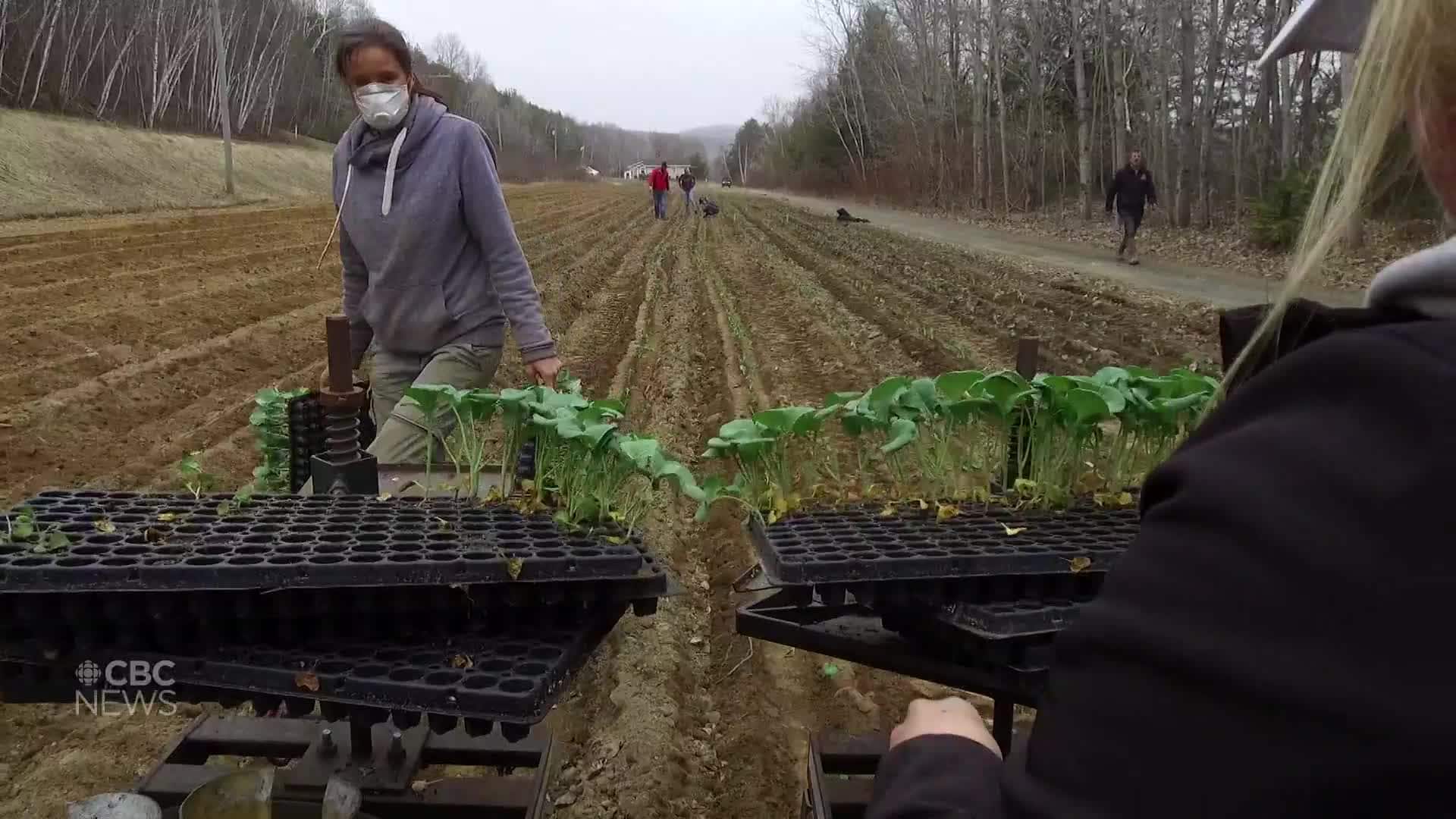 10 months ago
4:50
After Premier Blaine Higgs banned temporary foreign workers to prevent the spread of COVID-19 in New Brunswick, farmers lost some of their best workers and are struggling to keep up. 4:50

He said the three men he hired from Mexico changed his life.

"They gave me hope that growing food in New Brunswick is possible," said Coates.

Coates said he hoped to bring in workers next Monday to begin their two-week quarantine.

He said he's already lost some.

"One of my trained workers came to Canada today, he's working on a farm in a different province," said Coates.

On Wednesday, Higgs suggested he would be open to loosening restrictions on some foreign workers after the number of New Brunswickers coming forward to fill those jobs was underwhelming.

"I said I wouldn't let them go without employees and I meant that. I won't," Higgs said during Wednesday's briefing on the COVID-19 pandemic.

"If we don't fill the roster in the next few days … then there will be the decisions made to ensure we meet the needs."

Coates said he doesn't expect there to be any food shortages in the province as major grocers will still bring food in. But local products will be harder to find.

He said he won't be growing some labour-intensive, low-yield produce such as green and yellow beans.