The owner of King Construction Ltd. is vowing to keep going despite the loss of "everything" in an early morning fire at the company's building in a Hanwell industrial park. 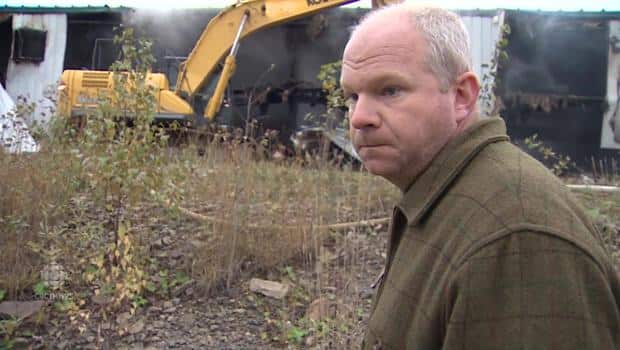 5 years ago
2:09
Owner vows to keep business running after fire destroys "everything." 2:09

The owner of King Construction Ltd. is vowing to keep going despite the loss of "everything" in an early morning fire at the company's building in a Hanwell industrial park.

Steven Scott was notified of the fire at 2:30 a.m. by an alarm company. At its height, more than 70 firefighters from 11 departments were involved.

"I'm still sick to the stomach, I'm just sick," said Scott Thursday morning as he watched heavy equipment rip down what remained of the large warehouse-type building. "We've been here two years ago in September and the men were very, very proud of this building."

The building contained the company's cabinet-making shop, and all its materials and equipment for use on job sites. The company has about 50 employees. 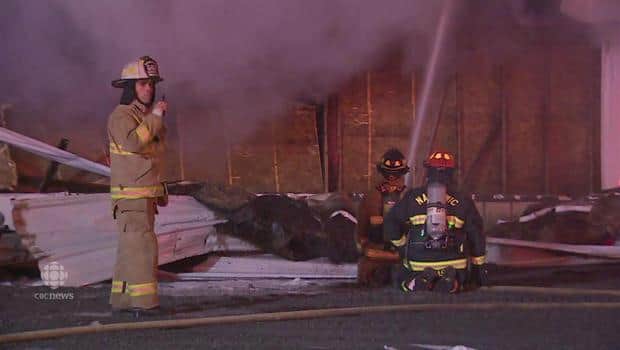 5 years ago
0:38
more than 70 firefighters battled Hanwell blaze. 0:38Scott said it's too early to give a financial estimate of the damage.

"I would have no idea. It's still way too early," said Scott. "It's all our equipment, all our tools, material, inventory, the whole nine yards."

Scott says the company will press on and he's telling employees to continue with their projects.

"First, thank God no one was hurt. No. 1, look after our customers and keep our jobs going, then keep on going."

Scott says the area construction community has been very supportive in the hours after the fire.

Capt. Matt MacNeil of the Upper Kingsclear Fire Department says the call came it at about 2:45 a.m.at King Construction Ltd., on Fairway Drive, off of Timothy Drive.

The fire department has called in help from six other departments.

Upper Kingsclear Fire Chief Murray Crouse said were are no dangerous chemicals inside the building, but a lot of other fuel for the fire.

"We seem to be chasing fire," said Crouse.

"It's a big warehouse-type building, lots of flammables."

He said on one side of the building there is a woodshop with stacks of plywood and the fire kept spreading.