Plaster Rock 'on edge' over allegations about Family Worship Center

The Family Worship Center church in Plaster Rock is the focus of allegations posted on social media by a former congregation member.

The Family Worship Center church in Plaster Rock is the focus of allegations posted on social media by a former congregation member.

Many of the stories, posted by Trevor Argue, talk about the deterioration of family relationships when people join or leave the church. 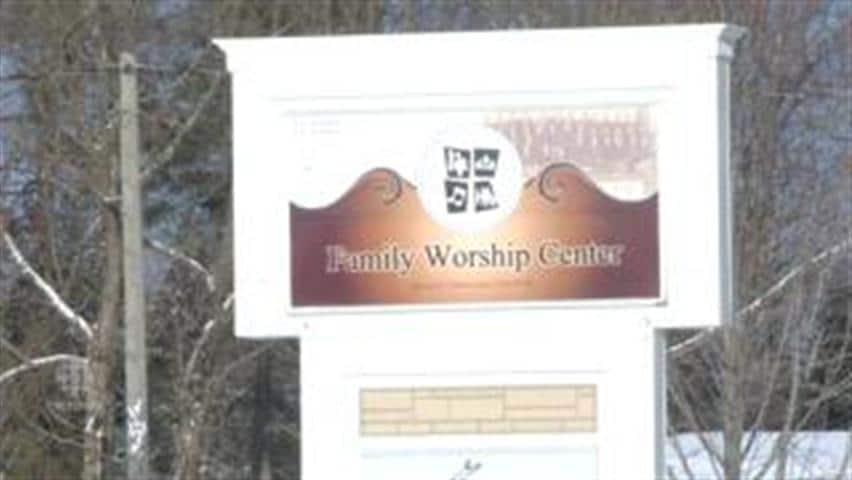 5 years ago
2:12
A former member of the Family Worship Centre in Plaster Rock alleges church leaders have divided families when people join or leave the church. 2:12

Argue says he began writing long posts on Facebook last fall after former members of the church reached out to him with their stories.

Argue has long been a critic of the leadership at the Family Worship Center; Pastor Daniel McKillop, and his father, former pastor Dana McKillop.

Argue and his father, Fletcher, left the church 16 years ago, a move that split them from their family that remained with the church.

Trevor and his father later sued church leaders and say they reached an undisclosed settlement out of court.

For the next little while they wrestled with trusting Danny McKillop, and their son.-  Trevor Argue

Argue, who now lives in Alberta, says he's had a huge reaction since he began writing the posts.

"The support and the outcry has been overwhelming. It's been a lot more than I had ever anticipated that it ever would be," said Argue.

"I've had thousands and thousands of people respond to the posts," he said.

One of Argue's posts refers to a young male member of the church who was attending university. It alleges that Pastor Daniel McKillop regularly criticized him and other university students from the pulpit for choosing to pursue a secular education. The man has confirmed this account to CBC News.

Eventually the young man and his girlfriend left the church together. He has told CBC News he continues to have a "very strained relationship" with his family members who remain in the church. CBC News is respecting the man's wish for anonymity.

Part of Argue's post said: "No matter how much this family believed in their preacher, and had put their everything behind him and his family, assaulting the integrity of their son broke their hearts. For the next little while they wrestled with trusting Danny McKillop, and their son."

Patty Albert, a Plaster Rock resident, is one of those who responded to the Facebook posts.

She organized a protest outside the church on Sunday, Dec. 13. Around 30 people attended, holding signs, saying "stop the abuse" and "family comes first."

"When Trevor started talking about it and the way it came down to families being split up, I couldn't imagine that with my children," said Albert.

"There's things going on, things that went on, that should have been brought to light a long time ago," she said.

"I would like to see those allegations addressed. I don't understand why these people are not speaking out in defence of themselves," said Eagles.

"Not only for themselves but for the community. The community's on edge," he said.

Pastor Daniel McKillop of the Family Worship Center declined to be interviewed by CBC News, but provided an email statement on Sunday.

"The Family Worship Center is a meeting place where our congregation of over 400 members, assemble to celebrate and listen to the word of God. For more than 85 years, we have promoted the unchanging message of the power of God's love and forgiveness, while simultaneously encouraging continued assistance to the communities where we serve," said McKillop.

"We are respectful of our collective right to diversity of thought and beliefs, and we are committed to making active contributions to support our communities and our fellow residents — with a goal that family relationships be strengthened both within and without our local congregation."

The Family Worship Center, formerly known as the Apostolic Pentecostal Church, has two other churches, in Grand Falls and Presque Isle, Me.

In a statement to CBC News a spokesperson said "sometime prior to 1980, however, that church left the UPCI of its own accord."

UPCI says it has no information relating to the allegations made in Argue's Facebook posts.

If you have any information on this story please contact reporter Redmond Shannon.