'They consider that education, I guess': Father of autistic boy speaks out

Jeremy Piper of Quispamsis says there's nothing inclusive about an education system that restricts his nine-year-old autistic son Alex to 30 minutes of class time per day.

Jeremy Piper of Quispamsis says there's nothing inclusive about an education system that restricts his nine-year-old autistic son Alex to 30 minutes of class time per day.

Piper says the Department of Education has failed to equip its teaching staff and schools to support students with special needs and he's convinced the students are paying the price.

"They don't have the resources," Piper said.

Piper was reacting to what he describes as his son's suspension on Nov. 2 from Quispamsis Elementary School over a series of violent outbursts, including one that may have caused serious injury to Alex's educational assistant.

"This is their solution — send him home, don't deal with it."

Piper, a 40-year-old Mountie who describes himself as evidence-driven, said the school has refused to provide him with the incident reports that led to Alex getting "kicked out."

"The first 25 minutes are outside time and 'soft entry,' they call it," he said.

"Then he has three 10-minute classes. Then he goes home. They consider that education, I guess."

CBC News requested an interview Tuesday with the Department of Education. As of Wednesday evening, no interviews have been provided. 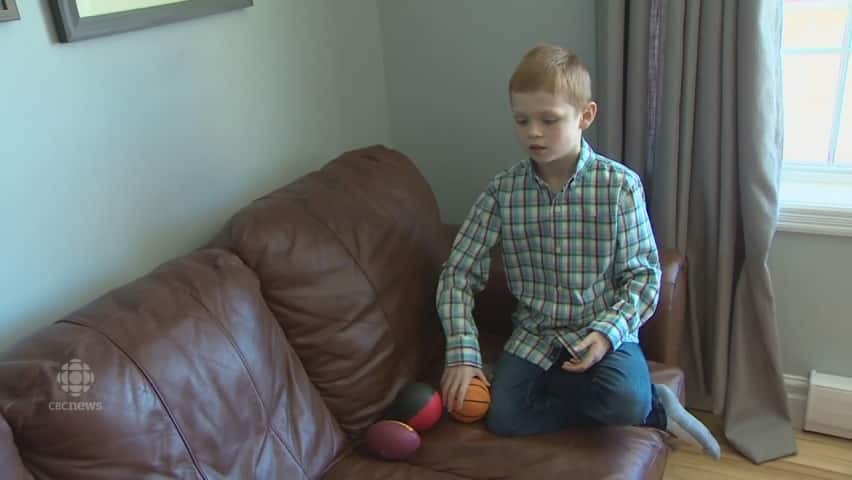 3 years ago
2:21
Jeremy Piper of Quispamsis says there's nothing inclusive about an education system that restricts his nine-year-old autistic son Alex to 30 minutes of class time per day. 2:21

Anglophone South School District superintendent Zoë Watson said she could not comment on a specific case, because of confidentiality, but did agree to speak about the process.

"Our goal … is to have students in the regular classroom environment," Watson said in an emailed statement. But the Department of Education's policy on inclusion does state "there may be times when there needs to be a variation of the common learning environment."

Students may require one-on-one time or small group time, away from the full class, she said.

There may also be situations where a student's day is reduced, said Watson.

"This is done to allow time for the family and professionals to adjust a student's plan [and] time to consult with other professionals," she said.

"In situations with behavior, we have to find out what may be triggering the behaviours," Watson said. "We need to ensure a safe and positive learning and working environment for all students."

No outbursts till now

Piper said that until this month, Alex had no history of violent outbursts and had been going to school full time, with very few issues.

Alex started kindergarten at Milltown Elementary School in St. Stephen, where he was enrolled until last year.

Last year, Piper transferred to the Sussex RCMP detachment but chose a home near Quispamsis Elementary School because he had heard it was one of the best.

Piper shares custody of his two sons with their mother, who also lives in the Kennebecasis Valley.

Then, about six weeks ago, he started hearing vague and conflicting reports about Alex acting violently and outbursts in the classroom.

The most serious complaint seemed to involve Alex's educational assistant.

"So the first call I got said that Alex pulled his EA by the hair to the ground and she cut her knee," Piper said.

"Then in our meeting two weeks ago, [Paul Smith, director of schools] said Alex pulled her to the ground by her hair so violently that she dislocated her knee, or pulled something in her knee and she's going to be out for a number of months."

Piper said it's a real concern and that's why he'd like to see the documentation, but it hasn't been provided.

"I don't know if it's as bad as they say, or whether it happened because they won't show me anything."

According to Piper, Alex, who is non-verbal, hasn't received the resources he needs to manage his behaviour and make the most of his learning opportunities.

Educational assistants don't get nearly enough training to deal with autism, he said.

And after about 18 months on the wait list, Piper said, Alex has yet to be assigned a speech therapist.

Piper said he purchased an iPad for his son and he also paid for the $340 software that enables Alex to communicate with images and icons, but in the last couple of weeks he noticed it was coming home fully charged.

Piper said he asked what was going on and the school said Alex was not being allowed to use it, for fear he would throw it.

"That's like taping an adult's mouth shut and then asking questions," said Piper.

"They're going to get extremely frustrated, because they can't answer. The iPad is his outlet and they took that away from him."

Piper said Alex now has his iPad back.

Those kids are the future. They're not going to be on social assistance all their life. They're going to work.- Jeremy Piper, father

The school was also supposed to prepare a calming room for Alex, where he could go when feeling anxious or over-stimulated.

"He was kicked out of school on Thursday morning," Piper said.

Piper said he's been asking for tutoring for Alex, but that's been denied because Alex has not been expelled from school altogether.

Piper said he has also asked for permission to go to school with Alex and shadow him for a day or two to see whether he can provide any insights into what might be triggering his son and how to handle it.

He said the school refuses to let him help.

Piper said he's speaking out because he's convinced there are many more families in his situation and since he ranted on Facebook, he started to hear from many other frustrated parents.

"We're going to get a group together, all these people messaging me," he said.

According to Autism Speaks Canada, one in 68 children is currently diagnosed with autism spectrum disorder.

The registered charity describes autism as "the fastest growing and most commonly diagnosed neurological disorder in Canada."

Piper said that reality is something New Brunswick schools are not prepared to handle.

"Those kids are the future," said Piper. "They're not going to be on social assistance all their life. They're going to work.

"By not educating them now, it's hurtful."