Federal Natural Resources Minister Joe Oliver says a pipeline that could ship western crude oil to Eastern Canada would be in the national interest, but he stopped short of saying Ottawa would provide funding for such a project. 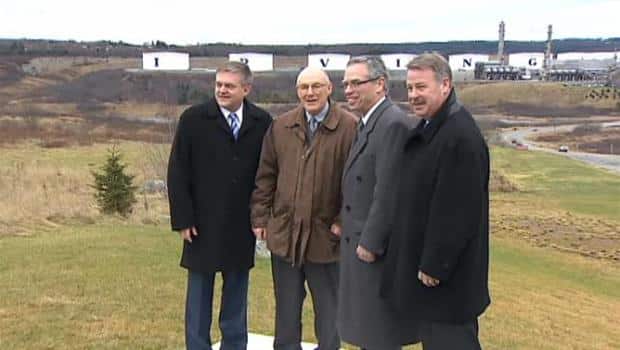 Federal Natural Resources Minister Joe Oliver says a pipeline that could ship western crude oil to Eastern Canada would be in the national interest, but he stopped short of saying Ottawa would fund such a project.

Energy experts expect the United States to be oil self-sufficient by 2020, which would be a concern for Canada, considering 99 per cent of oil exports head south of the border.

Oliver said finding new customers would protect tens of thousands of jobs and billions of dollars in revenue.

"Our government wants refineries like the one here in Saint John, processing Canadian crude, expanding their operations and creating more jobs for New Brunswickers and all Canadians," he said.

Oliver said the federal government collected $22 billion in tax revenue from the oil and gas industries last year, and that money was spent on hospitals, schools and social services.

A pipeline in the East that would give Canadian refineries and port better access to oil would provide more money to help fund vital social services, Oliver said.

"We are losing some $50 million every day, $18 [billion] to $19 billion every year, because our resources are landlocked," he said.

Irving Oil Ltd. recently turned to trains to bring in western crude. As a result, NB Southern Railway had to more than double the number of trains it owns or rents in the past year to keep up with the new demands.

"What producers want is a large customer. And why this refinery is so critical [is because] we run more than 300,000 barrels a day. So we can be an anchor customer," he said.

While the federal minister is willing to endorse the idea of a national pipeline, Ottawa isn’t willing to foot the bill.

"Canada has a market economy. So this isn't a command-and-control situation. And the government will not determine what the private sector will do," he said.

Oliver said it's up to players like Enbridge or TransCanada to make an application that would have to pass a regulatory review.

Once all of the regulatory hurdles are cleared, the companies would still need to build the pipeline — something that would take at least a decade to build.

Oliver isn’t the only prominent Canadian backing a plan to refine western crude in Saint John.

It also has the support of former New Brunswick premier Frank McKenna.

David Dodge, former Bank of Canada governor, has suggested it might make more sense to send crude oil from the Alberta oilsands to Eastern Canada. As well, Derek Burney, a former Canadian diplomat and former chairman of NB Power, recommended a similar plan a year ago.