More than 200 New Brunswick doctors have voted in favour of supporting a lawsuit against the provincial government over medicare cuts. 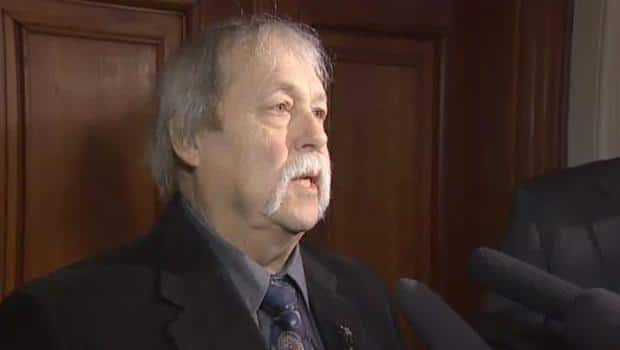 8 years agoVideo
2:23
Independent MLA Jim Parrott outlines his views on the dispute between the government and the New Brunswick Medical Society 2:23

More than 200 doctors have voted in favour of supporting a lawsuit against the provincial government over medicare cuts, says the head of the New Brunswick Medical Society.

The doctors, who gathered for an emergency meeting in Fredericton on Friday to discuss the matter, were unanimous, other than one abstention, said president Dr. Robert Desjardins.

The first court date is slated for June 12, he said.

"First and foremost importance is respect of the actual signed agreement," said Desjardins.

"There's not much of an incentive to discus the future of medicare when there's no plan on the table and the signed agreement isn't respected. So from there, what are we talking about?"

In March, the government announced plans to cut funding for doctors who bill medicare for each service by $18.8 million to $425 million and to cap that amount for two years.

The medical society, which represents about 1,700 doctors, contends that violates a fee agreement that expires next March.

On Friday, Flemming offered to restart talks with the New Brunswick Medical Society without any preconditions.

Independent MLA Jim Parrott says the future of health care is hanging on the pending talks.

Parrott, a retired heart surgeon and a friend of Flemming's, says he's been lobbying the minister to reopen negotiations.

"I'm pushing him very, very hard to be conciliatory and to listen, because a lot depends on this," said Parrott.

"And I don't think I'm going to be too clichéd by saying this: that really, the future of health care in this province depends upon what happens over the next few days, few weeks, maybe the next few months."

Parrott told reporters if the minister doesn't listen to doctors, he will resign his seat as MLA.

He would be a "hypocrite" to stay, he said.

Parrott was kicked out of the Progressive Conservative caucus last September after he criticized the Alward government for not listening to doctors about health care issues.

Parrott, who attended the closed-door meeting of doctors at the Delta Hotel at 3 p.m., said there was "a fair amount of animosity" toward the Alward government inside the meeting.

The meeting is believed to be the largest gathering of New Brunswick doctors in years, if not ever.

Desjardins said the board had the support of 95 per cent of members before it launched the legal challenge.

"If I was to ask 'Who wants to go to court?' Nobody. But do we feel that we have a choice? No we didn’t have a choice," he said.

Still, the board wanted to consult with members again and discuss "all the new developments of the last few days," including the health minister's latest "no conditions" offer to talk, said Desjardins.

But he suggested Flemming's offer doesn't have "much value" without being backed by something in writing.

Any decisions will be up to the medical society's elected board of trustees, stressed Desjardins.

Parrott, a life-member of the Medical Society, said he is "absolutely against" the lawsuit.

"The message is to sit down and negotiate as hard and as fast as you can and don’t quit until you’ve got something that everybody can agree to," he said.

Parrott acknowledged that Flemming appears to have softened his tone with doctors in recent days and believes the minister will be "right up front and centre" in renewed talks.

"You know, the minster's a little rough around the edges and he’s a lawyer and lawyers like to fight a little bit and you can see that coming out in him," he said.

"I believe that what he’s saying about sitting down and negotiating and looking at everything, I believe that he is very sincere about that."

Dr. Michael Rachlis, a health policy analyst in Ontario, says the ongoing dispute between Flemming and doctors is one that has played out many times, in many forms, across the country.

Health care is one of the first places governments look to find savings and it's often met with resistance because it often leads to layoffs or pay cuts, said Rachlis.

"That's one of the big problems of looking for specific savings, is that in health care it's labour intensive. If you're really going to save money, you're talking about laying people off," he said.

"People won't help make savings if it just means they and their friends are going to lose jobs."

Instead, Rachlis suggests finding ways to make the system more efficient, such as improving care for patients after they leave the hospital to reduce return visits, and creating better links between family doctors, specialists, social workers and therapists.