The provincial government is cracking down on some private daycares in Dieppe, a move that is creating anger among many parents who are now stuck finding new places to send their children. 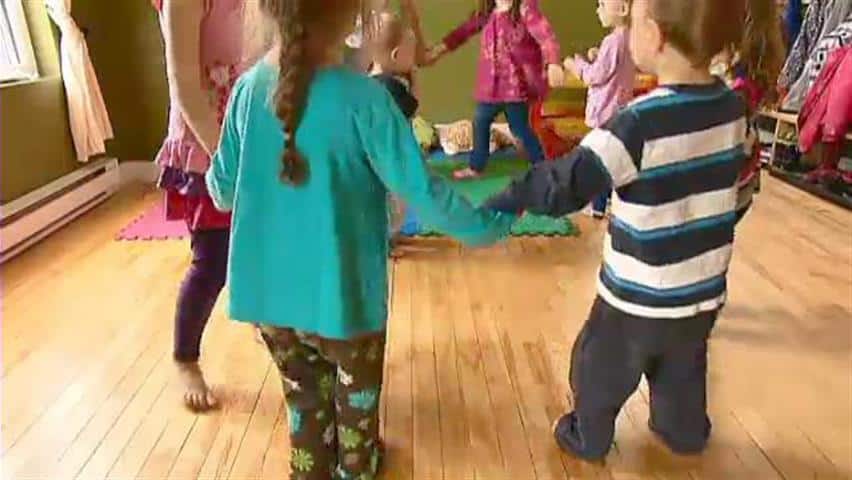 7 years agoVideo
1:54
The provincial government is cracking down on daycare worker ratios in Dieppe, leaving some parents scrambling. 1:54

The provincial government is cracking down on some private daycares in Dieppe, a move that is creating anger among many parents who are now stuck finding new places to send their children.

The provincial government is telling the unlicensed centres they are breaking regulations by caring for too many children and has ordered them to reduce the number of children in their care.

Nadia Basque runs a legal unlicensed daycare in Dieppe. She said two complaints have been filed against her daycare because she's caring for too many kids.

Basque and an employee look after 12 children. She's over the allowed limit for an unlicensed daycare by two children.

"It's a hard decision to make because we love all the kids and all the parents," she said.

"Right now we're just trying to figure out what to do, we might have to close."

She has 10 days to decide what to do with her daycare.

Basque said the provincial government should increase its ratios that regulate how many children can be at an unlicensed daycare.

But licensed daycare owners say, rules are rules. One daycare owner said her centre has lost clients to these smaller daycares.

A spokesperson from the Education and Early Childhood Development said New Brunswick's standards are in line with other provinces.

And the rules are in place to ensure the safety and security of children. But the provincial government’s move to clamp down on these facilities is causing a headache for parents.

Anne-Lise Blin is now scrambling to find alternative childcare arrangements and she said the provincial government is not taking into consideration quality of care.

"I think parents can judge if their kids are well taken care of, and I know that Nadia here is capable of taking care of many kids at once," she said.

Melanie Gallant has a few weeks before her maternity leave ends and she’s also now stuck in a difficult spot trying to arrange a spot for her daughter.

"I need a place for her to have a place where I can trust the person, the place where I had her placed is closing. What am I supposed to do, I'm stuck," she said.