A special detox box where firefighters can sweat out the dangerous chemicals they absorb at fire scenes has been introduced to the Kennebecasis Valley Fire Department. 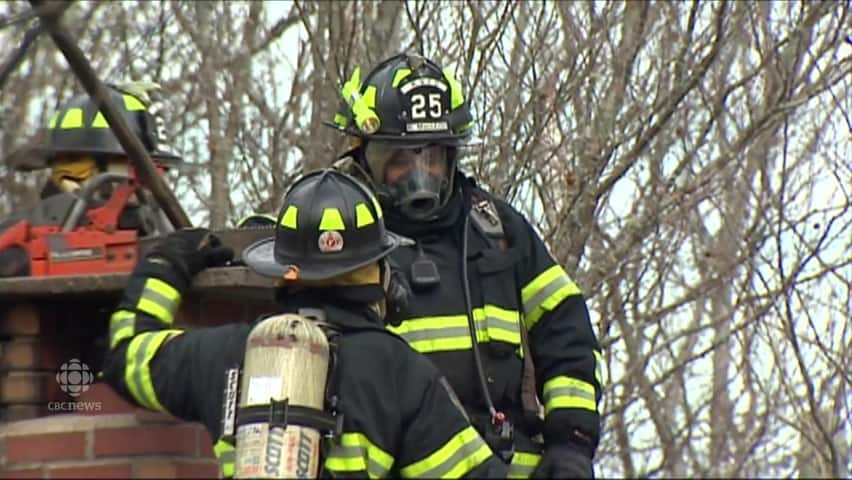 4 years agoVideo
0:45
A new detox unit for firefighters is now available for members of the Kennebecasis Valley fire dept. 0:45

A special detox box where firefighters can sweat out the dangerous chemicals they absorb at fire scenes has been introduced to the Kennebecasis Valley Fire Department.

The new detoxification unit, the first of its kind in New Brunswick, is for helping firefighters remove toxins and smoke from their bodies.

It was kind of a badge of honour. The dirtier your gear was, you were the harder working firefighter.- John Codling, captain and vice-president of firefighters local

"The purpose for that is to create a very profuse and intense sweat from them, which is going to help to remove those toxins through the pores of their system in the form of perspiration," said Bill Ireland, the Kennebecasis fire chief.

"Despite the protective equipment that firefighters wear at an emergency incident, they still are exposed to numerous carcinogens and toxic chemicals that are in the atmosphere."

A fire at a modern residence can involve more than 800 chemicals, and they can be absorbed through the skin, he said.

Despite best efforts over the years, the department has not been immune to toxins, Ireland said. Members have been diagnosed with what are recognized as occupation-specific injuries, such as certain types of cancer, Ireland said.

Capt. John Codling, vice-president of Local 3591 of the International Association of Fire Fighters, said he's counted 10 firrefighters who have developed cancer during his 29 years as a firefighter, and some of them died.

"It was kind of a badge of honour," said Codling, who has been with the Kennebecasis department for 20 years. "The dirtier your gear was, you were the harder-working firefighter.

"We carried around all those toxins and carcinogens and debris on our gear afterwards, not realizing the potential effects it can have on us."

These days, he said, fire departments are taking more care to maintain a healthy workforce.

"The dirty gear is not cool anymore," he said. "Looking after yourselves, looking after the people you're sworn to protect is an important part of what we do."

It's a different sweat, it doesn't run off you.- Jim LeBlanc, Kennebecasis fire captain

The detox unit cost about $10,000, which included the manufacturing, shipping and infrastructure modification. The money came from the municipality to support the department's wellness program.

"Cycling is a form of exercise, but it's not a rigorous form of exercise that's intended to wear them out," Ireland said. "It's there to help increase the volume of perspiration ... and help them recover from the incident more quickly."

Capt. Jim LeBlanc said he thinks the unit will benefit all firefighters.

"It's a different sweat, it doesn't run off you," LeBlanc said. "It just kind of makes beads where your pores open up in your skin."

The department expects to see more structures of this type in coming years.

"It looks like it's going to be the trend in preventing firefighter cancers," LeBlanc said.