About 70 people attended a rally at St. Thomas University in Fredericton held to show support for Wet'suwet'en hereditary chiefs and to ask the university to change how they invest their money.

About 70 people attended a rally at St. Thomas University in support of Wet'suwet'en hereditary chiefs

About 70 people attended a rally at St. Thomas University in Fredericton held to show support for Wet'suwet'en hereditary chiefs and to demand the university change how it invests money.

Naomi Gullison, one of the organizers of the demonstration, hopes the university will divest from oil and gas companies.

"Our school is still giving money to the oil companies that are causing this occupation to happen," said Gullison.

"It's unacceptable for universities to be saying reconciliation with one side of their mouth and then still be investing in these companies with the other side."

While no one from the university administration spoke at the rally, spokesperson Jeffrey Carleton said the university doesn't have a lot of money invested in the oil and gas industry.

But he also said students will have an opportunity to share their opinions on that part of the university's investment portfolio in the coming months. 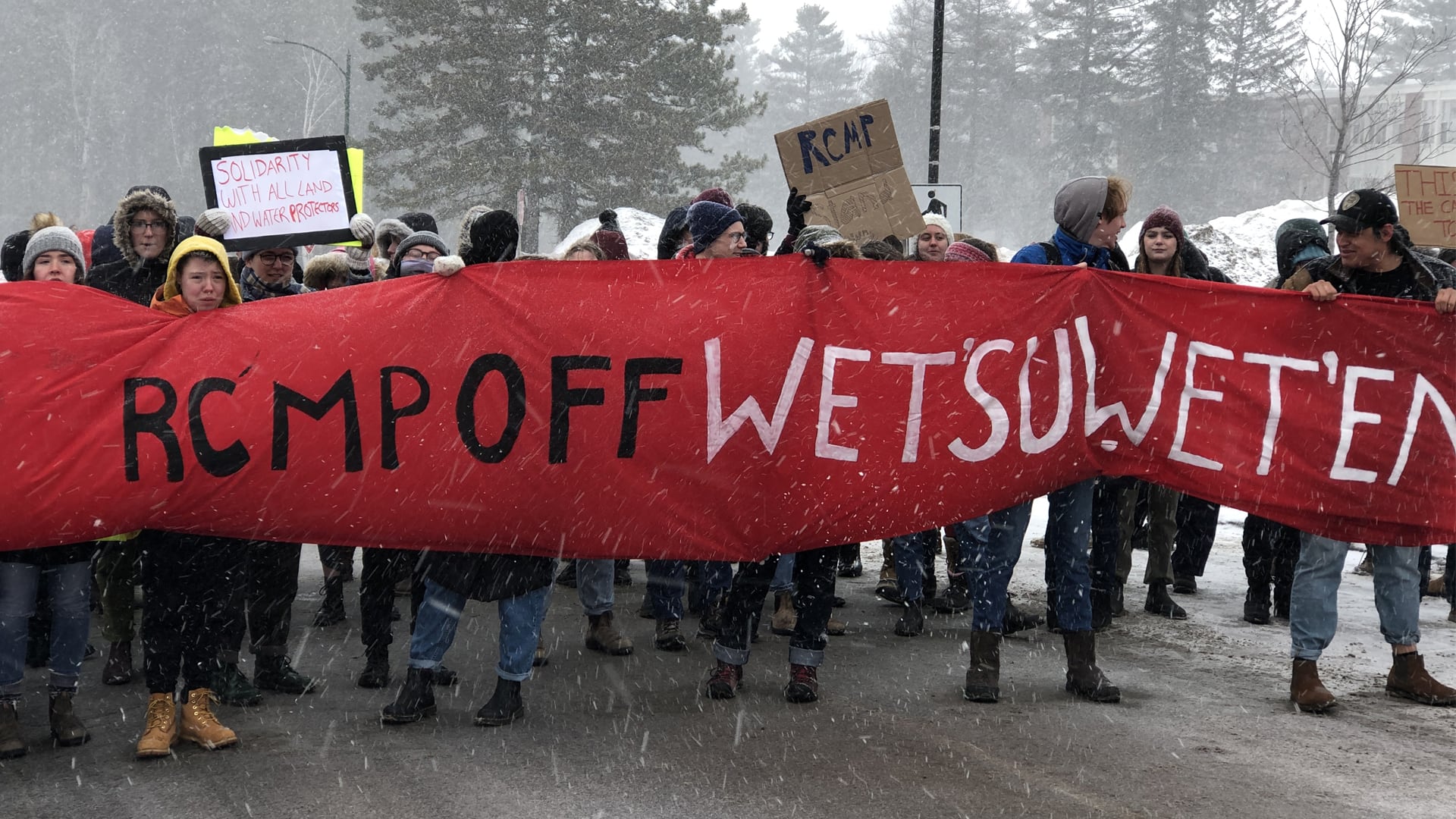 "We're going to look at that relative to corporate governance issues, social justice issues and environmental sustainability issues to see if we're going to make any changes in our investment portfolio," said Carleton.

"So we're going to listen to what the students have to say ... and then we'll make a decision sometime in spring or summer."

The Wet'suwet'en hereditary chiefs are opposing the Coastal Link gas project which would see a pipeline built through their unceded territory in British Columbia.

The project is supported by several elected band council chiefs in the area.

In January, the RCMP arrested several Wet'suwet'en demonstrators to enforce an injunction to allow construction on the pipeline to continue.

That set off dozens of solidarity demonstrations across Canada, including rail blockades that have continued in some communities.

Carleton said he didn't know if the university invested in companies behind the Coastal Gas Link project, but the university does have investments in resource development projects.

Spasaqsit Possesom, the Wolastoqew Grand Chief, who holds a role similar to the Wet'suwet'en hereditary chiefs but in Wolastoqey unceded territory, said he hopes the university will divest.

"Eyes are on Dawn Russell. I hope she acknowledges what's happening and addresses our concerns,"