The New Brunswick whitetail deer herd has declined more than 70 per cent since the mid-1980s, according to population estimates obtained by CBC News.

The New Brunswick whitetail deer herd has declined more than 70 per cent since the mid-1980s, according to population estimates obtained by CBC News.

The figures received through a Right to Information request show the deer herd was estimated to be about 270,532 animals in 1985.

The latest estimate of the province's deer population, taken in 2014, indicates there are approximately 74,338 animals remaining.

The department cites heavy snowfall amounts and coyotes as factors in the decline.

"We know that winters are very, very influential on deer numbers," said Joe Kennedy, the deer biologist for the Department of Natural Resources.

In some cases data at specific weather stations was not available, so data from alternate stations, located less than 20 kilometres away, was used.

Information Morning - Fredericton10:03Deer Numbers - Shane Fowler
We dig into why the deer herd numbers in the province have dropped 70% in 30 years. 10:03

Overall, the data did not show a trend of increasing snowfall amounts.

Kennedy said the impact to deer population is not snow alone.

"The inclusion of coyotes in the mid-80s is the most significant factor," said Kennedy.

"This new significant predator entered the province in the 80s but really peaked out in the late 80s. We knew that the coyotes were taking far more deer throughout the winter than ever before."

When asked what role forestry practices played in the decline of whitetail deer, Kennedy initially refused to comment.

"I'm not getting into that," he said.

Kennedy, speaking to the department's communication officer, Marc Belliveau, said, "he's trying to get into the habitat questions here"

Belliveau responded he thought the question was fair given the interview subject matter.

Kennedy then agreed to comment, stating there are designated deer wintering areas across the province that all forestry companies must protect.

"There is no forestry operations in those deer wintering areas unless it benefits the long term habitat supply," said Kennedy. 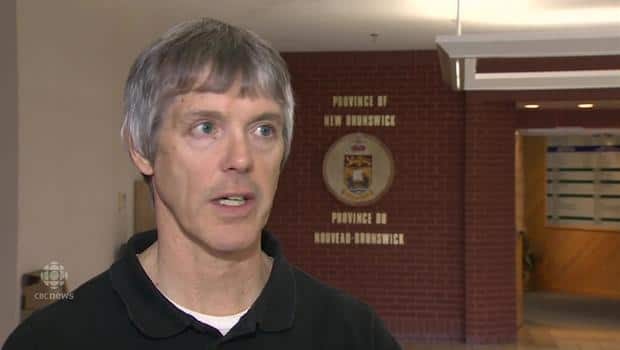 5 years ago
2:51
Department of Natural Resources deer biologist Joe Kennedy initially refuses to answer a question about the impact of forestry on the province's deer population 2:51

He said he believes human impacts on habitat are central to the decline.

"Harsh winters and coyotes do control deer populations a lot, from one year to the next," said Cumberland.

Cumberland said those factors cause the short-term fluctuations in deer numbers.

"The long-term trends, the ones you see in the '80s from where we are now, that's a long-term trend. That has to be caused by habitat," said Cumberland.

"To bring your population from a high of where it was from about 200,000 deer to the low of where it is now, there is something out there working other than coyotes and winter."

Cumberland said he blames forestry practices such as herbicide spraying for removing the food source and impacting the population.

"We've been doing it for 30 years and I think that has changed how much food is available out there," said Cumberland.

"Let's not pretend that it doesn't have a huge impact on the wildlife that use it."

The low whitetail population recorded in the early 1970s is attributed by the department to unregulated hunting practices and predates mandatory deer registration, as well as the practice of limiting hunters to taking a single deer during the annual harvest.