A Toronto-based family doctor and author believes she has the prescription for the health-care system in New Brunswick and the rest of the country. 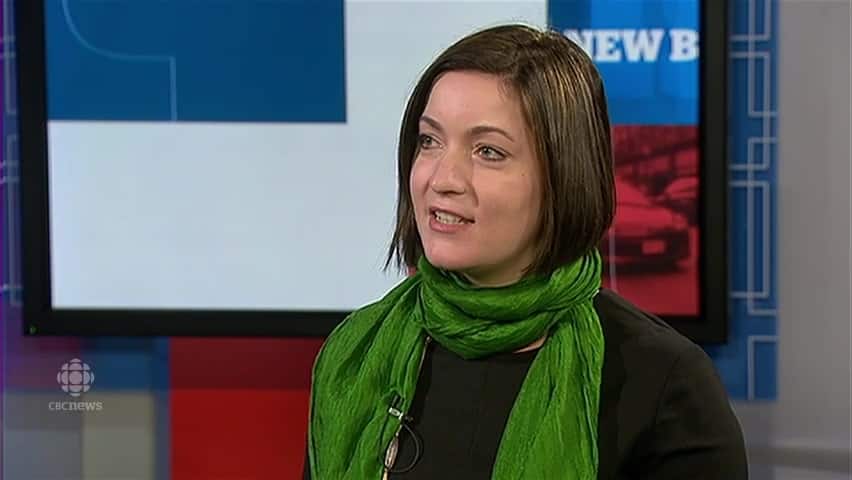 4 years ago
2:41
Canadian Dr. Danielle Martin who lectured US members of congress on the virtues of medicare says we can do much better with our healthcare system 2:41

A Toronto-based family doctor and author believes she has the prescription for the health-care system in New Brunswick and the rest of the country.

Dr. Danielle Martin contends many problems, such cost-prohibitive medications and long waits for surgeries, can be addressed without necessarily spending any more money.

"I think actually we have made a mistake in Canadian health care in assuming when there's a problem with access … that the solution means more — more money, more doctors, more MRI machines, more resources," said Martin, who is in New Brunswick this week.

"Very often we could do so much better just by reorganizing the resources that we have."

In her book, Better Now: Six Big Ideas to Improve Health Care for All Canadians, she envisions a system where everyone would be able to afford prescription drugs, and wait times for hip and knee replacements could drop to a few months.

Include prescriptions under medicare

Among her recommendations is bringing prescription drugs into medicare.

"We are spending huge amounts of money in our system already, both publicly and privately, and yet, at the same time, one in five Canadian households reports that someone in that household is not taking their medicine because of concerns about cost," said Martin, who has addressed the U.S. congressional committee on the virtues of medicare and helped launch Canadian Doctors for Medicare.

In her book, she refers to a taxi driver in Fredericton who has chronic problems, such as diabetes and high blood pressure, but doesn't take his prescriptions regularly because he can't afford them.

"This is a guy who's going to experience complications of his disease in the future that will be devastating for him and his family, and also very expensive for the health-care system," she said.

By making prescription drugs that are well-supported by medical evidence universally available, "we can really improve the health of Canadians and bring our health care system into the 21st century."

Reducing wait times is also "more simple than you might think," said Martin, who is the vice-president of medical affairs and health system solutions at the Women's College Hospital and teaches family medicine and health care policy at the University of Toronto.

Right now, the way the system is set up, each specialist usually has his or her own wait list, and each MRI machine has its own wait list.

She thinks it should instead follow the model of a bank, where clients get in a single lineup and are served by the next available teller.

"When we apply that theory in health care we've seen dramatic reductions in wait times," she said, citing a pilot project in Vancouver that has seen waits for hip and knee replacements drop from 18 months to three months by "reorganizing the queue system."

Such successes and best practices should be "scaled up" across the country, said Martin.

She also calls for changes outside the health-care system, such as implementing a guaranteed basic annual income as a form of preventive medicine.

"What many people don't realize is that the most important factor that determines whether you'll be well or ill in your lifetime has nothing to do with the health-care system, it's income," she said.

"It's what we call the social determinants of health — whether people have access to safe affordable housing, education, nutritious food and a decent standard of living."

Martin said the changes will require public discussion, compromise and change on the part of physicians and for-profits, and "political courage," but she is optimistic.

"We've built something that's really good, but we need to make it better."