COVID-19 recovery plan for N.B. begins with 2-household 'bubbles' but mass gatherings may wait a year

Province marks 6th straight day with no new cases of virus, but bars and sports may need to wait for vaccine

People can choose one other household to partner with to form a "two-family bubble."

Their choice must be mutual and once they decide, they cannot choose a different household, Higgs told reporters during the daily briefing in Fredericton.

Within two to four weeks, provided there is no significant new wave of the virus, up to 10 people will be allowed to gather, as long as they maintain a physical distance of at least six feet or two metres.

But mass gatherings are still "to be determined."

There won't be any concerts or festivals for at least the rest of the year, Higgs said, and bars and organized sports may not be able to start up again until a vaccine is available, which could take 12 to 18 months.

It wasn't a decision the government took lightly, he said.

"With the knowledge we have today of the virus and how it spreads, it would not be appropriate for us to suggest that we were in position to do anything other than to prevent mass gatherings and to ensure we didn't have a huge breakout in our community and in our province."

"Let's hope that innovation takes over and things will look differently next year at this time, but at this stage, we're basing the decisions on the facts we have."

Also effective immediately, outdoor spaces, such as parks and beaches, will reopen, along with golf courses and driving ranges, but not their clubhouses, restaurants or bars.

The delay on recreational spring fishing and hunting seasons has been lifted, and outdoor religious services will be now be permitted if worshipers remain in their vehicles, two metres apart.

Post-secondary students who require access to their campus to fulfil their course requirements, such as hands-on trades learning, can do so, under strict controls. There is a demand for graduates from these programs, government officials said.

But elementary, middle and high schools won't reopen until at least September.

Within two to four weeks, elective surgeries and "priority health services" are expected to resume. Daycares, childcares and camps, retail and other businesses, restaurants, offices, campgrounds, and ATV trails are also expected to open.

Then, after two to four weeks without a new wave, "high risk/high contact" health-care services, such as dental care, massage therapy and chiropractors, as well as hairstylists and barbers, churches, fitness facilities and other close-contact businesses or services will reopen. 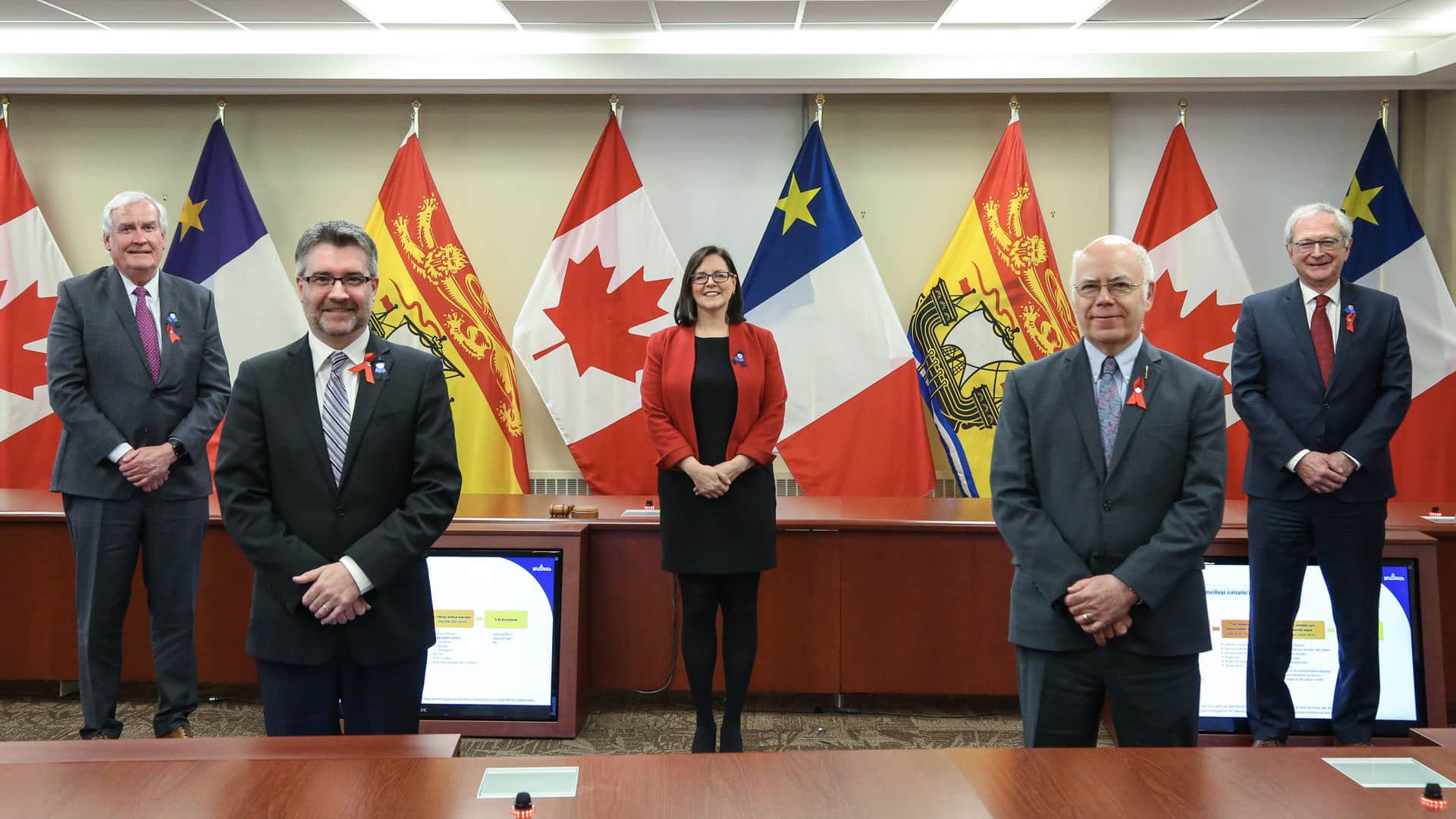 The goal of the first phase is to balance the reopening of social and economic settings while preventing a major resurgence of transmission, he said.

It comes as New Brunswick marked its sixth straight day with no new cases of COVID-19.

There are 11 active cases, including four people in hospital, one of whom is in intensive care, chief medical officer of health Dr. Jennifer Russell announced.

To date, a total of 107 people have recovered from the respiratory illness, she said.

The province has been under a state of emergency since March 19 because of the pandemic.

"Welcome to the new normal," Russell said of the first phase of the plan to reopen businesses, educational facilities, the health-care system, recreational activities, and cultural events.

The phased plan will allow health experts to carefully monitor and evaluate the impact of the lifting of restrictions, she said.

The move to two-household gatherings is modelled after success in New Zealand.

"It's around limiting your close contacts and it's about trying to reduce the transmission if somebody in that unit was to be affected, that there would be the fewest number possible," Russell said.

Restrictions could be reimposed

"I will not hesitate to recommend the reimposition of the restrictions being loosened today if the outbreak worsens," she stressed.

"Any significant acceleration of the disease curve will trigger a new round of restrictions to public movement and activity."

Three unrelated outbreaks in a six-day period, or cases linked to a mass gathering that can't be fully traced would mean an immediate return to existing restrictions, Russell said.

"It is understandable that New Brunswickers are getting increasingly anxious to return to some sense of normalcy," said Higgs.

"It's important to reopen our province, but it's also important to do it in a way that will ensure the health and safety of every citizen."

Under the recovery plan, Higgs said the province will still have to keep borders closed, and he suggested it may even further restrict movement at the border.

But Higgs did open up the possibility of travel opening up between New Brunswick and Prince Edward Island, which has also seen low numbers of COVID-19.

"We would look at their operation and you know maybe we'll do some activities in conjunction with P.E.I.," he said.

The province also released updated projections Friday that reaffirm New Brunswick is following the same trajectory as South Korea, which has an enviable record of handling the outbreak.

South Korea has recorded five deaths per million of population, compared to 61 in Canada, 157 in the United States and 482 in Spain.

Within Canada, there is some indication New Brunswick is now following the same trend as B.C., but with fewer overall cases, according to the epidemic analysis, presented to the media prior to the daily update.

As restrictions are gradually loosened in New Brunswick, Public Health will be keeping an eye out for two possible scenarios — cluster events and community transmissions. Information Morning - Fredericton21:25Province to reveal plan to ease restrictions
Premier Blaine Higgs told business owners this week to start getting ready to re-open. He says the province will open up in stages, while maintaining public health requirements. 21:25

Before relaxing some measures, officials studied what would happen with a cluster event in a large nursing home with 400 residents.

The model assumes a worst-case scenario — that Public Health measures have been removed and that the nursing home can't put measures in place to slow the spread.

If an outbreak wasn't detected for a week, up to 300 seniors could get sick within a month and up to 40 could die, the analysis found.

Officials also modelled the emergence of community transmission, based on the scenario of three distinct community outbreaks in Edmundston, Petit-Rocher and Saint John.

In that situation, up to 10 people could die.