All cases of COVID-19 in N.B. have recovered

All COVID-19 cases in New Brunswick have recovered, said a news release from the Department of Health on Saturday.

All 120 cases have recovered and there are no new cases

All COVID-19 cases in New Brunswick have recovered, said a news release from the Department of Health on Saturday.

There are no active cases in the province and the number of recovered cases is 120.

The province is in the second phase of its recovery plan, which is aimed at reopening businesses and activities.

Some dog parks, disc golf courses and tennis courts at parks in Fredericton have reopened just in time for the Victoria Day weekend.

Visitors must bring their own hand sanitizer, maintain two metres from others outside their bubble and not gather in groups.

Rules are posted at each of the parks, outlining the precautions visitors should take, he said.

"For instance if you have to touch surfaces, you probably want to use your hand sanitizer," Knorr said.

"And obviously, when you're leaving, you also would probably want to make sure you've used your hand sanitizer."

If the public doesn't follow the rules, the facilities will be shut down for 48 hours.

The city said it's trying to open other facilities, like playgrounds, as fast as it can.

Several parks and playgrounds in Saint John have reopened for the long weekend.

Saint John will be sanitizing playground equipment twice daily and providing hand sanitizer at each location.

Organigram calls 50 employees back to work

The Moncton-based cannabis producer Organigram is bringing 50 people back to work on May 25, after laying off 400 in March.

Ray Gracewood, Organigram's senior vice-president of marketing and communications, said bringing back employees is part of the company's first phase of returning to regular operations.

"At this point, we're ready to start bringing some of those affected employees back and this week would mark the first step along that path," Gracewood said.

The company doesn't have a set number of phases for returning employees to their jobs.

"We'll be taking this one step at a time."

The returning employees work in a wide range of areas, including IT and quality assurance, Gracewood said. The employees have been brought back to help with production, he said.

"How we have approached it is to identify what the most significant gaps are within our current production team and where we need the most resources."

The company isn't sure when it will be able to bring back the 400 employees it began laying off in late March. Most of the workers who were laid off volunteered to stay home during the pandemic, the company said in April.

About 850 worked for Organigram prior to the pandemic and the layoffs. Around 500 are working for the company now.

Libraries reopening over next few weeks

New Brunswick public libraries are preparing to reopen in the coming weeks, said a news release from the Government of New Brunswick on Friday.

Each library must have standards in place to protect staff and visitors when it reopens.

Services will be limited to returning and picking up books, CDs and DVDs. Programming, reference services and computer services will resume at a later date.

There are 64 public libraries across the province.

Buskers on the Bay Festival cancelled

The 30th annual Buskers on the Bay Festival has been cancelled because of COVID-19.

In a statement posted on Market Square's Facebook page, organizers said they were disappointed to pull the plug on one of the "oldest festivals in Canada."

Organizers said they're aware the region will miss the "working acts, children's activities and the extensive range of vendors" they had planned.

"But the safety of our community is our first priority and we understand the importance to cancel all large events and mass gatherings to help minimize the spread of the virus."

In April, the province ordered the cancellation of all events through to the end of the year. 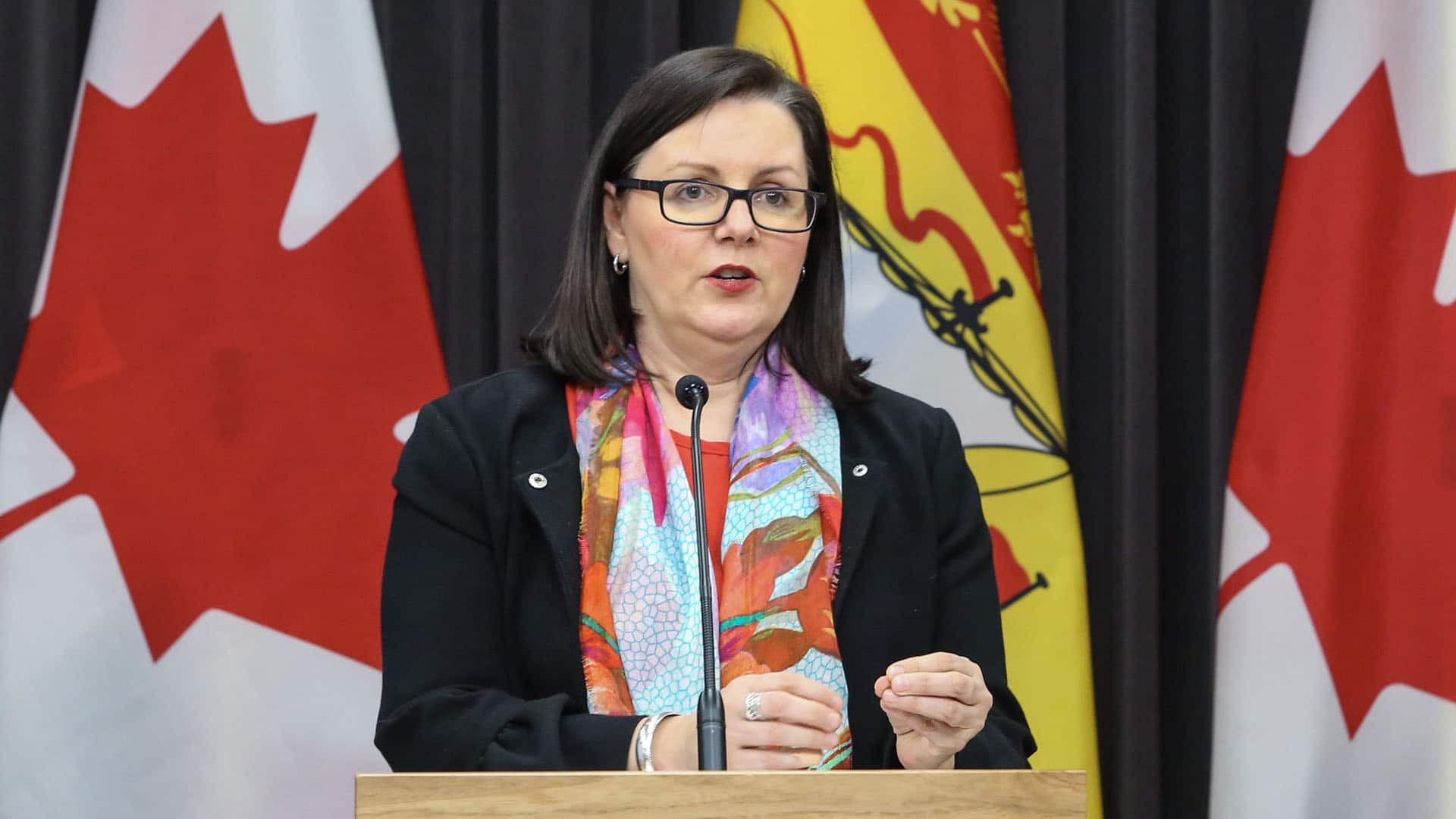 You should not wear a mask all the time or for extended periods, New Brunswick’s top doctor says

"It is definitely disappointing to have to make this decision but we have big plans to celebrate both our 30th & 31st anniversaries of the Buskers on the Bay Festival in 2021," organizers said.

Buskers on the Bay was scheduled to take place July 15 to 19.

People concerned they might have COVID-19 can take a self-assessment on the government website.  People with two of those symptoms are asked to: