Opening their hearts: Stories of kindness in a pandemic

Read how New Brunswickers are opening their hearts to others during a global pandemic.

A restaurant owner, a photographer and a dance studio operator find ways to help their communities

In the wee hours of the morning, Wes Corey is typically dreaming up meals for people in his hometown who don't have enough to eat.

Since the COVID-19 outbreak, some of the Woodstock area's most vulnerable population has been forced to stay home without enough food to eat during the day. This includes both seniors and children.

"We don't realize the depth it hurts these people," said Corey, owner of The River restaurant in Woodstock, a town about 100 kilometres northwest of Fredericton.

"It only made sense when times get tough that we step up and help out," he said. 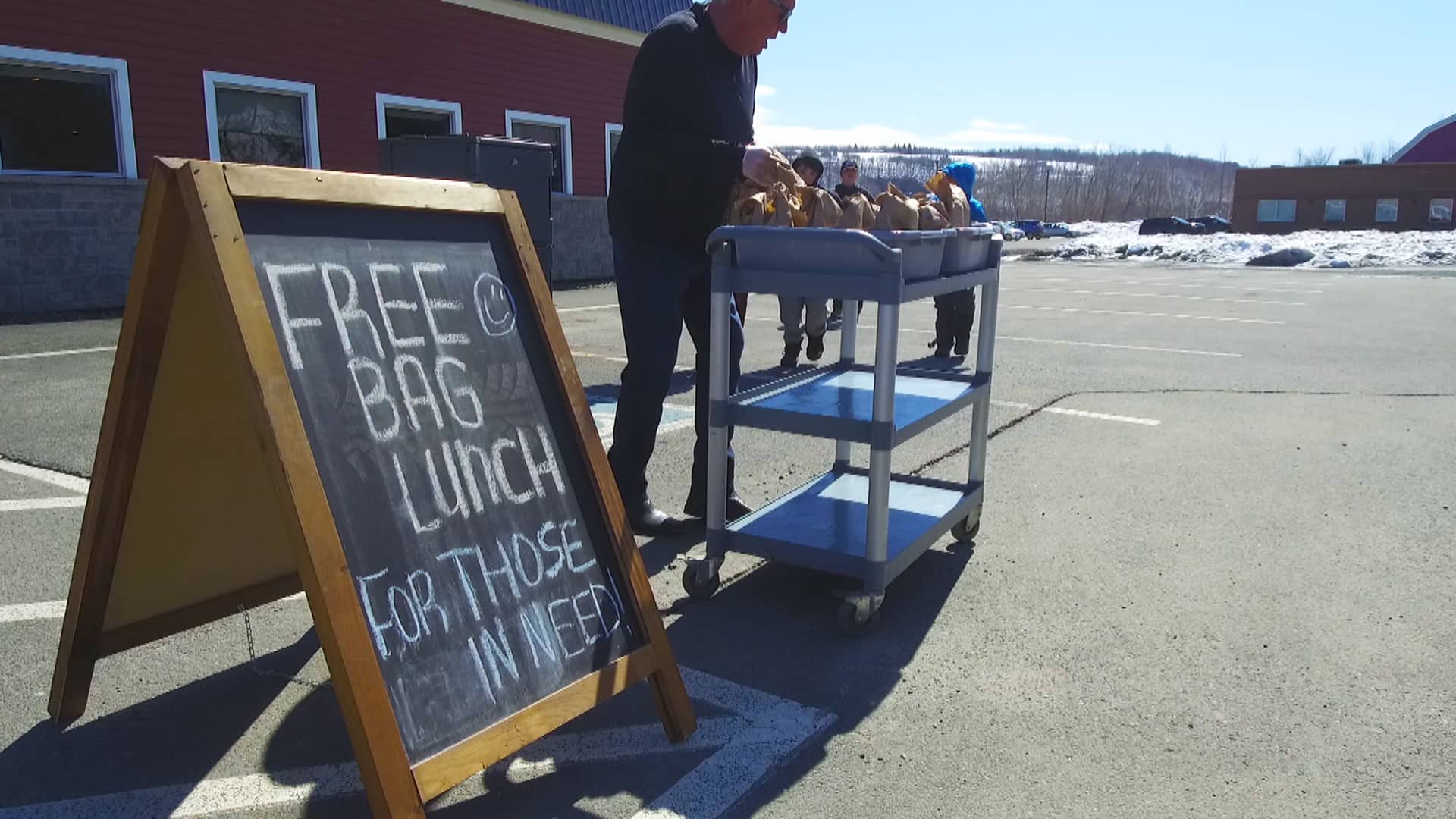 11 months ago
2:18
With the help of the community, this Woodstock business owner has been distributing hundreds of free bagged lunches for school children and seniors. 2:18

Corey said it didn't take long for residents to start asking how they could chip in and help.

"This is when we knew we were part of something bigger," he said.

For more than two weeks, Corey's group has also been working alongside church groups to provide Sunday deliveries to seniors and people who can't leave their homes.

If you have the ability to do something to help, you should.- Erin Hennessy, business owner

The group has provided at least 1,150 lunches and 700 Sunday dinners for residents.

These meals have included everything from stew to turkey and peanut butter sandwiches.

During pickups, families also wait in their vehicles and arrive at the pickup station one at a time. For dinners, volunteers are able to drop off meal deliveries at residents' homes.

"The right people are getting the help they need," he said.

Every photo tells a story

Over the past few weeks, Andrea Chase-Cormier has been busy snapping her camera and taking photos of residents.

More than 70 families have requested a session of Smiles from your Stoop, where people can take five-minute family photos in and around their homes in the Sackville area.

She takes the photos from at least six feet away from each family.

And instead of payment, Chase-Cormier is asking families to donate funds to the food bank in Sackville.

"It's a way for people to see that other people are doing OK and get together with their families and have fun," said Chase-Cormier, who has been a photographer for 12 years.

She came up with the idea after speaking with a pastor in the area, who told her the Sackville Food Bank was in need of donations.

The photo shoots are also a chance for families to collect memories during these peculiar times.

Once the photos are taken, Chase-Cormier will write up a personal story about each family to accompany the photos she posts online.

It has allowed her to learn more about the people living in her community.

"It's different to break into those relationships and create a relationship in those five minutes."

Of the many stories she's written, one includes a young boy named Landon, who lives in the area and saved his money to buy himself his first cow and feed. He then took out a loan from his mom to buy fencing. He had gone to auctions and learned about bidding, buying and selling livestock.

She also wrote a story about another woman in neighbouring Nova Scotia who wanted photos of her parents in Sackville so she could see them during the pandemic.

"Everybody comes out and has a smile and a story to tell," she said.

When Erin Hennesy decided to close her dance studio, she needed to keep herself busy.

So she decided to make homemade masks for people in her Bathurst community.

"Instead of going into a bit of a depression, going from working seven days a week and keeping busy, I decided to switch gears a little bit and do what I could to help."

So she did her research online and made masks out of three layers of cotton that resemble a N95 mask.

Hennessy, who's familiar with designing dance costumes for students at her studio, decided to use old fabric from around the house.

This would give the masks a bit of a spunky edge. Some of these designs included pictures of Batman and unicorns.

"I switched from spandex to cotton basically."

She has had at least 50 orders in the area and has donated to her products to the homeless shelter, seniors and relatives.

Some people in the Bathurst community have also been donating money and fabric so she can continuing making products for residents, free of cost.

One local business, Glendenning Flowers, even donated wires to help make the masks.

She said it's important that everyone in the community does their part to help out, whether that's calling a loved one or staying home.

"If you have the ability to do something to help, you should."