COVID-19 isn't the only illness dwindling across New Brunswick — the province has also seen a drop in flu numbers.

COVID-19 isn't the only virus dwindling across New Brunswick — the province has also seen a drop in flu numbers.

According to a weekly provincial report, there have been five positive influenza cases in New Brunswick during week 14, from March 29 to April 4.

"Early on when we did see those physical distancing measures in place, I believe we did see a drop," said Dr. Jennifer Russell, New Brunswick's chief medical officer of health during Friday's news conference.

The flu season starts the last week of December and the first week of January.

The province says there have been a total of 2,344 influenza cases that have been reported so far this season, just over 200 less than this time last year.

New Brunswick has seen no new cases of COVID-19 for the 13th straight day, the province announced Friday, while warning again that people can't relax yet.

"That is very good news but we are still actively searching for cases of COVID-19," Russell said.

She said Public Health is asking residents to look for symptoms. Earlier this week, the province expanded its testing protocols for COVID-19.

Russell said 525 tests were processed in the last 24 hours.

There are still two people in the province with active cases of the respiratory illness, but neither is in hospital.

New Brunswick families might not be the only ones bubbling together this summer.

Premier Blaine Higgs has been adamant about keeping provincial borders closed to prevent the spread of COVID-19, but he's talked about a possible exception for Prince Edward Island.

On Friday, he suggested a timeframe for opening up the border with P.E.I., which has only seen one case of COVID-19 in the past two weeks.

"I don't see it happening before July," Higgs said during a call-in show on Information Morning Fredericton.

Higgs and Prince Edward Island Premier Dennis King have been monitoring coronavirus activity in each other's provinces since the virus arrived in Canada this winter.

There have been 27 confirmed cases of COVID-19 on P.E.I., with 24 considered recovered, Chief Public Health Officer Dr. Heather Morrison announced Thursday. New Brunswick, with 118 confirmed cases, almost all of them resolved, hasn't had a new case in 12 days.

Higgs said he and King have joked about bubbling together if these conditions continue.

"That's a big bubble and we're not quite there yet," Higgs said.

Physical barriers set up at skateboard parks in Saint John

The City of Saint John is installing physical barriers at its two skateboard parks and reinforcing closures at dog parks because some residents aren't following the province's emergency declaration.

The city said instances of overcrowding, and not respecting the two-metre physical distancing rules have been reported.

As a result, piles of stone are being placed within the Station One and Market Place West skate parks.

Barriers are being set up at Station One and Market Place West.

"We've worked hard to slowly gain access to our public spaces," read a news release issued by the city.

"Certain parks and green spaces will remain open as long as users respect provincial restrictions around physical distancing and good hygiene. Failure to follow the phased approach as directed by the province will bring back the restrictions we have all been working so hard to lift."

Premier Blaine Higgs said travellers trying to visit New Brunswick are being asked to turn around, including visitors arriving at airports.

"It's not a new policy," he said. "We are watching our borders from all areas."

Higgs said he's heard of cases where people have travelled to New Brunswick for "non-essential reasons" and have been forced to return home at their own expense.

"These steps are necessary to keep New Brunswickers safe."

With boating season just around the corner, the province will also be monitoring points of entry into the province by water. 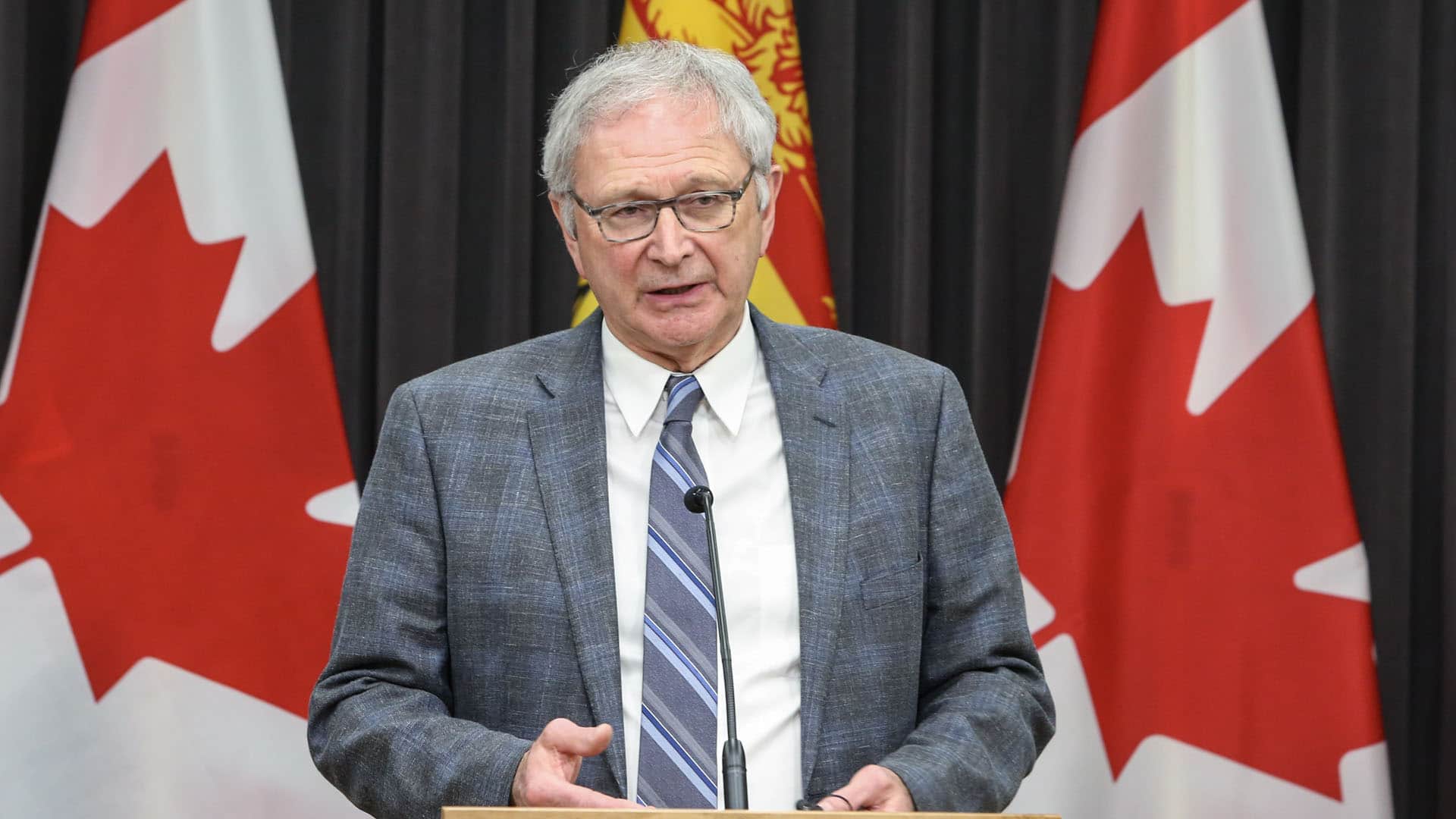 6 months ago
0:41
Premier Blaine Higgs said Friday province will be watching to make sure no one comes in by boat. 0:41

"That activity is not going unnoticed," he said. "It will be monitored and we will be ensuring that boat traffiic is not ferrying people from other provinces or, let's say, from other jurisdictions in New Brunswick undetected. We will be watching for that.

He said residents will still be allowed to go boating, as long as they're doing so along or with people in their bubble family.

Farmers markets will remain closed for a while yet, says Premier Blaine Higgs.

And when the markets do reopen, the "rules around operation will be very, very different," he said during CBC New Brunswick's call-in on Information Morning Fredericton on Friday.

"It will have to be watched very closely because that certainly is a mass gathering and we have to be very careful about how we distance." 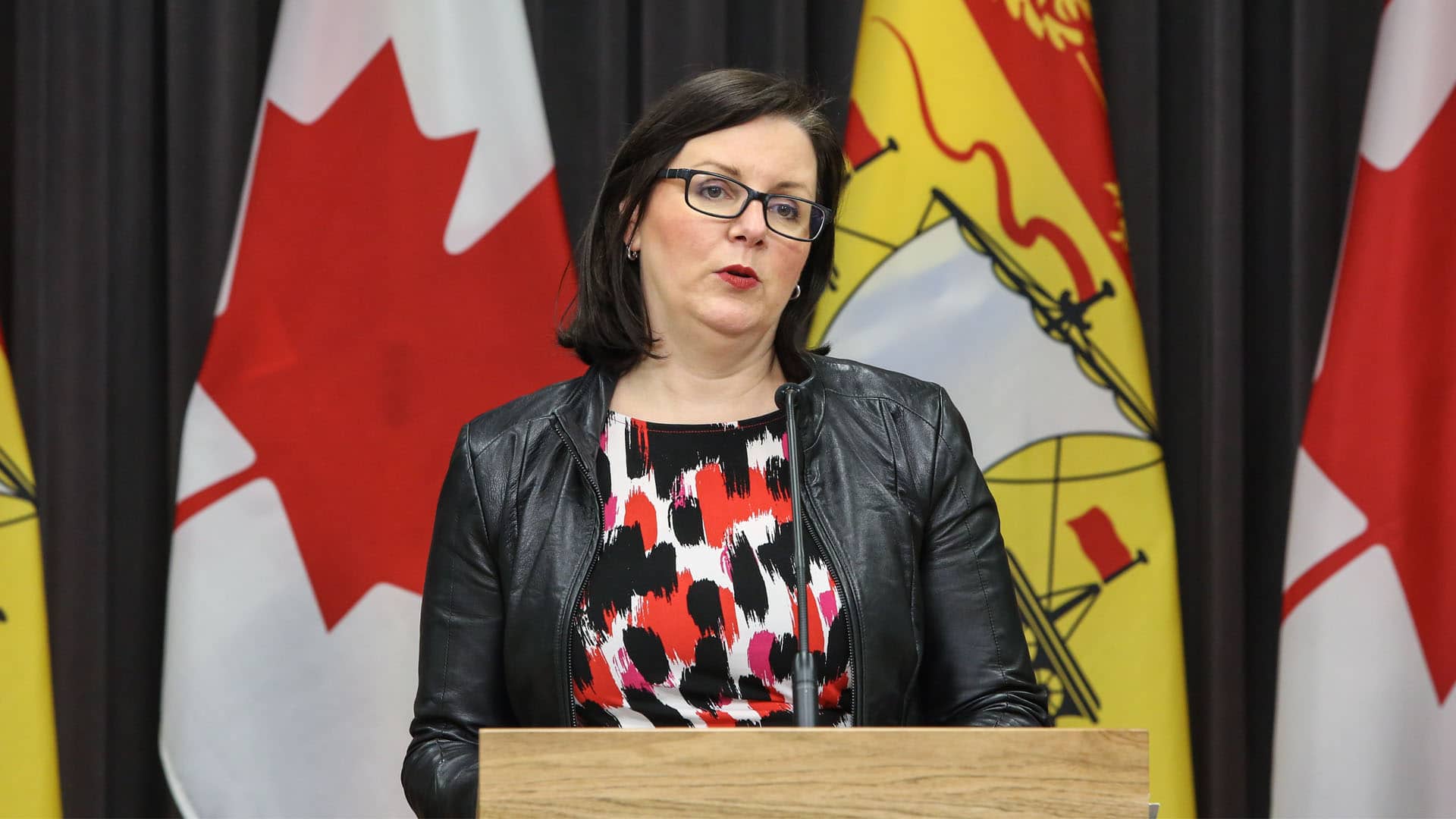 When will farmers markets be allowed to reopen?

6 months ago
0:30
Dr. Jennifer Russell, chief medical officer of health, explains when farmers markets in New Brunswick might be allowed to reopen. 0:30

Later Friday, Dr. Jennifer Russell, the chief medical health officer, said the reopening of farmers markets would not be part of the next phase of recovery.

Farmers markets were one of the first businesses to stop when the province shut down in mid-March.

Some farmers have turned to selling their products online in the meantime, so customers can still buy their essentials.

Higgs said he's aware people want to return to their normal lifestyle, but the province can't lose sight of maintaining a low number of cases.

"Let's not forget that we are in a pandemic, that we still have a health crisis and we need to make decisions that reflect that and reflect our ability to continue with zero cases and no deaths."

Premier Blaine Higgs said there's a possibility property owners in neighbouring provinces like Nova Scotia and Prince Edward Island could soon be allowed into New Brunswick to take up residence in their seasonal homes.

"We're not at that phase yet, but it's a consideration that merits us looking at how we could make that work, but it won't be for several weeks at this point."

Higgs said the province's next steps for reopening include examining how daycares can safely reopen, allowing elective surgeries and opening retail stores.

"This is no time to throw caution to the wind."

Higgs said residents are also permitted to visit their camps and cottages in New Brunswick.

Physical distancing in the world of sports

Premier Blaine Higgs said Friday that New Brunswick public health and the province's Department of Health will eventually look at ways athletes can play sports in a way that meets the guidelines set out by Public Health.

Last week, the province rolled out its recovery plan, laying out when different restrictions could be lifted and businesses could reopen.

Higgs said there likely wouldn't be organized sports until a vaccine is developed, which could be over a year away.

In the future, he said, sports groups can propose different ways to meet the guidelines from Public Health, which will then decide whether it's safe for those sports groups to proceed.

Schools consider restrictions for reopening in the fall

If New Brunswick gets a second wave of COVID-19, it's possible students will have to continue their studies online in the fall, Education Minister Dominic Cardy said Friday.

"We can't predict what the virus is going to do," he said.

He said the Department of Education is still trying to strengthen online learning for students.

"It's absolutely possible that we will have further periods when we go back to a stricter lockdown for hopefully brief periods of time."

New Brunswick schools will need to take extra precautions if they reopen in the fall.

Since most school hallways are narrow, maintaining physical distancing will be difficult but still required.

Cardy said schools will likely have to tape arrows to the floor to signify what directions students and teachers can walk, similar to grocery stores.

"All those are things that folks in the department are working on," Cardy said.

Legislative assembly to return to work

The New Brunswick Legislature will resume on May 26.

Premier Blaine Higgs said he isn't sure what the assembly will look like in terms of physical distancing, but he expects members will rely on an electronic process, similar to that of the federal government.

"We will be working towards that in some fashion," Higgs said.

People concerned they might have COVID-19 can take a self-assessment on the government website. Symptoms include fever, a new or worsening cough, breathlessness, sore throat, headache and runny nose.

If you have two of these symptoms, you should: