New Brunswick has unveiled less restrictive COVID-19 phases of recovery as it prepares for a second wave of the coronavirus.

New Brunswick has unveiled less restrictive COVID-19 phases of recovery as it prepares for a second wave of the coronavirus.

Among the changes, daycares will be allowed to continue operating during an uncontrolled outbreak, or red phase, as long as they follow the guidelines that have proven effective to protect children and caregivers, said Dr. Jennifer Russell, the chief medical officer of health.

During the orange phase, New Brunswickers would need to return to their two-household bubbles, but households could now include formal or informal caregivers, as well as members of their immediate family, such as parents, children, siblings and grandparents, she said.

And starting Aug. 17, during the orange and yellow phases, public venues with seating, such as theatres and arenas, will be able to reduce physical distancing requirements to one metre from two metres, provided people wear a mask at all times.

Russell and Premier Blaine Higgs announced the changes during a news conference in Fredericton on Tuesday, five months to the day since they announced the province's first case of COVID-19. 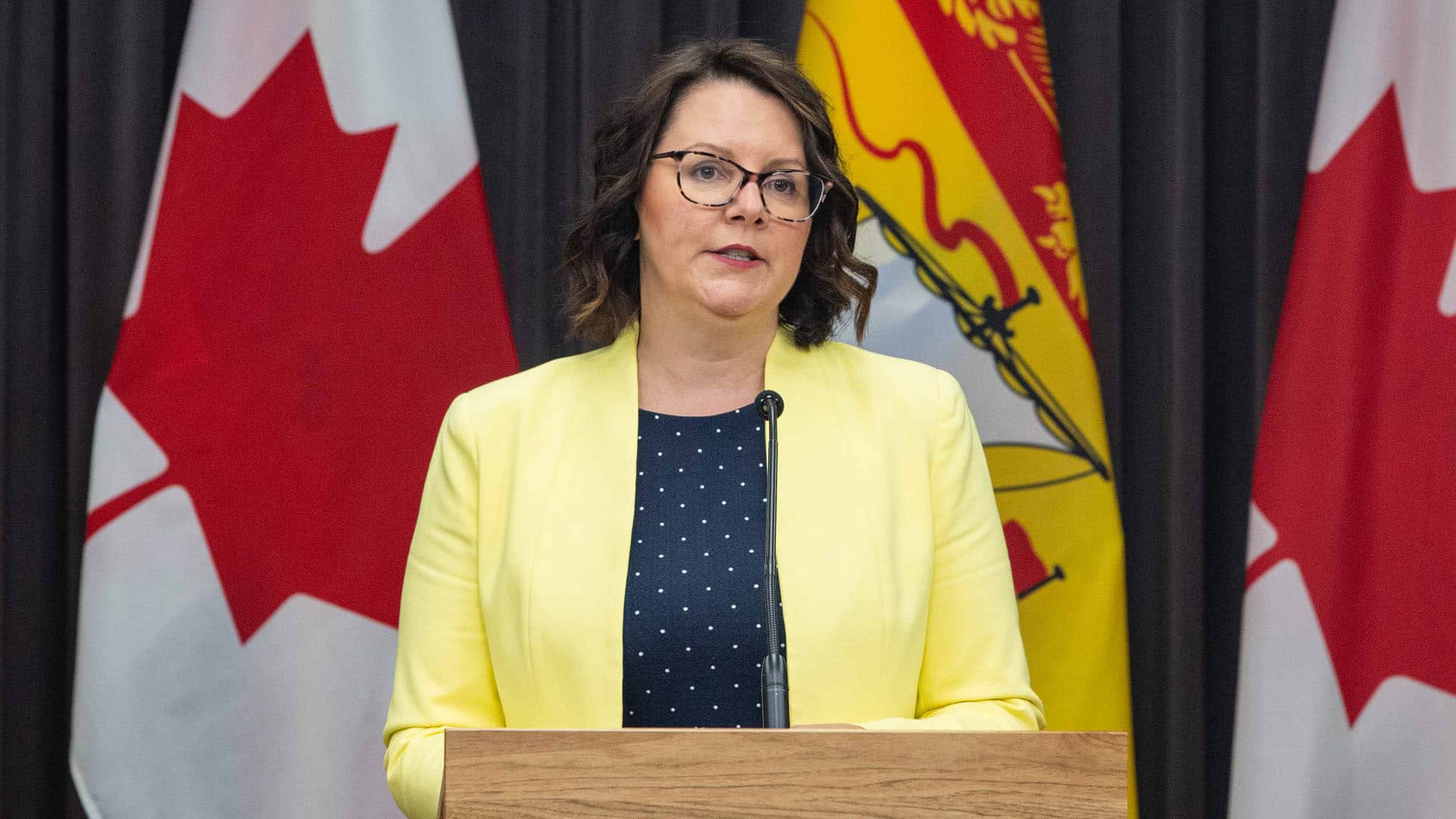 "We never again want to have to shut down our province like we had to this past spring," said Higgs.

"I understand that people have concerns as restrictions are eased and life returns to a new normal, but it is imperative that we resume our lives and get back to work and restart schools," he said. "We need to continue to support local businesses and strengthen our economy."

The province believes the new measures will have the least impact on New Brunswickers and the economy, while keeping everyone as safe and healthy as possible, he said.

To reduce the impact of another possible wave, Public Health reviewed the province's alert levels — red, orange, yellow and green — and the associated measures in light of new scientific knowledge and the effectiveness of previous control measures in Canada and other countries, Russell told reporters.

The entire province is currently in the yellow phase of recovery and is only expected to proceed to the green phase when a vaccine becomes available or when health officials learn more about how to protect people from the coronavirus.

"I suggest we all make yellow our new favourite colour," said Russell.

There is one new confirmed case of the respiratory disease in the Fredericton region, health Zone 3, bringing the province's total of active cases to seven.

The latest case is an individual in their 40s who is self-isolating, said Russell.

Public Health officials are working diligently to identify the source of infection, she said.

The other six active cases are all temporary foreign workers who were still in self-isolation in Moncton when they tested positive. They must continue to self-isolate until they're cleared by Public Health.

Four of them are from Mexico and were destined for jobs in Miramichi, Higgs has said. They are all in their 30s.

One of the other two workers is in their 40s and one is in their 50s. No other information about them was released, but one travelled from Cancun.

The province has recorded 177 cases of COVID-19 since the pandemic began. Two people have died and 168 have recovered since the first case was reported March 11.

On Monday, 307 tests were conducted for COVID-19. As of Tuesday, a total of 55,379 tests have been conducted since the pandemic started.

Higgs said the province needs to be prepared for a second wave, but urged people not to "create it" through "poor behaviour."

He noted there has been an increase in gatherings with the great summer weather and people "aren't always following the rules.

"By doing this we are putting our fellow New Brunswickers at risk," he said. "We must and we can do better."

Asked how the government responds to critics who say it's favouring the economy over public health with the revised phases of recovery, Russell replied. She said the province's focus during the first wave was on containment, protecting the health-care system and ensuring there was access to enough intensive-care hospital beds, ventilators and other equipment.

But looking back, health officials now know there were negative unintended consequences, such as impacts on mental health.

Triggers for changes in phase levels

There are three key areas the province needs to manage to control the transmission of COVID-19 and certain changes in these will trigger changes in provincial or regional phase levels, Russell told reporters.

The first is epidemiology. "Our triggers in this area remain [number of cases] or community transmission and/or outbreaks in vulnerable settings, such as long-term care homes or hospitals," she said.

The second is Public Health's capacity to test, trace and self-isolate potential cases of COVID-19. 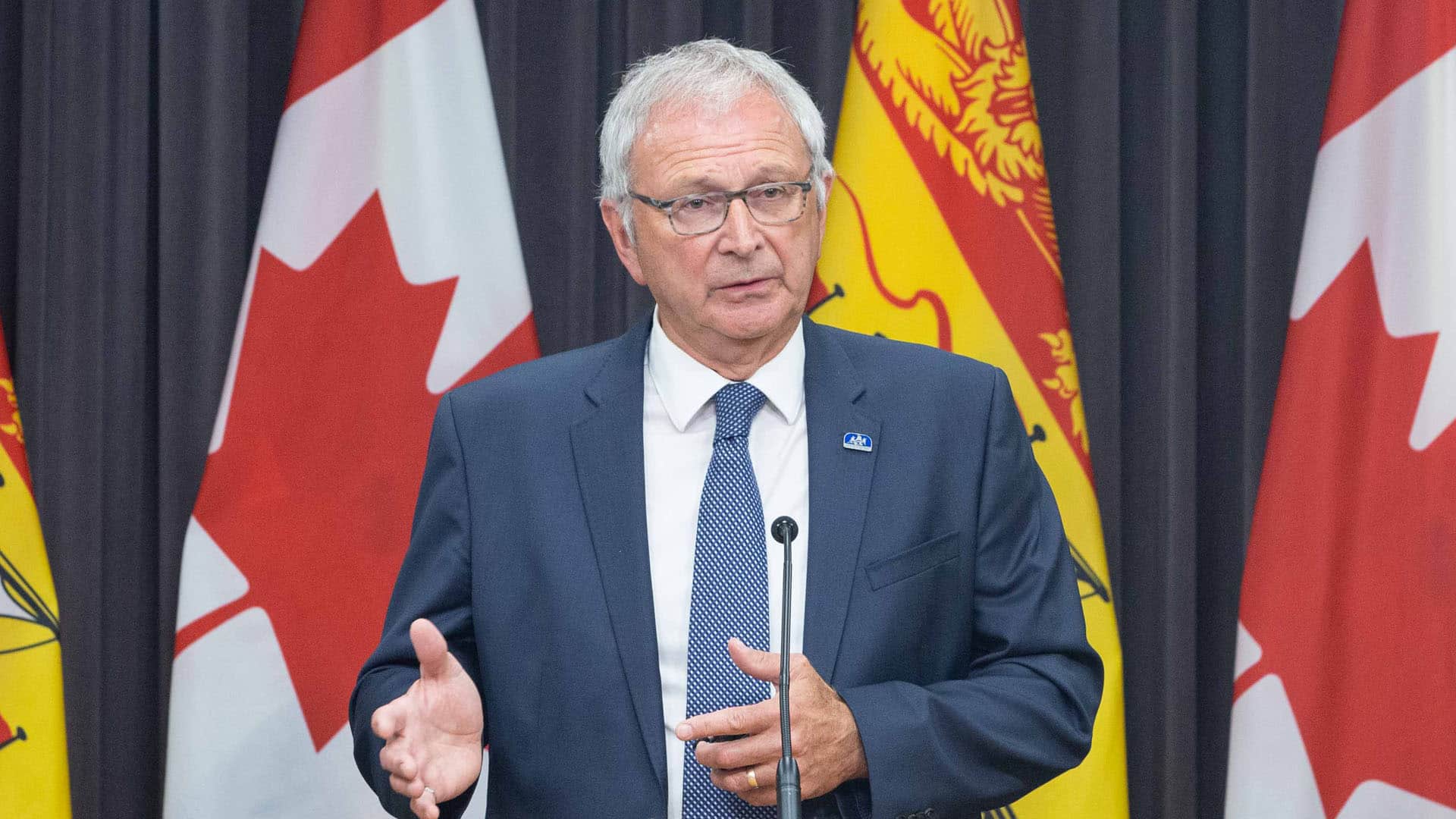 "If ever our teams become overwhelmed and can no longer do these things in a timely manner, we will likely need to shift back in phases in response to the risk of the virus getting away from us," said Russell.

The third is the health-care system's capacity to cope with the number of COVID-19 cases.

"Should we see signs that we are no longer able to protect our health-care workers or that hospitals are at risk of being overwhelmed, we will need to ask New Brunswickers for their help for a period of time."

During the red phase, COVID-19 is "no longer under control," and "strong restrictions to limit unnecessary movement of people and contacts to contain community transmission would be necessary," the government said in a news release.

But the new measures will allow a much broader range of businesses, including daycares, to continue to operate, as long as they have appropriate public health measures in place.

Kindergarten to Grade 12 schools would be limited to virtual instruction only. Teachers and school employees, however, would continue to work at schools to teach virtually from their classroom, according to the news release.

All primary care providers and regulated health professionals would be able to continue to offer their services utilizing virtual means whenever possible, it said.

Meanwhile, residents would need to return to a single-household bubble, but they would "now keep the ability" to add formal or informal caregivers and immediate family members, including parents, children, siblings and grandparents, who were introduced in the previous levels of recovery.

"We do not believe that we need to go back to a place where families are kept away from each other for long periods of times or wherever most vulnerable lose access to their caregivers at times of great need," said Russell.

The orange phase would apply when there is "a significant risk that COVID-19 is no longer under control," the government said.

"Restrictions on non-essential contact activities, both socially and in some workplaces, would be required to address a high risk of community transmission."

Unregulated health professionals would be allowed to continue to operate, but close contact personal services, such as barbers, hair stylists or spas, would remain closed.

Public venues with seating can reduce physical distancing requirements to one metre with "continuous" mask use, which Russell said will allow some businesses and activities to return to occupancy levels that will better allow them to operate, but distancing of two metres would still be required if people are eating or drinking.

This phase applies when COVID-19 is considered controlled but there is still a risk of community transmission. Physical distancing and standard public health measures continue to be required to mitigate the risk associated with sporadic cases or clusters.

The changes in distancing requirements at public venues with seating during the orange phase apply at this phase as well.

"I know we can tackle this challenge together," said Russell. "To date we have absolutely flattened this virus together and as long as we do our part, I have no doubt that we will continue to do so, even with challenges and uncertainties ahead of us.

"So let's stay vigilant, let's stay collaborative and co-operative and engaged and continue to do all of this work together."

No decision on bubble expansion

Tuesday's update was the first since July 30, when Higgs announced New Brunswick was expanding its travel bubble to include two Quebec border regions.

Higgs said at that time that opening up to any other areas or the rest of Canada wouldn't be considered for at least two weeks. The coronavirus has an estimated incubation period of up to 14 days.

On Tuesday, Higgs reiterated he expects the success of the minor Quebec bubble will determine next steps. He plans to discuss opening up the Atlantic region to the rest of the country with his fellow premiers in the coming days, he said.

"Right now we're focused on doing our further openings collectively with our other Atlantic provinces.

"And at this point it's been quite overwhelming the support to continue as we are with limited changes in what we're doing internally."

Recent outbreaks in other parts of the country don't make them "anxious" to open up, he said.

People with one of those symptoms are asked to: