The New Brunswick government will ban any new temporary foreign workers from entering the province as a way of reducing the risk of COVID-19.

Blueberry farmer dismayed by decision, says it could ruin his business

The New Brunswick government will ban any new temporary foreign workers from entering the province as a way of reducing the risk of COVID-19.

Premier Blaine Higgs says an influx of more workers is too much of a health risk, and he called on New Brunswickers and foreign workers already in the province to fill vacancies in the agricultural and seafood-processing sectors.

But "right now the risk of allowing more people to enter the province is simply too great."

Tweedie said 24 workers are due to arrive from Jamaica on May 4 to help prepare his fields for pollination by 700 hives of bees coming from Michigan nine days later.

"We simply do not have the time to change our course," Tweedie said. "We need these workers and we need them now. … That will leave me unable to continue our farming operation, point blank. We will be out of business."

Tweedie said some of his workers were due to arrive before now but were delayed.

With a mandatory 14-day quarantine for new arrivals in the province, the pollination timeline would be hard to achieve even if they landed now, he said.

Higgs said at his daily afternoon COVID-19 briefing that the province would work with producers like Tweedie to shift some of the 1,500 foreign workers already in the province to fill gaps at his farm and others. 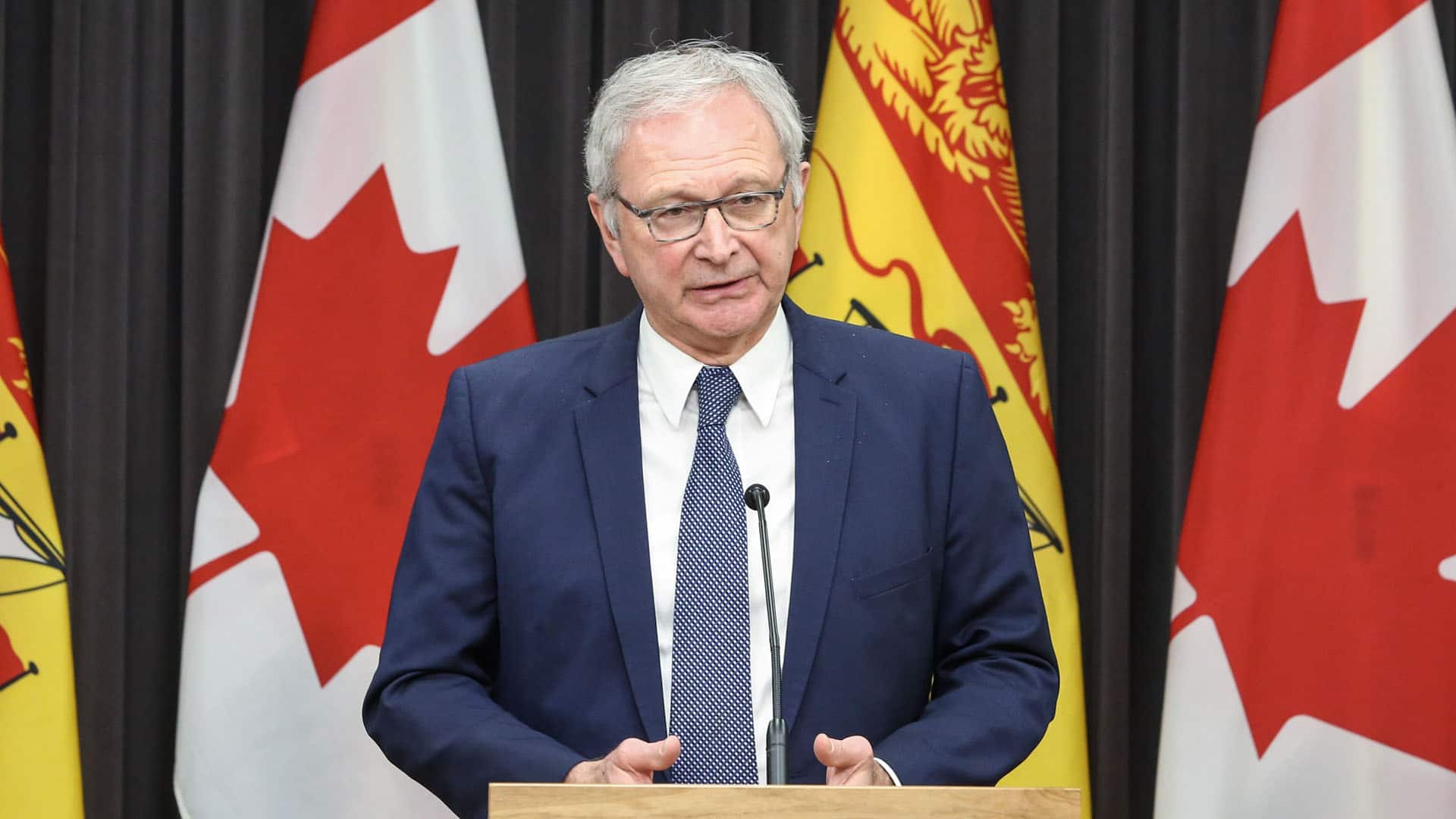 He said there are enough of them, and enough local workers, to do the work.

"Let's find a solution together," Higgs said. "If there was ever was a time that people were needed to step up and be part of the solution … now is the time."

'This is terrible, terrible news'

But Tweedie said the premier's suggestion is a non-starter.

"That does not fulfil our total need for workers," he said, explaining that the Jamaicans who have come to his farm year after year are already trained. "They know the farm. They know the equipment, and without them we are going to struggle. … This is terrible, terrible news."

Tweedie said he has been trying to hire local workers for the positions since last November and has managed to find only two people.

He choked up as he described how he also needs the workers to mow fields for the 2021 season, meaning that could be ruined too.

Ottawa not in favour

Federal cabinet minister Dominic LeBlanc said the Trudeau government disagreed with the decision because there was already enough economic uncertainty in the agricultural and seafood sectors because of COVID-19.

"A decision at the last minute to destabilize the labour force that's necessary in the fish-processing plants is of concern to us," he said.

LeBlanc, whose riding includes processing plants that use foreign workers, said finding local recruits to take those jobs is a constant challenge.

"The idea that we can find local workers to replace these temporary foreign workers is not as easy as it seems."

LeBlanc said a chartered flight from Mexico with workers for processing plants in Nova Scotia and New Brunswick was due to land in Halifax overnight. Now those workers will be limited to Nova Scotia, putting New Brunswick plants at a competitive disadvantage, he said.

Agricultural and seafood companies persuaded the federal government to exempt temporary foreign workers from the closure of the Canadian border last month.

Higgs said he told Deputy Prime Minister Chrystia Freeland of the decision Monday night and asked for "flexibility" to allow the shifting of foreign workers already here as needed.

"I won't apologize for protecting New Brunswickers," he said.

Asked if the three opposition party leaders on his all-party COVID-19 cabinet committee had endorsed the decision, Higgs said they had agreed on "a path forward" that included fewer foreign workers.

Green Party MLA Kevin Arseneau denounced the decision, saying the province could have helped foreign workers self-quarantine by providing hotel rooms rather than leave farmers in the lurch.

"I don't think this is in any way a responsible decision," he said.

Dr. Jennifer Russell, the chief medical officer of health, would not answer directly when asked if she had advised Higgs to ban any more foreign workers.

"This is a government decision, but in terms of highlighting risks, our borders right now are a risk."

Tweedie said his workers have already been cleared to enter Canada by the federal Department of Immigration, Refugees and Citizenship. He said the province normally has no role in approving his workers.

Prime Minister Justin Trudeau did not answer directly Tuesday when asked if provinces have the legal authority to ban temporary foreign workers.

"Provinces will have different approaches," he said. "The situation is very different across the country. The provinces will make decisions that prove to be the best within their jurisdictions."

But Joanna Baron, executive director of the Canadian Constitution Foundation, said Higgs's move may be unconstitutional.

"It's quite clear that movement of individuals between provinces is clearly a federal power," she said. "It is not a provincial power."

The foundation is a lobby group that opposes restrictions on interprovincial trade. It helped fund the legal challenge by New Brunswicker Gerard Comeau to provincial limits on importing beer from other provinces.

Baron said the other legal problem with Higgs's move is that immigration is exclusively a federal jurisdiction.

"I don't see how the New Brunswick premier can do through the back door what he cannot clearly do by the front door, i.e. de facto control immigration on the ground, if the federal government has deemed their entry to be lawful."

LeBlanc also questioned whether Higgs's move was constitutional, but he said given the province has adopted emergency powers during the pandemic, the federal government had accepted that the decision had been made even if it wasn't in agreement.

Tweedie said many of the 24 Jamaicans he was expecting to arrive next week have been coming to work for him for years. He said they have an "incredible work ethic."

He said he has already invested $250,000 into preparing for this year's season.