Premier Blaine Higgs has announced that all public schools will be closed in New Brunswick for two weeks.

Premier Blaine Higgs has announced that all public schools will be closed in New Brunswick for two weeks because of the coronavirus outbreak.

"Our collective goal is to minimize the spread of COVID-19," he said.

He said public health officials will be monitoring the situation, and the closure could be extended beyond two weeks.

The closure will not affect daycares, since they're considered an essential service.

Higgs also said it hasn't been decided yet whether the school year will be extended into the summer months to make up for the lost weeks.

"We certainly don't want to see kids lose a school year, but we'll only bring them back when we feel it's safe."

New Brunswick is the third province to close public schools this week, behind Ontario and Quebec.

WATCH: What Premier Blaine Higgs had to say about public schools being cancelled for two weeks starting Monday.⁠ 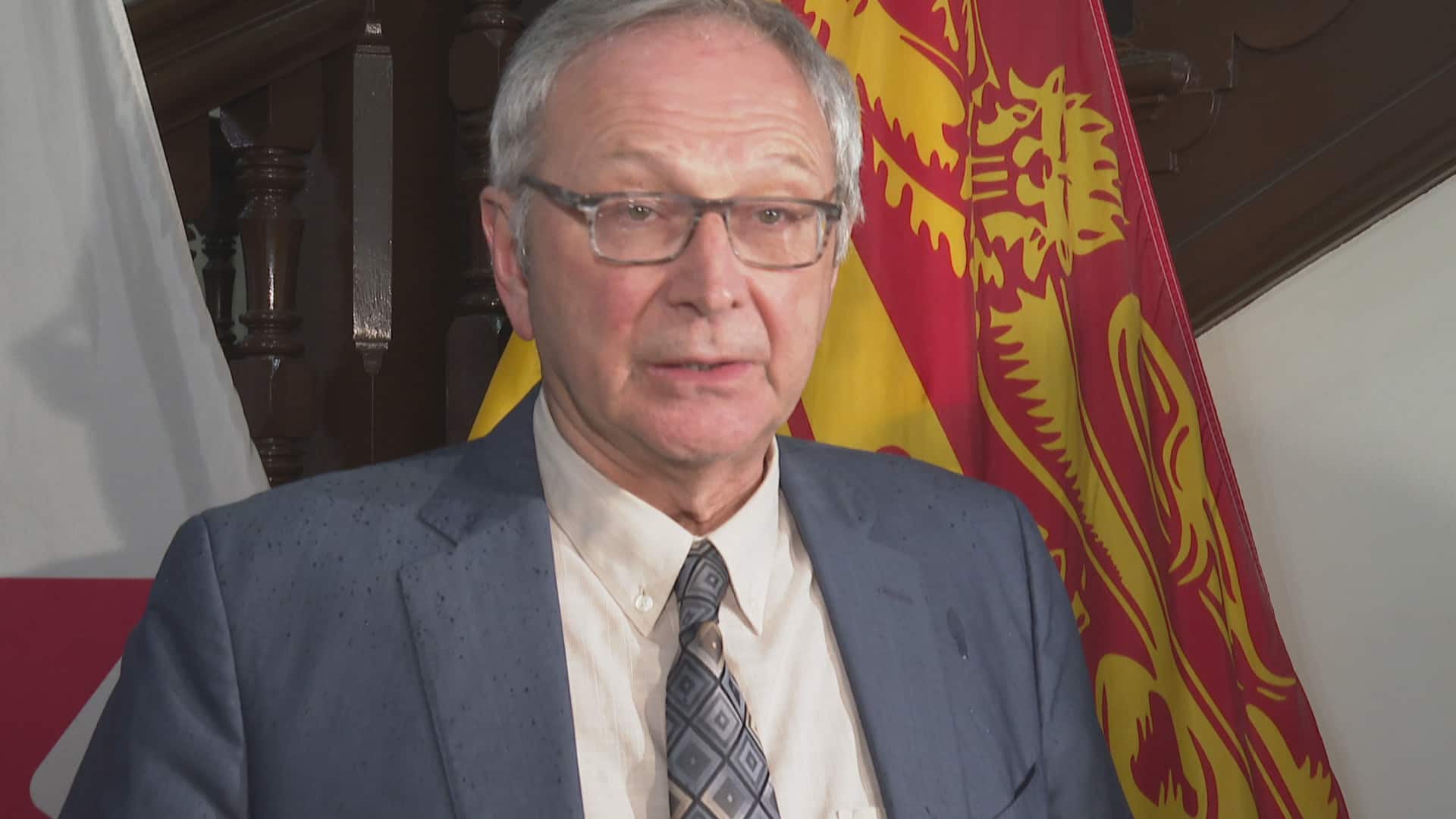 11 months agoVideo
1:02
Premier Blaine Higgs has announced that all public schools will be closed in New Brunswick for two weeks. 1:02

"It's not to say we're waiting for others," Higgs said. "I want to be proactive."

The New Brunswick Health Department announced the province's first case of COVID-19 on Wednesday. There have been no new cases since then. Eighteen people have tested negative for the virus.

Dr. Jennifer Russell, the province's chief medical officer, said earlier Friday that she would support the government if it decided to close public schools — a question that was settled by an all-party committee.

Russell told a news conference Friday that she doesn't have the authority to order closures.

"Under the Public Health Act it's not within my power," she said.

The all-party committee, made up of cabinet ministers and the four party leaders, began meeting late in the afternoon, and Higgs announced its unanimous decision a few hours later.

He said all political parties are working together to keep New Brunswickers safe.

Here is a roundup of other developments Friday.

Jennifer Russell said the Tele-Care 811 line is "pretty much jam-packed" with people calling about their health and seeking direction.

She said she wanted to remind the public that COVID-19 symptoms consist of a cough, fever and shortness of breath.

She also said people are stockpiling groceries, which isn't necessary and only creates fear.

Higgs said people are also calling 811 expressing their concerns about the virus, not because of any symptoms they might be feeling.

"We need to make sure that people are understanding, the need has to be there to deal with cases that are real," Higgs said.

Only people with symptoms are being tested for COVID-19.

Public Health pulls out of Q&A with public

Earlier in the day, the Department of Health cancelled a Q&A with CBC New Brunswick that was supposed to answer the public's questions related to COVID-19.

In cancelling Russell's appearance with the public, Danielle Phillips, a department spokesperson, said the "situation is fluid."

She did not elaborate when she announced the decision shortly before the session was to begin.

At STU, teaching is cancelled altogether next Monday Tuesday and Wednesday to allow staff and faculty to prepare online instructions.

Mount Allison University is suspending classes for the rest of the school year.

The university has given foreign and domestic students the option to return home.

New Brunswick Community College has cancelled in-person classes on all campuses next week but did not elaborate on any alternatives.

Classes at the University of Moncton will be suspended until March 30.

New Brunswick's seafood industry is reeling as the coronavirus fallout spreads in traditional markets around the world.

On the other side of the Bay of Fundy, many of the people involved in Nova Scotia's lobster industry spent the day debating whether to stop fishing entirely because more are being caught than can be absorbed as markets in the Pacific Rim and Europe collapse.

The same is now happening in North America with restaurants closing, cruise lines tying up their ships, and people working from home.

As well, seafood processors are waiting to see whether they will be allowed to bring in international workers who have been critical to getting the New Brunswick industry through the processing season.

Theatres in New Brunswick are among the organizations that have responded to Russell's recommendation this week that people avoid gatherings of 150 or more people.

The Saint John Theatre Company has rescheduled all of its spring programming.

"With an estimated audience and volunteer base draw of close to 6,000 during its run at Imperial Theatre, the company decided that rescheduling dates would be best for public safety and safety of the large cast and production team," a statement said.

The company said its performances of Driving Miss Daisy at the end of the month will be moved to the BMO Studio Theatre, which seats 90 people.

The Loverboy and Trooper concert scheduled for April 4 at Casino New Brunswick in Moncton is also postponed.

The Capitol Theatre in Moncton announced earlier this week that it was postponing or cancelling any upcoming events.

The Fredericton Playhouse has cancelled all public events until April 2 and its website took down all listings for its events.

Municipal elections will go on

Municipal elections will still happen in May unless the legislature decides otherwise, the chief electoral officer says.

"Given the warnings from health officials about mass gatherings during this outbreak, and given that a general election involves hundreds of thousands of New Brunswick citizens voting in hundreds of polling stations … there are obvious concerns over public safety," said Kimberly A. Poffenroth.

Poffenroth said there is no easy solution to reducing the risk to electors or workers.

"My office has been in discussions with senior government officials over the past several days to determine the best course of action," she said in a news release.

Poffenroth does not have the authority to cancel or postpone elections. The legislature would need to change New Brunswick election laws.

Visitors who have travelled outside the country are not allowed to visit New Brunswick nursing homes for 14 days after they return home. And anyone experiencing an illness is asked to avoid nursing homes altogether.

Jodi Hall, executive director of the New Brunswick Association of Nursing Homes, said preparing for outbreaks or the potential of an influenza-like illness is something the association does on a regular basis.

Every year, strong policies and procedures are put in place, as well as education to protect residents living at the 68 licensed homes across the province.

The association is working closely with government and scanning scientific news to see if any additional measures are needed.

Nursing homes are also looking at alternative ways, such as Skype, for residents to connect with family and friends who can't visit.

"So people still feel connected and not so isolated."

The federal government is warning against all international travel and is limiting inbound flights in order to limit the spread of COVID-19.

Prime Minister Justin Trudeau detailed the new measures during a news conference Friday. Trudeau said that, aside from the sweeping travel advisory, the government is also taking steps to prevent infections.

The Public Health Agency of Canada says the risk associated with COVID-19 is low for the general population, but notes  that could change quickly.

People who are over 65, have a compromised immune system or underlying health conditions face a higher risk of "more severe outcomes" if they contract the virus — which the WHO says is mild for most who get it.

As of early Friday morning, Canada was reporting almost 160 presumptive and confirmed cases.

Symptoms of coronavirus can include fever or cough. In this case, residents should: