Two weeks into the new fiscal year New Brunswick's planned budget surplus has been transformed into a hefty deficit by the COVID-19 crisis.

Two weeks into the new fiscal year New Brunswick's planned budget surplus has been transformed into a hefty deficit by the COVID-19 crisis and although Premier Blaine Higgs is not ready yet to reveal how big the financial troubles will be, all signs point to something large — perhaps historic.

"We are certainly now in very significant deficit territory and I don't see that changing anytime soon," said Higgs on Thursday during his regular afternoon news conference.

"A surplus and debt payment are now no longer even an option of any kind."

Higgs said both the cabinet and special all-party cabinet committee overseeing the province's response to the pandemic have been briefed on New Brunswick's deteriorating finances and said the public will be updated soon.

Still, a growing consensus of private-sector forecasts suggest the impact of the pandemic on New Brunswick's economy will be historically severe, even if mercifully short.

Provinces to slip into 'severe recession'

Earlier this week, the Royal Bank forecast New Brunswick's economy will shrink by 4.5 per cent this year and temporarily shed 43,000 jobs before recovery begins toward the end of summer.

"We now project all provinces will slip into a severe recession," wrote bank economists Robert Hogue and Ramya Muthukumaran in a report looking at the prospects of each province coping with the virus.

"Business closures, massive layoffs and drastically reduced working hours for those still employed generate additional knock-on effects for other sectors — leading to further job losses and deepening the economic contraction. The end result will be for 2020 to mark the steepest one-year decline in GDP for all provinces."

It's a gloomy view shared by others.

The Conference Board of Canada, Canadian Imperial Bank of Commerce, Toronto-Dominion and National banks have each recently projected a severe economic contraction in New Brunswick this year of between 3.2 and 4.1 per cent.

That's significantly worse than the banking crisis and recession of 2008 when New Brunswick's economy declined by a combined 0.6 per cent over two years.

That downturn had been unforseen in the province's 2009 budget and the deficit that year ballooned $170 million higher than expected, mostly due to increased spending to deal with the recession.

The New Brunswick Department of Finance has said little so far but does hint the 2008 experience will be at the low end what the province's finances are likely to encounter this time.

"There is an increasing consensus that this crisis will be as bad as the 2008 financial crisis or worse," said finance department spokesperson Vicky Deschenes in a statement to CBC News.

The Higgs government has already authorized unbudgeted spending of more than $100 million to help individuals and businesses survive the pandemic financially. But it's the potential effect on provincial revenues that is likely to pose the larger threat to New Brunswick's budget.

"We stress that this scenario is not a forecast of the most likely outcome. It is an illustrative scenario of one possible outcome," said Giroux's office about the analysis.

Although speculative and not directly applicable to provinces, superimposing similar effects on New Brunswick's projected $3.8 billion in HST and personal and corporate income taxes this year would trigger revenue reductions of $580 million.

That's unlikely since Giroux's analysis is based on a national economic contraction of 5.1 per cent, which is larger than the contraction expected in New Brunswick, but it is illustrative of how much government tax revenue is under threat by the economic upheaval being caused by the virus. 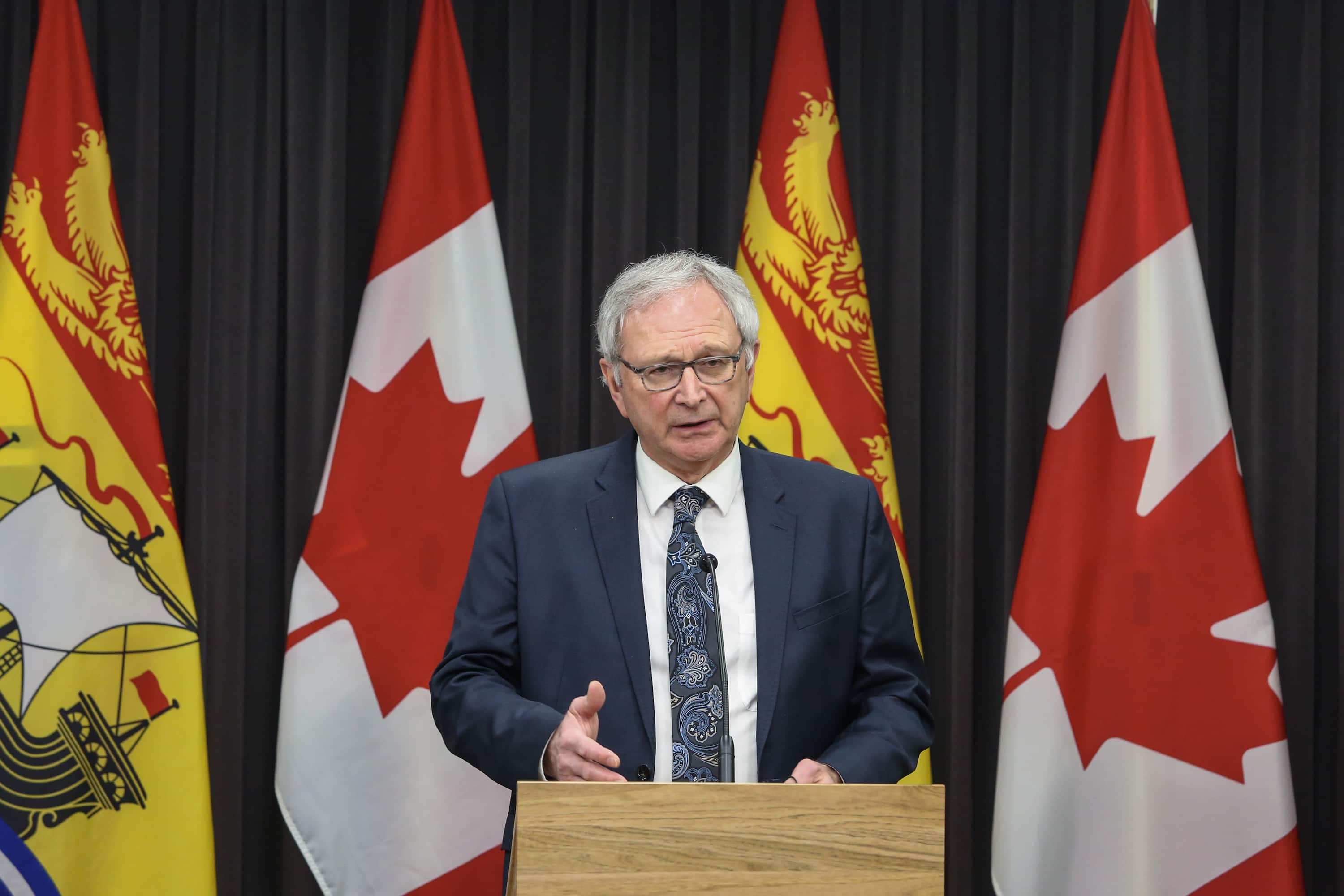 10 months agoVideo
1:54
Premier Blaine Higgs announced Thursday the state of emergency in New Brunswick has been extended for two weeks. 1:54

Higgs has said for weeks he will worry about the province's finances after the threat from COVID-19 passess but Thursday did acknowledge restarting the economy and solving the fiscal problem the virus leaves behind will be daunting.

"That's why I'm pleased and excited to be working with the other three leaders because you know this is a situation where fighting the virus is one thing, but managing our path forward collectively so that we all recognize the challenges we're facing is extremely important."