New Brunswick's domestic violence shelters say they're in a serious financial crisis because of the COVID-19 outbreak and have lost some employees who feel the health risks of working during the pandemic are too high for the wages they receive.

New Brunswick's domestic violence shelters say they're in a serious financial crisis because of the COVID-19 outbreak and have lost some employees who feel the health risks of working during the pandemic are too high for the wages they receive.

As one shelter director described it, they're dealing with a pandemic within a pandemic.

Although the province's 14 shelters haven't seen a marked increase in admissions over the past couple of months, the two organizations that represent them believe that's largely because Public Health isolation requirements are making it more difficult for victims to escape their abusers right now.

The organizations fear that with fewer check-ins from family and friends, the level of control and violence is on the rise, said Debrah Westerburg, co-ordinator of the New Brunswick South Central Transition House and Second Stage Coalition, which represents the English-language network of shelters.

Once the restrictions are lifted, they expect more women will seek help, said Westerburg.

Her organization and Réseau des services pour victimes de violence du Nouveau Brunswick — the French-language network — are seeking full funding from the provincial government so they can cover the added costs and lost revenue related to COVID-19, and increase wages to $24 per hour.

The federal government announced one-time emergency funds for the sector, but it won't be enough to meet the needs, said Patty Michaud, chairperson of the coalition.

She points to the expense of adapting the shelters to meet Public Health's physical distancing requirements.

"This has been difficult because, for instance, most shelters do not have one bathroom per resident," said Michaud, and personal protective equipment and disinfectants have been difficult to obtain.

The shelters, which range in size from nine beds to almost 40, for a total of roughly 180 beds, have lost about 10 beds province-wide, to meet the requirements.

We are in a serious financial crisis, one that will continue well past the pandemic.- Patty Michaud, chair of the N.B. South Central Transition House and Second Stage Coalition

Meanwhile, the fundraising events the shelters rely on to help cover funding shortfalls for ordinary operating costs have been cancelled due to COVID-19.

"We are in a serious financial crisis, one that will continue well past the pandemic," said Michaud, who is also the executive director of the Miramichi Emergency Centre for Women.

"It is time that the crucial work we provide to our communities is recognized in a manner that reflect the skills and complexity of the work. Since our work is essential, it must be compensated fairly."

"Clearly their wages are not representative of the value of their work," she said.

A 2012 study by Ruth Rose on behalf of the New Brunswick Coalition for Pay Equity had recommended the salaries of domestic violence shelter workers should be above $21 per hour.

The networks arrived at $24 per hour by adjusting for inflation.

Before the pandemic, "it was already something that we [pinpointed] as problematic because we want our workers to be valued," said Roy Comeau.

"But with the pandemic, it's even more obvious," given the challenges and risks.

Some employees have chosen to stay home and collect the emergency funding from the government rather than potentially be exposed to COVID-19, said Roy Comeau.

"I would say that until now we have only maybe lost a couple of workers, but it's still very preoccupying."

Premier Blaine Higgs said Wednesday he "absolutely [understands]" the financial situation the shelters have found themselves in.

"We can't lose sight of the need," he said, describing the service they provide as "very important" to the province.

Many groups have seen their normal sources of funding, such as donations, "changed or dried up" because of the pandemic, said Higgs.

"We have to look across that spectrum and find, how do we ensure that we're keeping the vulnerable members of society supported in a way that they're used to and in a way that's necessary," he told reporters during the COVID-19 update in Fredericton. 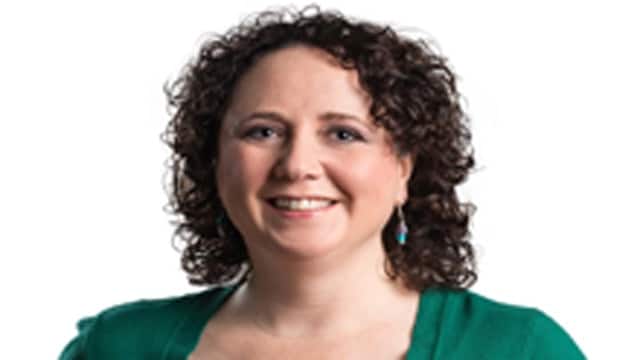 Shift - NB7:14Women's shelters struggling
Workers at New Brunswick women's shelters say they're not getting paid a fair wage - and are dealing with more health and safety risks during the pandemic, according to Debrah Westerburg, the coordinator with the New Brunswick South Central Transition House and Second Stage Coalition. 7:14

The shelters "will certainly … be looked at in great detail to understand, what can we do to ensure that they provide their service," he said.

"It's about, how do we spread, you know, our dollars in a way that we can preserve what we must and ensure that we're meeting the needs that are most concerning."

In April 2018, the shelters received an 11 per cent increase in their funding, he said.

Calls to police, crisis lines up

So the Public Health requirement for people to stay home as much as possible to reduce the spread of COVID-19 has "given added, if you will, tools to abusers to isolate and to control their victims."

Holtmann believes domestic violence incidents have been on the rise across the province since the pandemic hit in March, based on an increase in the number of calls to police, as well as to domestic violence crisis lines, both through shelters and outreach workers.

"We have to remember that most victims of domestic violence and survivors are not calling and seeking help. So that's only the tip of the iceberg," she said.

Most victims are more likely to tell a close friend or a family member, so it's very important that everyone be informed about what supports are available and safe ways to help, said Holtmann.

She cited the Love Shouldn't Hurt campaign provided by Department of Public Safety as one of the helpful resources available,

Friends, family, neighbours and strangers can be vulnerable in these situations, said Holtmann.

"Which is why people are hesitant to reach out, you know, to inquire, not wanting to get involved in someone's business. Because it is dangerous, right? It's lethal, we know that."

It is of "utmost importance" now, she said, during the pandemic.

The province saw a surge of violent crimes over the weekend, including two homicides.

On Saturday, Tina Tingley-McAleer, 43, was found dead in her home in Hillsborough, about 25 kilometres south of Moncton.

Court documents show the mother of three and grandmother of six was assaulted and threatened earlier this year by the man now accused of killing her.

Calvin Andrew Lewis, 49, is charged with first-degree murder. He has been ordered to undergo a 30-day psychiatric evaluation.

RCMP say a woman in Upper Gagetown, about 45 kilometres east of Fredericton, was taken to the hospital Sunday night with "serious but non-life-threatening injuries" after she was assaulted in a home and fled. 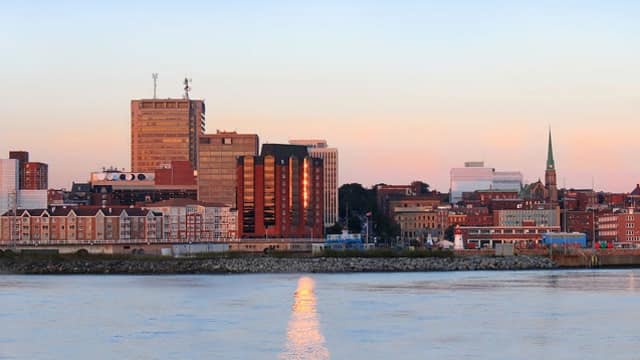 During Monday's COVID-19 briefing in Fredericton, the premier addressed the incidents, saying he couldn't make any prejudgments, but is anxious to learn more about the investigations and understand "what else could be done in any situation to avoid any future incident."

He also said government officials have noted a reduction in usage in transition houses during the pandemic — "not unlike what we've seen in emergency rooms in hospitals."

The province has repeatedly emphasized that shelters for victims of domestic violence remain open during the state of emergency, which was declared March 19, he said.

"We wanted to make sure people knew that we were providing help and assistance wherever we could and that was continuing," Higgs told reporters.

The New Brunswick South Central Transition House and Second Stage Coalition is a network of 12 second-stage shelters in the southern and central regions of New Brunswick serving English-speaking and bilingual communities.

If you need help and are in immediate danger, call 911. To find assistance in your area click here.

With files from Tori Weldon and Information Morning Saint John