N.B. COVID-19 roundup: You can all get your hair cut and see more friends now

New Brunswick is moving into phase three of its COVID-19 recovery plan, but it will take several weeks to implement, Premier Blaine Higgs announced Friday.

New Brunswick is moving into phase three of its COVID-19 recovery plan, but it will take several weeks to implement, Premier Blaine Higgs announced Friday.

These changes on the new phase, known as the yellow phase, take effect immediately:

Higgs said businesses will need to respect physical distancing measures except when clients are receiving services.

Next Friday, additional restrictions will be lifted.

Higgs said sports can operate under the guidance of their respective national or provincial organizations if they identify ways to limit the number and intensity of close contacts during play. 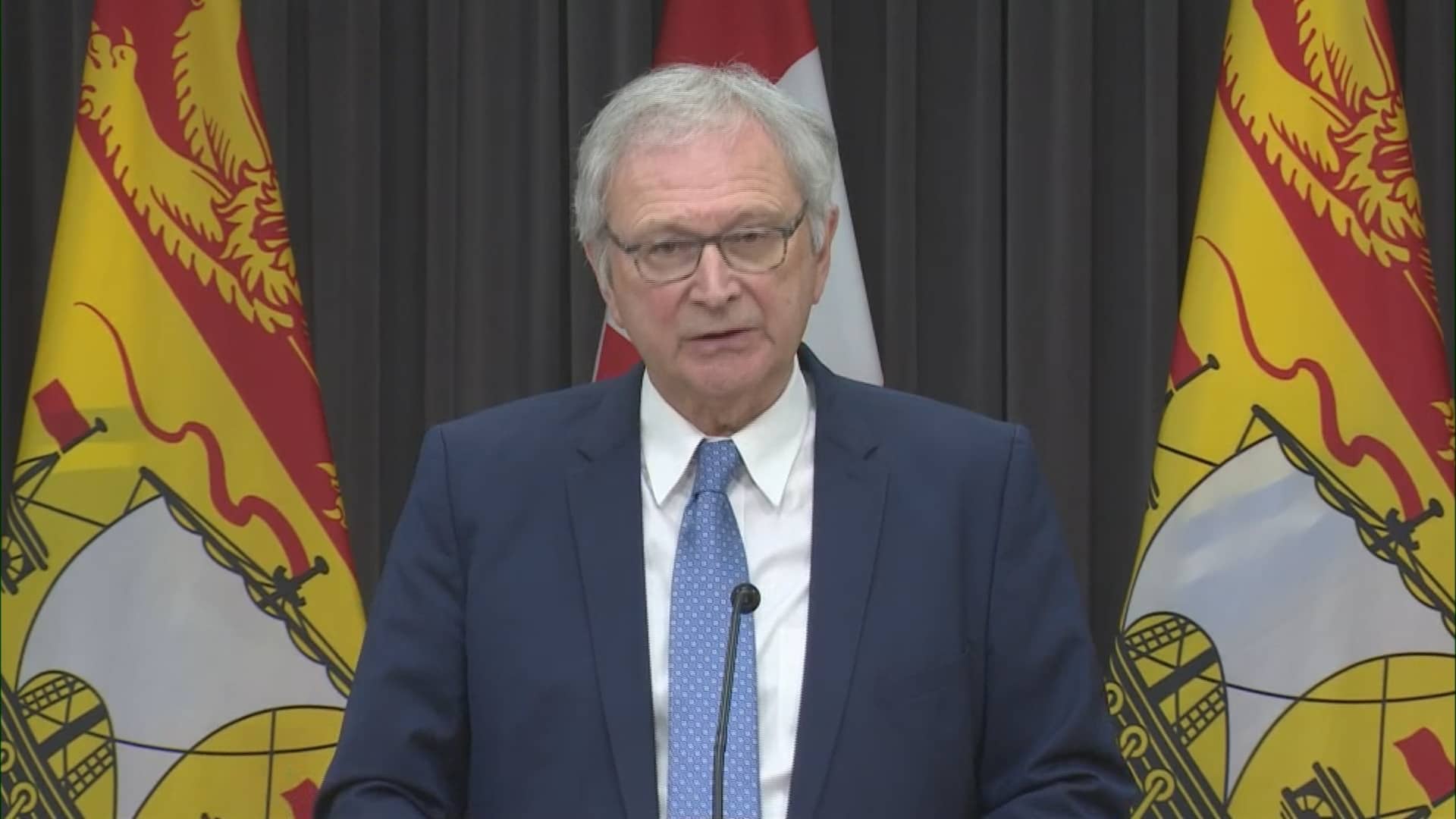 Premier Blaine Higgs explains what yellow phase will look like

9 months agoVideo
2:54
Under new recovery stage, family and friend bubbles can be expanded and barbers, hairstylists and other services are allowed to reopen. 2:54

He said players should check with their local organizations to ensure they're going ahead with operations. Youth leagues must ensure that spectators are limited to one accompanying adult per child.

On June 19, Higgs said overnight camps will also be allowed to reopen.

Russell said the Department of Health will be making an announcement soon about visiting policies at hospitals and long-term centres and palliative care centres.

What are the new bubble rules?

From now on, if New Brunswickers want to visit with someone outside their household bubble, they are permitted to do so, as long as their surroundings are clean and they're keeping their physical distance.

The province is allowing one household to gather with nine other people at once. These visits can be indoors with close family or friends. 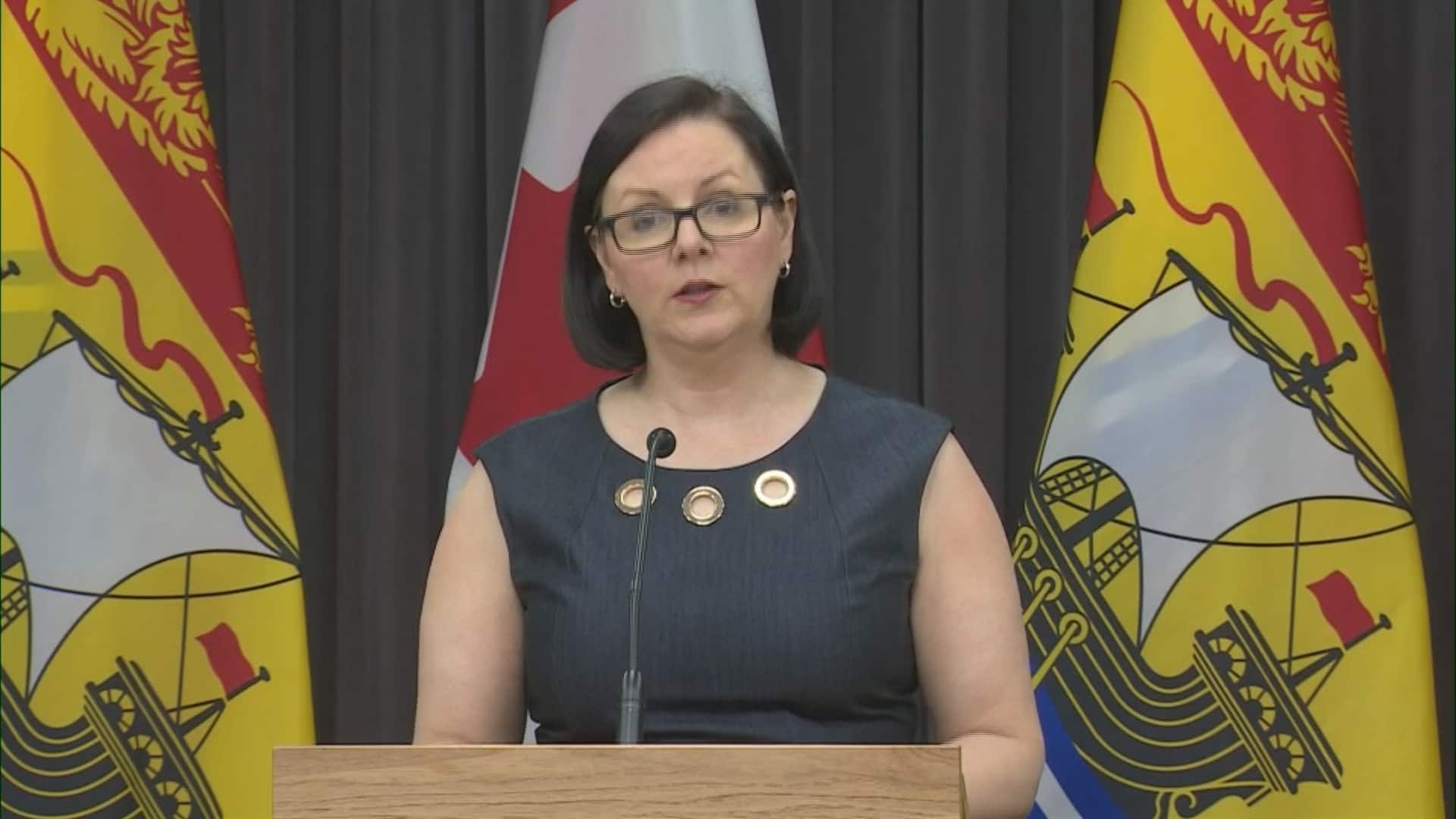 What's a family and friend bubble?

Next Friday, households can host gatherings of 50 people or fewer outdoors, as long as they follow the rules of physical distancing.

"Continue to keep gatherings as small as possible," government said.

The province has said the reopening of other sectors in the province is still yet to be determined. These include:

The province also said large public gatherings will be determined once additional evidence is available on New Brunswick's success in managing any resurgence of the virus.

Starting next Friday, temporary foreign workers will be allowed back in the province after being barred since late April.

"We are still prioritizing the safety of New Brunswickers but as we restart our economy, we have to find the ways to meet the needs of agriculture and seafood sectors," Premier Blaine Higgs said Friday.

Higgs's decision to keep the workers out was devastating to the agriculture and fish-processing sectors, which have come to rely on foreign workers to help them out in warmer months.

At Friday's news briefing, Higgs also acknowledged those impacted by the fire that broke out at Les Pêcheries de Chez Nous facility in Val-Comeau on Thursday.

The seafood processing plant is located in a small coastal community in the regional municipality of Tracadie.

The fire, which destroyed part of the facility, has jeopardized hundreds of jobs.

"My thoughts are with the impacted workers," Higgs said.

Provincial borders could be closed for the entire summer, depending on the number of cases in neighbouring provinces.

Higgs has been adamant about keeping New Brunswick sealed off as much as possible to try to prevent additional cases in the province. And as New Brunswick continues to restart its economy, he said other provinces will wish they were in a similar position.

"I think it's important New Brunswickers understand that we're able to allow the freedom inside the province because of the position we're in right now in relation to the number of active cases," he said.

Borders could also remain closed to property owners from outside the province, but will depend "greatly on where they're coming from."

"At this point, I would just like New Brunswickers to be thankful for the position we're in."

No new cases of COVID-19

No new cases of COVID-19 were announced in the province on Friday.

There is still one active case of the respiratory virus in the Campbellton region, and it's under investigation.

The total number of cases remains at 121, and 120 of those patients have recovered. No one with COVID is in hospital. Russell expects a second wave of the virus to happen, but she doesn't know when.

"We have to continue to move very carefully," Russell said.

To date 21,752 tests have been conducted in New Brunswick.

Province still under state of emergency

New Brunswick is still under the state of emergency that was put into effect March 19 to slow the spread of the coronavirus.

"This does not mean the pandemic is over," said Dr. Jennifer Russell, the chief medical officer of health.

Russell is encouraging people to continue physical distancing, act as though they have COVID-19, and monitor health risks.

Phase two of the province's recovery plan, also known as the orange phase, has been aimed at reopening businesses and activities, while still trying to prevent transmission of the virus.

The yellow phase that started Friday allows more businesses to reopen, larger gatherings and more recreation. But Russell is reminding residents to stay vigilant, because the virus will continue to linger until there's a vaccine.

As New Brunswick tries out a new phase of recovery, the public will no longer get regular briefings from the people in charge.

Premier Blaine Higgs and Jennifer Russell, the chief medical officer of health, have been holding regular briefings about the coronavirus pandemic since early March. At first they briefed the public and took reporters' questions every day of the week, then just on weekdays and lately just three times a week.

On Friday, after Higgs shared details of the next phase of recovery, and both he and Russell warned that the pandemic was not over, the government announced that there would be no further regular briefings.

Briefings will be held when required, the province said, without elaboration.

According to the government website, Service New Brunswick is still offering in-person appointments only, and it's not clear when that might change.

"Service New Brunswick will evaluate their practices from the past and what they've learned and they'll implement going forward what they need to," Premier Blaine Higgs said Friday.

Higgs said the province is looking at serving the public in a "new and more efficient way," which could include more online services.

Meanwhile, the 31,000 New Brunswick drivers who have not been able to renew their licences because of COVID-19 restrictions will also be able to do so online.

Driver's licence renewals, which normally require an in-person visit to a Service New Brunswick centre, were suspended because of the COVID-19 restrictions.

Driver's licences that were valid as of March 16 remain valid until June 30.

Municipal and child-centre playgrounds can reopen

Early learning and child care facilities can resume using outdoor playgrounds and equipment but must continue to follow the required stringent cleaning protocols.

The province said information on which school facilities are open to the public, such as playgrounds and sports fields, is available through each respective school district.

Local governments can also open their parks and playgrounds if they can ensure they meet the requirements outlined by Public Health.

In a news release, the province said registered students can move to New Brunswick to resume or start studies at New Brunswick post-secondary institutions for the fall semester.

This includes students from other provinces and from outside of the country.

However, students will be required to self-isolate for 14 days upon arrival.

"Students are not permitted to commute daily from outside New Brunswick to attend classes," the province said.

Premier Blaine Higgs is defending his decision not to extend a wage top-up to retail workers from a federal program announced earlier this month for people working on the front lines during the coronavirus threat.

The province has identified several categories of workers earning $18 an hour or less to receive a monthly top-up of approximately $500 for 16 weeks for front-line workers.

The federal government is contributing $3 billion to the program nationally and the provinces $1 billion.

Higgs said Friday that New Brunswick has decided to funnel money to people working with vulnerable populations and in front-line health-care roles during efforts to stop the spread of COVID-19.

"Are we thinking at all about next year, or are we only thinking about today?" Higgs said during an interview with Information Morning Fredericton.

New Brunswick workers eligible for the funding include employees in:

The program does not include workers at grocery stores or other retail operations, which the province deemed as essential after the virus arrived in New Brunswick.

But Green Party Leader David Coon argued many essential workers who are deserving of the top-up weren't included in the program.

"We should be recognizing that, and my hope is we'll do exactly that in a second phase but we'll have to wait," said Coon.

People's Alliance Leader Kris Austin agreed there is an appreciation for all essential workers, but the province's financial realities need to be taken into account.

He cited the economic update released Thursday, which included a $300 million deficit, a figure Austin described as a  "conservative" number.

"We're staring down a massive financial problem in New Brunswick, probably like we've never seen in our history. You have to be reasonable about what you do with your money now."

With files from Jordan Gill