It’s not exactly what you’d call a survival skill, but 14-year-old Jesse Alder found herself with so much time on her hands she’s learned to play the fiddle while on a homemade balance board built by her father.

A Sackville father has found a unique way to keep his active kids busy while they are stuck in the house.

Kevin Alder got the idea for a balance board online, and when schools closed nearly three weeks ago, he decided it was a good time to make one.

"I put one together and the kids jumped on it right away and loved it," he said. "Hockey is cancelled and music classes and things like that, so we were trying to keep them busy."

A piece of ABS pipe is placed on the floor with a large skateboard-shaped board sitting on top of it.

His 14-year-old daughter, Jesse, and 12-year-old-son have spent hours mastering their balance.

Jesse has started playing her fiddle while rocking back and forth on the board in the living room.

"It was hard at the beginning, but I got the hang of it quicker than anyone else," she said.

Jesse said it's much harder than she makes it look. 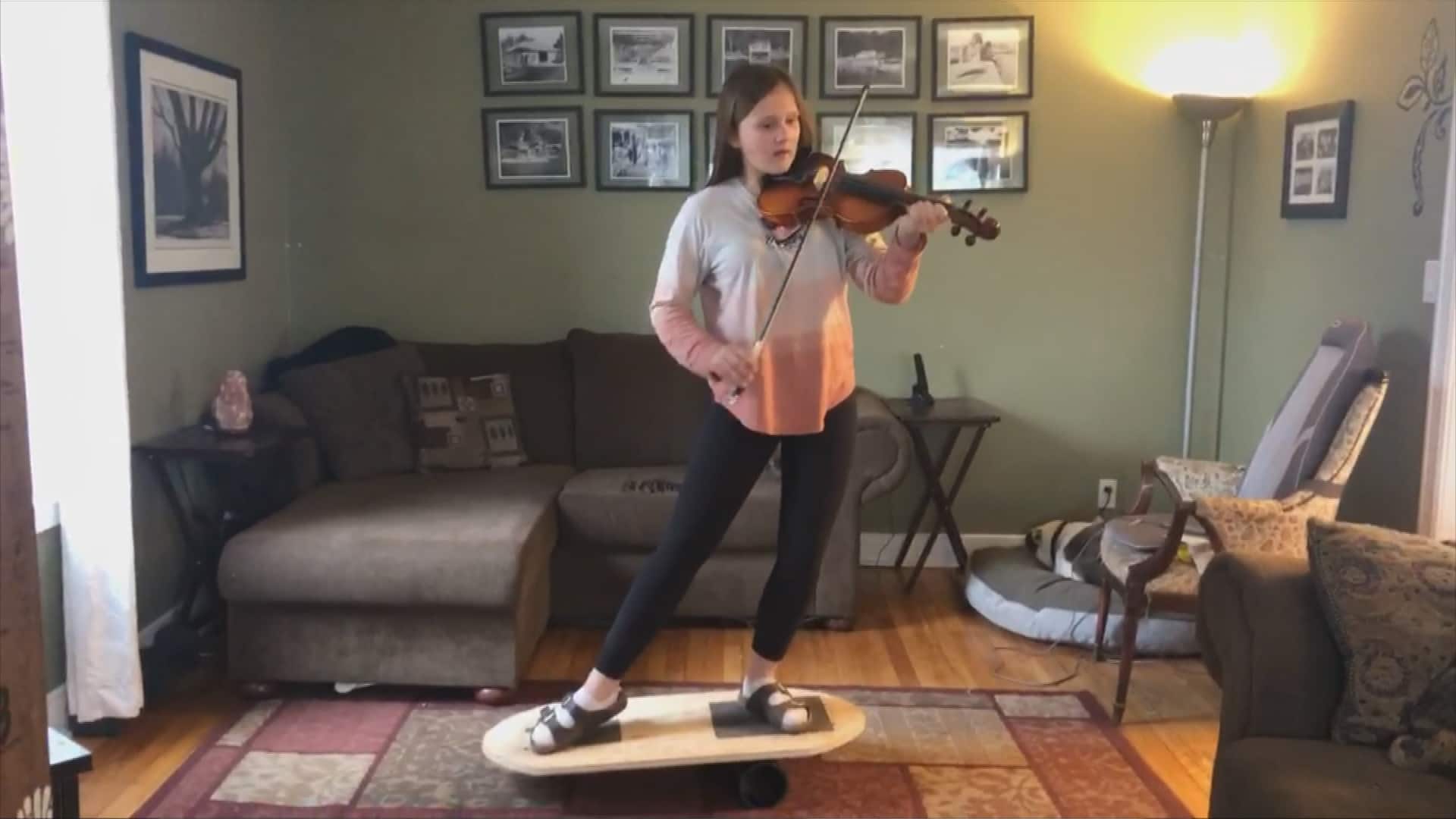 8 months agoVideo
1:19
This Sackville dad built a balance board for his kids to play with during the COVID-19 pandemic. Now, he’s getting dozens of requests from parents in the community who want the same toy for their kids. 1:19

Her brother, Aaron, has been using his balance board to practise his hockey stick-handling skills.

The proud dad posted videos of both his children on social media and said he immediately received a lot of feedback, with some people asking if he would make them one.

The busy father of three, who is also a paramedic, is now selling his balance boards to other bored families stuck in the house during the COVID-19 pandemic.

Kevin said so far about 40 orders have rolled in, which has come in handy for Jesse who was looking for a way to pay for her phone bill since babysitting jobs have dried up.

She has been in the shop every day with her father, helping him to fill the orders.

Kevin does the cutting, and Jesse and Aaron help with assembly and sanding.

Jesse said as she continues to find new ways to pass the time, it's becoming easier to be home all day.

Aaron said it isn't the same as playing on his hockey team, but the balance boards have been a welcome distraction.

"I'm glad I have that now, and we've got the [hockey] net out in the shed, there's lots of ways to keep up and still practice."

Like many families, Aaron and Jesse had been busy with school and activities when everything came to a grinding halt, but the say they are finding a silver lining to being home.

"I can't say I enjoy it, but I like it better than school," said Aaron.