Cory Monteith's death has stunned members of a Fredericton production company that worked with the 31-year-old Glee star last summer. 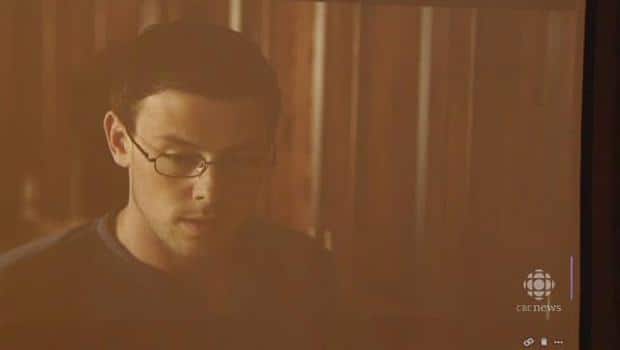 8 years ago
2:26
Cory Monteith’s death has stunned members of a Fredericton production company that worked with the 31-year-old Glee star last summer 2:26

Cory Monteith’s death has stunned members of a Fredericton production company that worked with the 31-year-old Glee star last summer.

Tony Whalen, the owner of Shore Road Pictures Inc., hired Monteith last year to act in their soon-to-be-released movie, All the Wrong Reasons.

Whalen said he agreed to be in the small budget film, which was shot in Halifax, once he read the script.

It is an ensemble film about co-workers at a big-box department store and Monteith plays the store manager.

"We were very happy with it, he was really good, really intense," he said.

Denis Theriault, a Fredericton-born actor, appeared in the movie with Monteith.

He said he was expecting to see Monteith in a few months at the film’s premiere.

He said working with Monteith was a life-changing experience.

"It was inspiring for me, just to be on that set with him," he said.

Whalen and Theriault said Monteith was extremely committed to the project and regularly flew back and forth from Los Angeles and Halifax so he could continue the movie but also appear at Glee photo shoots.

Monteith had another New Brunswick connection.

He told CBC he's expecting to leave for British Columbia soon for his son’s funeral.

But he said he was too overwhelmed to comment further.

Monteith was found dead in his Vancouver hotel room on Saturday afternoon.

The B.C. Coroners Service completed both an autopsy and toxicology tests on the Glee star on Monday.

The results of both the autopsy and the toxicology tests are not expected to be released for several days.

Investigators have said there is no sign of foul play and no obvious indication of what caused his death.

Police said Monteith had been out with people earlier, but video and electronic records from the Fairmont Pacific Rim hotel indicated he returned to his room by himself early Saturday morning. He was believed to be alone when he died.

Monteith had spoken in the past about previous problems with addiction issues.

The actor had admitted himself to a treatment facility in April for substance addiction. He had also received treatment when he was 19.